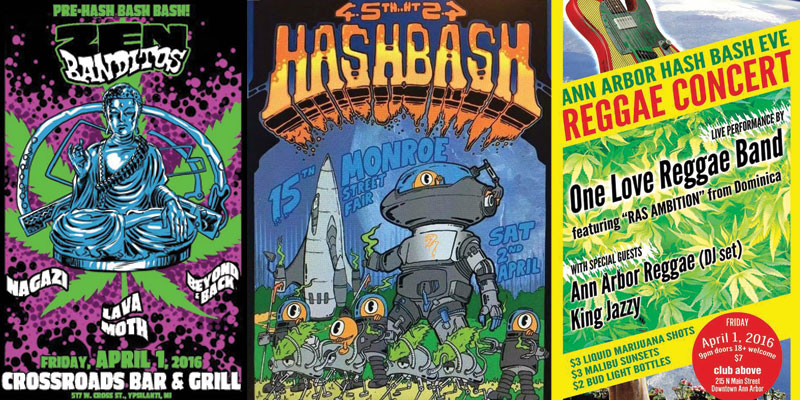 Hash Bash is going down this weekend on the Diag, which means Ann Arbor will be flooded with weed supporters from far and wide. The annual demonstration has been going on since the 1972 Michigan Supreme Court ruling exonerating John Sinclair of his possession charge and leaving Michigan without any laws prohibiting the use of marijuana for several weeks. The 45th annual Hash Bash is this Saturday, April 2nd.

The Monroe Street Fair, Hash Bash’s cultural extension started in 2002, is just blocks away and showcases vendors, musicians, activists and artists that make up the eclectic marijuana community. Businesses in Ann Arbor and Ypsi embrace the celebration, throwing ancillary parties that extend this weed fest well into Sunday morning.

This is the complete guide to a weekend of weed filled fun in Washtenaw County.

This auction and fundraiser will benefit Michigan NORML. The event is free and open to the public.

Pre-party with the flyest vibes in Ann Arbor the night before Hash Bash with One Love Reggae Band feat. "Ras Ambition" from Dominica
Special guests: Ann Arbor Reggae and King Jazzy B 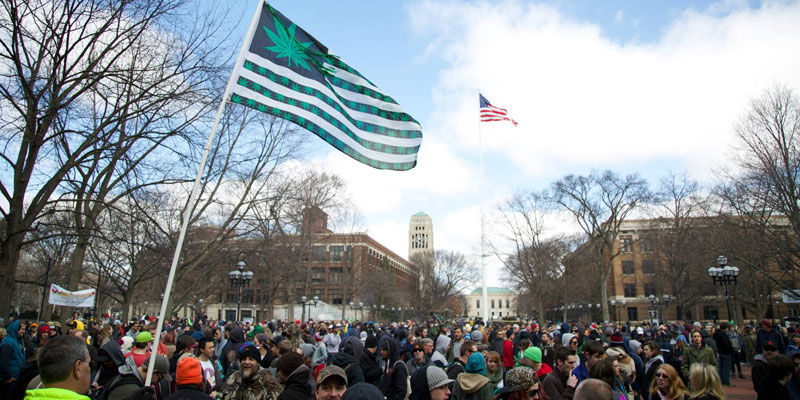 This free festival has live music and vendors. The event is free and open to the public.
Highlight: Tommy Chong will be signing autographs and taking photos as well as leading the 4:20 countdown.
Music: MUGEN HOSO, Bison Machine, King Jazzy, The Kung Fu Lovers, Zack and What Army, Black Note Graffiti and Bronze Mambas

Detroit duo Golf Clap will be performing a Hash Bash Late Night after party at the Blind Pig with Roman G. Martinez, and Isaac Castor. At 9:30 PM, Detroit jazz-poet maven and counter-culture mega-icon John Sinclair will be starting off the night with members of the Macpodz.

This after party will have music, art and vendors Ft. TOADFACE, Tek-Mazter, Ascentient