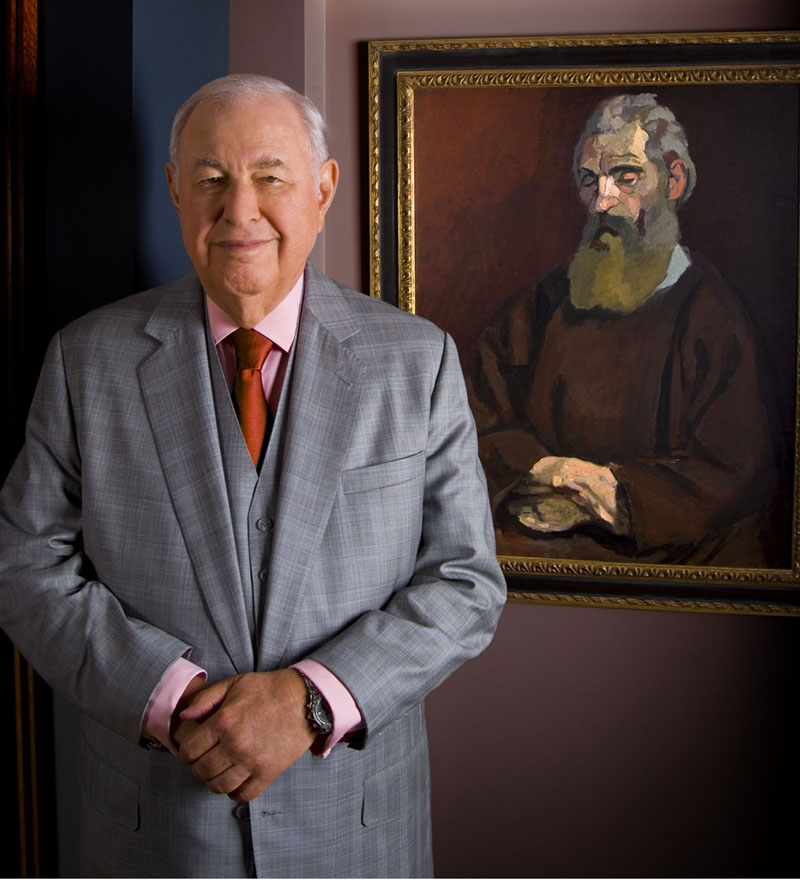 Al Taubman was a big man. Not his football lineman stature, but a man who had a big heart, big vision, big integrity. He was, to use an overused Yiddish term, a mensch. A real man. A rare man. A Michigan man.

If you love the University of Michigan like I do, you have to love and revere the memory of Al Taubman, who passed away in his Bloomfield Hills home recently. On the University of Michigan campus, you really can’t move without passing a building or a program that he sponsored and paid for. When I was doing my doctoral research I spent my most profitable time in the Taubman Health Services Library. When I broke my leg a few years ago playing the world’s most dangerous game (golf) I was rehabilitated in the Taubman wing of the University of Michigan Hospital. When researching the coolest ArtBeat stories for my readers and fans I frequently turn to the Taubman College of Architecture and Urban Planning. Mr. Taubman attended UM architecture school after his stint in the army and was a member of the Zeta Beta Tau fraternity. But he dropped out, the same way Bill Gates dropped out of college—they got the picture and moved on to bigger things. And don’t forget the Taubman Biomedical Science Research Building dedicated to stem cell research. His donations to UM amount to the largest, most generous gifts in Michigan history. Not just Michigan. Look at the Taubman Center for Public Policy at Brown University, the Taubman Center for State and Local Government at Harvard, the lovely Taubman Student Services Center at Lawrence Technological University, where he also took classes, and the amazing Taubman Center for Design Education at Detroit’s College for Creative Studies. There’s really much more, but I think we’ve got the picture.

Taubman worked as a child during the Depression to help support his family. He made his real money by inventing what is now known as the “shopping mall.” We take shopping malls for granted, clichés even, so common that they go unnoticed, but there was a time when they simply didn’t exist. It was Al Taubman who realized that they were a perfect fit for post-war suburbanite consumers. He built them first and upscale and he made a lot of money. Billions.  And he branched out. He got into the restaurant business by purchasing the A&W chain. He bought two high-end department store chains. He acquired the Michigan Panthers of the United States Football League (starring UM all-time great receiver Anthony Carter). With Henry Ford II and Max Fisher he bought the 77,000-acre Irvine Ranch in Los Angeles, a deal he called the best since the Louisiana Purchase. He bailed out an ailing Sotheby’s art auction house and made it more profitable than arch-rival Christie’s. He did it all with heart and vision and integrity.

In one of the most absurd and disgraceful examples of legal malfeasance in American history, Al Taubman, philanthropist extraordinaire, business genius, loving family man, UM benefactor nonpareil was actually convicted of a trumped-up charge of price-fixing between Sotheby’s and Christie’s. It was based on the false testimony of the real criminal, the scumbag who was running Sotheby’s at the time, who gave false testimony to save her own guilty neck. It is an object lesson to all of us. When the government wants to bring its bottomless resources against you it is very difficult, no matter how much money you have, to rest assured that justice will be served. As a result of that bogus conviction Big Al suffered a great loss. He lost 27 pounds. Rest in peace, sir. The memory of your brilliant life is eternal.