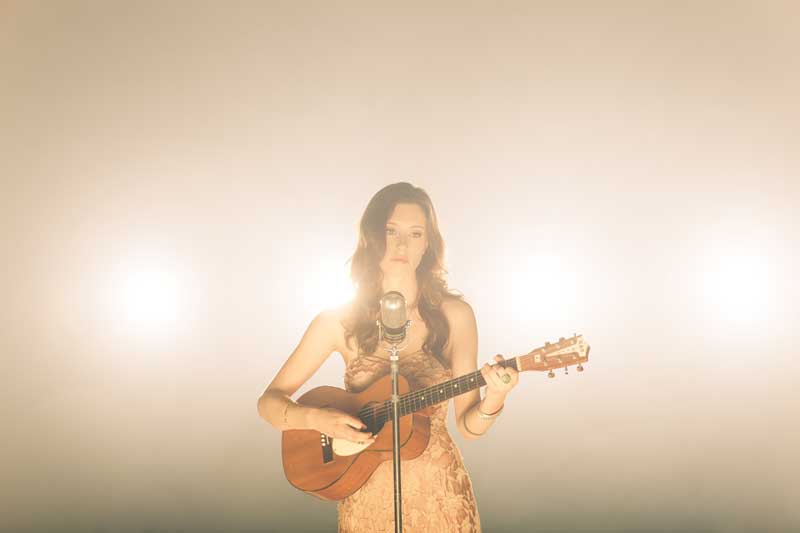 It’s almost impossible to talk about Lera Lynn without trying in vain to pin down the genre that best defines her music. The velvet-voiced Nashville singer-songwriter’s sound has been described as “Americana,” “Alt Country,” “Folk” and just about everything between. While none of those tags is inaccurate, Lynn’s unique blend defies categorization.

Listening to her latest record “The Avenues,” it’s easy to see why Lynn’s music has accumulated such wide variety of descriptors. Her rich, haunting voice is as timeless as her raw and confessional songwriting. Lynn’s style recalls artists as disparate as Patsy Cline and Neko Case.

This stylistic pastiche is no put-on; it’s Lynn’s natural form of expression. She has said this new record is “the culmination of a life spent in music.”

“I sang in the church choir when I was very small child,” she said. “I guess it started there.”

Lynn’s childhood was steeped in music. At one point her mother even pursued a career in singing. “She gave that up when she had me, but she did continue to perform often when I was younger so I was always around that. And we had instruments around the house. Music was always playing.”

Lynn started playing violin when she was 10 years old, and eventually switched to writing songs on guitar. She humbly describes these early efforts as “really, really bad.”

“I think there were a lot of singer-songwriters out at that time,” Lynn recalls. “Fiona Apple was coming out, and Alanis Morissette, Sarah McLachlan, Sheryl Crow, Jewel—all playing guitar and playing piano and writing their own songs. It just seemed like the thing to do. I never thought twice about it. If you want to sing you have to write your own songs.”

Lynn found a forum to develop her unique voice in Athens, GA’s thriving music scene, which is famous for fostering artists as diverse as R.E.M., The B-52s, and Drive-By Truckers. There she recorded her debut album, “Have You Met Lera Lynn?” and won “Best Americana Artist” at Athens’ Flagpole Music Awards.

“I’m really grateful for my time spent in Athens. It gave me a different approach to Americana music than growing up playing in Nashville would have,” Lynn said. “It’s kind of an indie rock town. Athens has a certain uniqueness to it.”

In 2012 Lynn relocated to Nashville, and she credits the change in scenery with bolstering her confidence in both songwriting and performing. “In Nashville there are a lot of singers and songwriters who are insanely talented,”
Lynn said. “It’s forced me to be better.”

Living in the capital of Americana and country music has taught Lynn how to stand out among the crowd. “You have to work really hard and be really good at being you. That’s probably the most important lesson I’ve learned so far.”

With “The Avenues,” Lynn’s recording career has finally caught up with the self-assured stage presence she has developed in the last two years in Nashville. While her debut was recorded piecemeal, with Lynn playing most of the instruments, her new LP was recorded in close collaboration with producer and multi-instrumentalist Joshua Grange. Grange’s gentle, ethereal production turns each song into its own little world without overshadowing Lynn’s lush vocals.

Lynn met Grange while on tour with K.D. Lang in 2012. The record has the classic feel of the Linda Ronstadt and J.J. Cale records Lynn and Grange bonded over during their time on the road together.

“A lot of the time it’s whoever’s the loudest and who gets in your face that gets noticed. I really appreciate subtlety,” Lynn said, describing Grange’s approach to producing the album.

In a way, that statement also describes her own style more accurately than any genre could.