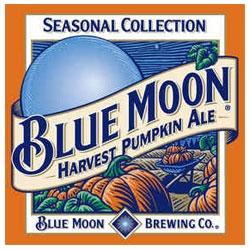 Do you know where your beer’s been?

Despite the seemingly endless supply of beer choices and the onslaught of little guy craft brewers, a few big beer companies have been busy getting bigger over the last few decades. NPR offers a handy beer map highlighting two brewski companies and their 210 brands worldwide. read more

Oscar Pistorius, dubbed “Blade Runner” by the internet, is accused of killing his girlfriend last week, supposedly over texts from an ex-boyfriend. According to USA Today, “Oscar Pistorius sobbed as his affidavit was read in court Tuesday in Pretoria, saying he was “filled with horror and fear” when he mistook girlfriend Reeva Steenkamp for an intruder and accidentally shot and killed her.”

Blade Runner rose to fame as the double-amputee-silver-medal-winning-sprinter during the 2012 Summer Olympics. The case grows stranger as Pistorius began giving his side of the story Tuesday. Besides losing his girlfriend, Nike has also canceled their sponsorship deal with Pistorius. read more

Think your Monday is the pits? It could always be worse. Buzzfeed offers the “33 Most Deeply Upsetting Food Surprises.” read more