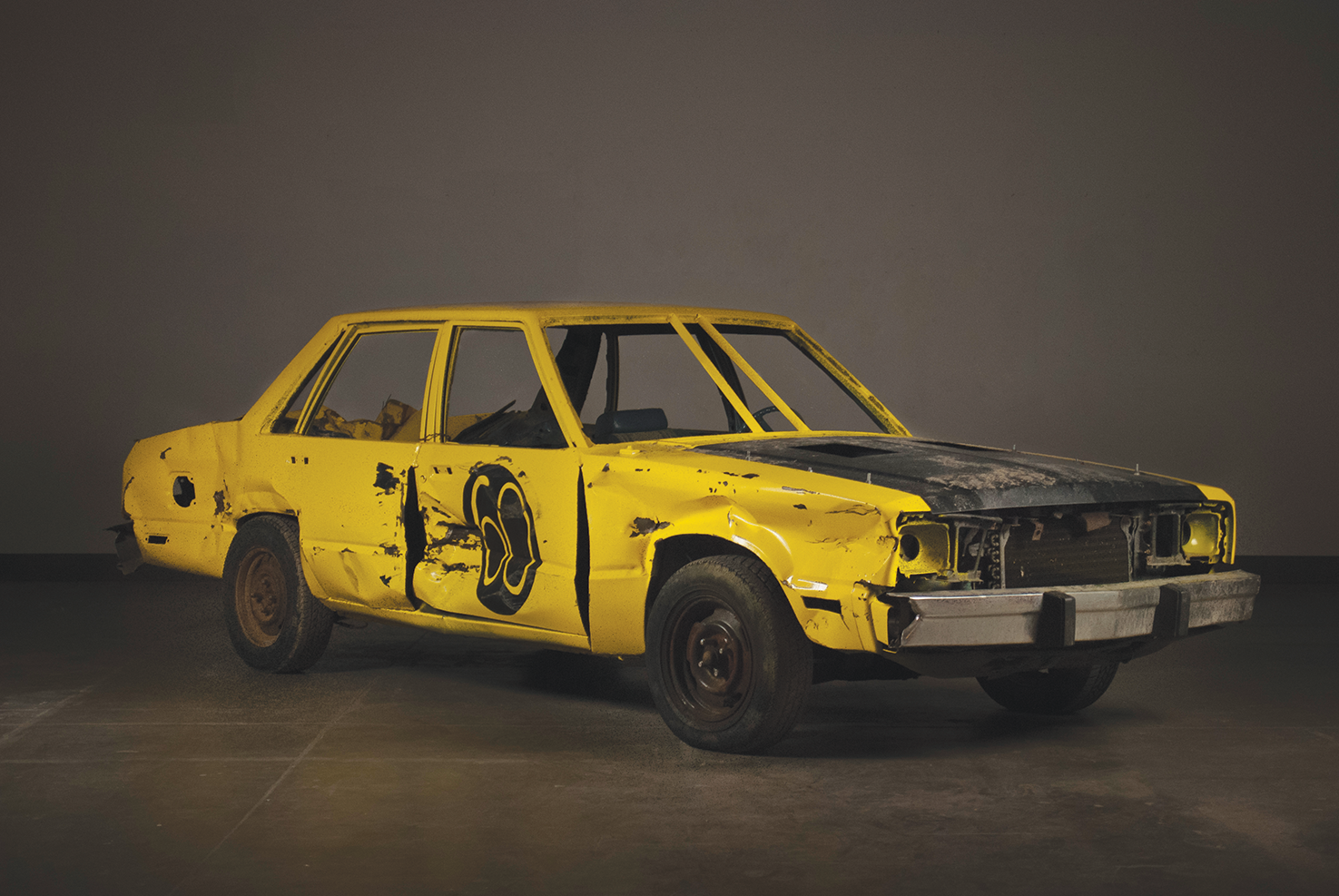 Trevor King is a multidisciplinary artist whose creative practice is fundamentally grounded in sculpture. A son of the Pennsylvania rust belt, King’s work delves into themes of identity, the passage of time, and personal narrative. He received his Bachelor of Fine Arts degree at Slippery Rock University, and is currently a Masters student in Art and Design at the University of Michigan. In 2010, King studied abroad at the Academy of Fine Arts in Poznan, Poland, and in 2013 undertook a two month research expedition in the Himalayan landscape of western and central Nepal.

Meade Bailey: Why don't we begin by you telling me why you came to Ann Arbor, and what you found appealing here as an artist over other parts of the U.S.?

Trevor King: I came to Ann Arbor for the MFA program at the University of Michigan. I was looking for an interdisciplinary program where I would be able to work in a variety of mediums and processes. I was also attracted to the large pool of faculty here, who have been great to work with. One other really attractive factor was that this school has a lot of great resources, facilities, and equipment to work with.

This might seem like a small comment, but since I've been working here I have found it to be a really great place to make a lot of different kinds of work, there are a lot of helpful fabricators around, like Plastic Tech for example, who I've worked with a bit. 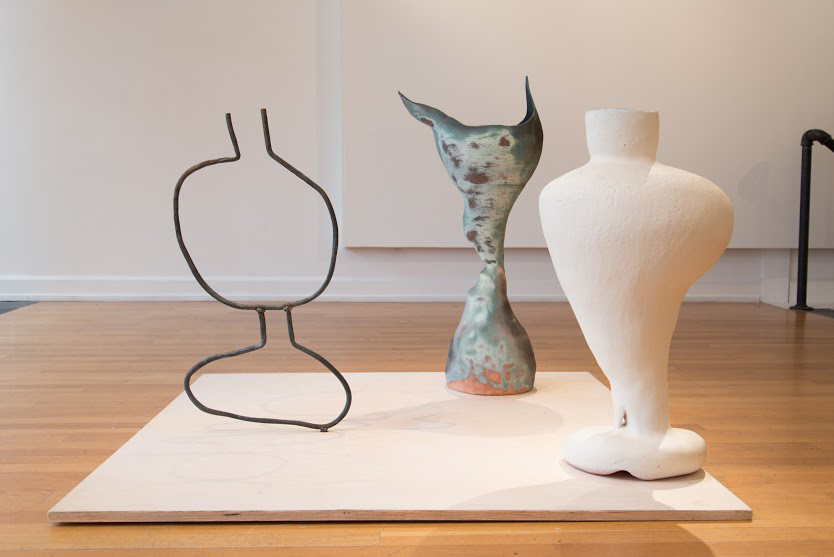 Interesting. What faculty in particular were you looking to work with before coming to Ann Arbor?

Well, I’ve really learned a lot from Susan Crowell, Robert Platt, Sadashi Inuzuka, Franc Nunoo-Quarcoo and Matt Kenyon. Those are the faculty who I’ve worked closest with. Jim Cogswell, Osman Khan and John Marshall have also been really influential on my practice.

Wow! That’s a lot of professors to be working with! How do you think your work has changed as a result of being here?

I feel like I’ve been able to experiment with scale. The program has supported me in a way where I could really invest in something, and not have to worry about risk/failure, and I think both of those things can teach you a lot.

That’s an interesting perspective, and I think one of the reasons I wanted to speak with you. I recently heard about a performance you did where you entered the demolition derby. Could you tell me a little bit more about this project?

Certainly. The goal of the project was to make a sculpture of a demolition derby car, and rather than clay or bronze another traditional sculpting material, I decided to use a 1980 Ford Fairmont as the material, and the derby as the process.

I think the work can be understood in several ways, at least I hope. In some ways I feel like it raises questions about conventions in art making. From another really direct perspective, I was fascinated with deconstructing the meaning of the demolition derby itself. I see them as events where machismo, violence, fragility and mortality are all conflated, in both physical and metaphorical means. I like these paradoxical relationships.

At the center of the work was the transformation for the car. I think what I was looking at was just how we are affected by time.

And how did you do? Did you win?

Hahaha, no. I lost big time. My attitude going in was that if you have an old car, you could make only the most necessary changes to it, and run it in a derby to give it a valiant death. That was not how the competition approached the event. Folks around here take derbying seriously.

Do you take the derby seriously? Or are you outside the event?

I take it seriously, but I was naive. One thing about this work was that I decided, if I was going to do something that is considered a performance piece, I wanted it to be on the terms of the everyday. In that way I wanted it to involve real hope, and real risk.

I am not a seasoned gearhead, but I was severely disappointed in my performance. This became important later in the video documentation, which is a part of the way I exhibit the work. The film is a two channel projection, a view inside the car, and a spectators view from the stands. It can be seen as a modern day flight of Icarus.

Just in terms of hoping to do something great and flying too close to the sun, so to speak.

So, will you compete again?

I haven’t decided yet. The car still runs, and it’s been parked behind my studio. I hear it whispering to me, but I’m not sure. I don’t know what that would mean for the work.

Hmmm. I think I understand. What other opportunities do you you think you’ve received as a result of being in Ann Arbor?

My formal training is in ceramics, and I’ve found that there is a great clay culture here. There are always provocative thinkers coming through Ann Arbor. Last week I met Heman Chong, a great curator and artist. Last fall I had dinner with Antony Gormley, one of my art heroes, and now I’m get preparing to go work for him this summer in London.

Would you mind speaking a little bit more about the clay culture that you’re speaking about?

Yes, perhaps some of that was lost when our school moved towards an interdisciplinary curriculum. The town itself still maintains a vibrant clay community. One great artist and potter I’m thinking of is John Leyland.

Are there other people or events that make for the great clay culture here?

There is an availability of clay classes, the Ann Arbor Potters Guild offers classes as well as Yourist studio and I believe the Ann Arbor Arts Center as well. Also, this isn’t specific to Ann Arbor, but there is the annual Michigan Mud event, which brought in several artist/presenters this year, including my favorite potter Josh DeWeese.

Interesting. Are there many students like yourself working in clay in addition to more large scale performances? Are most of your classmates, as you say, interdisciplinary?

There are students working in a variety of mediums and academic disciplines. One of my colleagues is heavily invested in both painting and law.

Wow! That’s very unusual. It seems like this is a very interesting place to be making work. Do you imagine you will stay in Washtenaw county after you complete your degree? It seems like it has been good to you.

It has been good to me, but in the life of an artist nothing is ever fixed. We’ll see what opportunities arise. I certainly would not mind spending more time here.