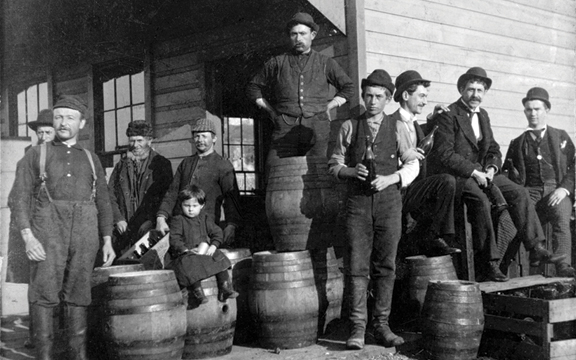 Ann Arborites are known to love books and beer. Now, thanks to local author David Bardallis, we can enjoy both at once—on a very local level. Bardallis’ new book, Ann Arbor Beer, tells the sudsy history of Tree Town—from waves of German immigrants and their biergartens, to Prohibition-defying students, and
more recently to a trendsetting tide of microbreweries. Bardallis has years of experience as a beer columnist, writing for MLive.com, Great Lakes Brewing News, Michigan Beer Guide, and more. Current recently sat down with Bardallis to discuss the book as well as to find out what’s (literally) on tap in the near future.

What’s your personal background with beer?

Well, I’ve been drinking it for a long time. My oldest brother Mike is a brewer at Grizzly Peak, but he’s been a home brewer since the ‘80s. I’d go over to his house and help him—even if that just meant watching him do everything. In the mid-90s, a friend and I started brewing for a few years. But then I just decided I’d rather drink other people’s beer than make it myself.

What discoveries did you make in your research?

Oh, there were many. 19th century Ann Arbor sounds like a very interesting place. Carrie Nation, the famous Prohibitionist who used to smash up saloons with axes, visited Ann Arbor once and later, wrote about it in her memoirs. She said, “I have been to all the principal universities of the United States. At Cambridge, where Harvard is situated, there are no saloons allowed. But in Ann Arbor, the places are thick, where manhood is drugged and destroyed.” The students basically heckled her and chased the carriage that took her away. That was her greeting in Ann Arbor. There’s a bunch of other stories like that.

What makes Ann Arbor’s beer scene different from other cities?

Ann Arbor’s always been friendly to microbrews. Ashley’s has been doing the multi-tap thing before anybody knew what that was. Another thing that’s unique is that Wolverine [State Brewing] makes all lagers. There’s probably no more than a handful of microbreweries in the whole country that does that, because lagers take longer and cost more to make. We also have the oldest home brewer’s club in the state, The Ann Arbor Brewers Guild, which was started formally in 1986, and today is over 200 members strong.

Do you have any favorite local brews?

I’m drinking one of them right now: the Huxell. It’s the best beer Arbor Brewing Company makes, in my opinion. It’s got a nice hoppy bite to it, but also a nice cereal maltiness. So it’s well-balanced, and it’s only about 4% ABV.

Are there any new beers coming out soon that you’re excited about?

I believe that Arbor released their Phat Abbot Dubbel in November. That is an excellent beer. It’s dark, kind of malty, not quite sour, slightly chocolatey and kind of boozy too. But it’s still pretty smooth and easy to drink. Dangerous. And Jolly Pumpkin’s Noel de Calabaza usually comes out around Thanksgiving. It’s a sour beer, but with a nice, malty, chocolate-y depth to it. It’s really good.

Ann Arbor Beer is available at Literati, Nicola’s Books, and Adventures in Homebrewing, and on Amazon. Bardallis will also be signing books at World of Beer,Suite 4, 1300 S. University Ave., on Tuesday, November 5th, 7pm. Bardallis’s informative webpage is live at annarborbeer.com 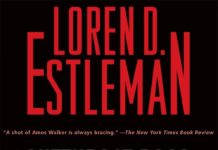 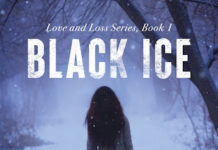