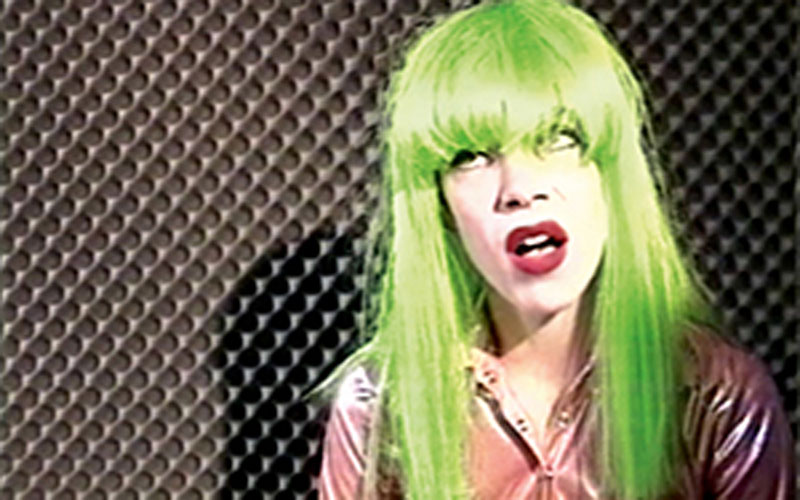 The year 1990 was a landmark year. The Cold War ended, Nelson Mandela was set free, and George Bush Sr. was Time Magazine’s man of the year. The first episode of Seinfeld premiered on NBC, the first episode of Twin Peaks on ABC, and the first episode of The Simpsons on Fox. And by the mid 90’s, things were shifting still. The wheels of commerce were speeding up, the White House was changing hands, and people across the world were going online.

Whatever you remember best from that decade that started with Wilson Phillips and ended with Britney Spears, there is no doubt that the 1990’s left an indelible impression on our cultural and artistic landscape. In October the University of Michigan Museum of Art will present an exhibition that examines the art of that decade. Come as You Are: Art of the 1990s will feature works by 46 artists representing the complex artistic and cultural relevance of the 1990s. The exhibition was curated by Montclair Art Museum’s Alexandra Schwartz.

“Two major phenomena  happened in the 1990’s that continue to shape the contemporary art world today,” said Schwartz in an interview with Current. “The advent of digital technologies shaped the art of the period, and continues to have a huge impact on art today, in terms of how artists use technologies and how art is disseminated.” Schwartz added that the rise of globalization in the 1990s also had a large effect on the way art was created, as well as how it was shared and discussed.

Come As You Are consists of artists working across mediums and media. The exhibition will feature paintings, sculpture, installation art, video, prints, and more. “One of the most important aspects of the period,” said Schwartz, “is how artists increasingly mixed media, particularly in large-scale installations.” The work certainly comments on the challenges and opportunities surrounding art in the 1990s, but audiences will see that the exhibition also tackles many themes that still compel artists and social activists today.  Much of the work  deals directly with the issues of race, gender, sexuality, and class that punctuated the last decade of the twentieth century.

“It’s interesting to think about both how the culture now has changed since the 90s, and how many things are similar,” says Schwartz. “Race was an enormous issue in 90s art, reflecting the Rodney King beating, LA Riots, Anita Hill controversy, etc. Today, with the events of the last year (Ferguson, Baltimore, Charleston, and so many more),  the issues are as pressing as ever, and it’s fascinating to think of how artists in the 90s dealt with these issues, compared to how artists are thinking about them today.”

Come As You Are runs from October 17 through January 31 at the University of Michigan Museum of Art.  “Audiences have been really enjoying it,” commented Schwartz, “particularly when they think about what they were doing in the 90s—or, for younger viewers, what they have heard about the decade—and relate these experiences to the art.”