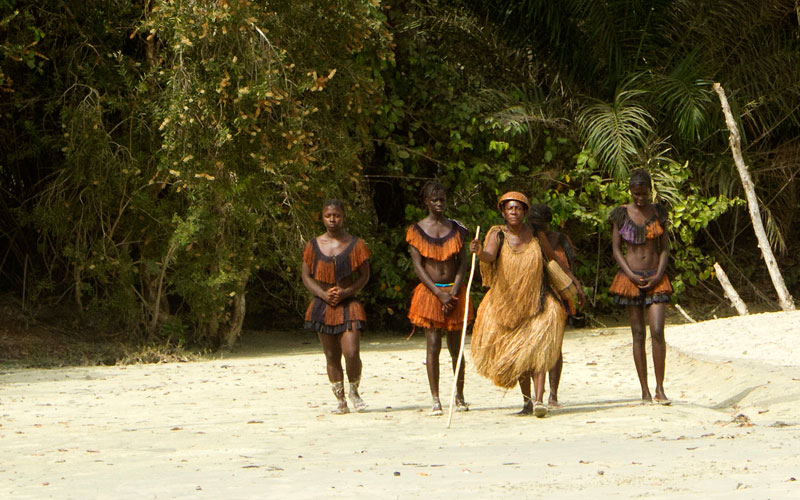 Fernando Arenas, a Professor in the Romance Languages and Literature Department and Associate Chair of African Studies at the University of Michigan, started the Lusophone Film Festival in 2013, with the aim to introduce the wide array of cultures that speak Portuguese and the films created within those cultures.  Due to positive response from the community the festival, which has been underway since September 24th, is happening again this year, and has expanded to include 11 internationally acclaimed and Oscar nominated films which will be shown every other week until the end of November.

Current: Why Ann Arbor for a Portuguese language film festival?

Arenas: I taught at the University of Minnesota for 16 years before coming here to develop the Portuguese Program.  As part of our curriculum we wanted to involve the community in cultural events. I organized the first version of this festival in 2013 and it got a tremendous amount of support from the University and, very importantly, the Brazil Initiative, started by the former President of the University of Michigan, Mary Coleman. A large part of the funding has come from this strategic initiative.

Back in 2013 we had 7 films and it was a semester-long event. These are contemporary films from various countries that deal with current social issues from a variety of angles, aesthetic approaches and that represent not only male filmmakers but also female  directors, veteran and emerging filmmakers.  A lot of these films have circulated in international film festivals around the world and quite a few of of them have made it to “best-of” lists from film critics in 2013 and 2014.  Some of them have won major awards.  For instance, the film that starts off the festival, Second Mother, premiered at Sundance and won the award for Best Actress (both the main actress and the actress that plays her daughter). It was also selected by Brazil to represent it in the Oscar race.

There really is a film for everyone here.  Topics include living with HIV, military dictatorships, LGBT, mothers/daughters, race, gender, sexual identity, kings and queens, immigration, war and mental illness.  I was impressed with the contrast I noticed between when I was first starting to learn Portuguese and was watching films from my University library, I believe there were 4 films that we had available (Elite Troop, City of God, The Bug with 7 heads, and God is Brazilian).  What changes have you observed?

I think the answer is looking at a longer historical picture.  Since the mid 1990s when Brazil underwent democratization, the government implemented policies that provided tax incentives to private corporations to support the arts and culture including cinema.  It’s a formula that became very successful formula in reviving the Brazilian film industry.

If you compare that to Portugal, Portuguese cinema has been an extreme example of cinema that has been non-commercial and not mainstream, heavily subsidized by the Portuguese government and the European Union.  Films reflect very difficult matters and are very author-driven, but very engaged with cinematic art and innovative.  In the case of African countries you have a very small production and those tend to be 100% dependent on foreign support, and in the case of Angola dependent on the government, who has quite a bit of oil wealth.  They tend to be co-productions involving multiple countries.  It’s a time of change because television is now being able to be produced even in very poor remote countries like Guinnea-Bissau, which may not follow the path of 35mm films.

If someone reading this article will only be able to make it to one film, which one is the one they’ve got to see?

Well we are certainty hoping that won’t be the case since this goes for an entire semester and there are a lot to choose from.

NJINGA Queen of Angola – Visually stunning.  This is a remarkable film because it is an African epic film that is so lavishly produced and stunning in its photography that no one can be left indifferent to the beauty of the film.  It talks about a time period that not many people know about which is 17th century when slave trade was raging and Angola.  Njinga was an African Queen of the Kingdom of Matamba.  She emerges as an independent African ruler who defies European colonial rule and that in and of itself is worth taking a look at.

What now?  Remind Me – Best of 2013 list. It’s the story of a sound engineer who travels the world and inventories sound.  The story addresses what its like to be a person living with HIV for so long, two decades more or less, and the trials of that.  It’s a mixture of art, cinema personal health, politics on a national scale and on an intimate level.  It’s the longest of all the films almost 3 hours long.  Its quite amazing.

White Out, Black In – Most experimental.  Mixture of documentary, fictional feature film and science fiction.  The story features middle age black men who live in the poor outskirts of Brasilia who, when they were younger, lived in a working class suburb where they worked as DJ’s.  One of those parties was once raided and some of the people were beaten savagely by the police.  These two men, now probably in their 40’s or 50’s, are dealing with the mental and physical trauma of this event. Instead of simply telling the story of their trauma the story shows them trying to cope with this trauma and trying to imagine a better world.  That’s where the science fiction piece comes in.

Tattoo –Most vivacious. Very exciting and very dynamic filmmakers.  Takes place during the military dictatorship and follows a cabaret that has shows with a mixture of song and dance. It was subversive but not in a different kind of militancy that’s more related to the body and to sexuality and gender that defies the conservative morality of the military at the time.  In this way it’s a look back into history to a place in time that still resonates today because there were a lot of the pioneers in the 60s and 70s who revolutionized gender, sexuality and desire.  The film is very carnival-esque in its treatment of this subject so I’m very happy to place it at the end as sort of a grand finale for this film fest.

The Lusophone Film Festival sponsored by multiple departments at the University of Michigan and the Brazil Initiative will run through December 3rd.  There is no cost of admission and more information can be found online at: https://www.lsa.umich.edu/rll/events/lusophonefilmfest  And of course, don’t forget to watch the Oscars this year and to see if Second Mother wins Best Foreign Film!