Longtime owners of Four Directions in downtown Ann Arbor have recently announced their retirement. Longtime owners Karen and Alan Freedman have already sold their shop and Four Directions is now under new ownership. However, the store will remain open to the public and sell their gemstones, jewelry, fossils, and even dinosaur eggs.

Briarwood Mall is seeing quite a few changes this month with a handful of stores closing. It’s said that the mall owner is looking to change the stores in the mall into office spaces. Hopefully, this doesn’t mean Ann Arbor will be losing it’s only walk-in mall.

Longstanding Godiva Chocolatier will be closing all their brick-and-mortar stores nationwide, including the one in Briarwood. All Godiva stores will be closed by March 2021, but when Ann Arbor’s store will close is unclear.

Mall store Papyrus is closing all their stores, including the one in Briarwood. Employees confirmed that the last day of the store was Thursday, January 23.

Sweden-based clothing store H&M will be officially closing its doors on February 13. Although the company spokesperson did not confirm this, a store manager did note when the last day of the store will be.

Additionally, Williams-Sonoma in Briarwood Mall has also closed its doors. As of Monday, January 25, the store has confirmed that the storefront is empty with covered-up doors and windows.

Finally, L’Occitane in Briarwood Mall has packed up their shop as well. The company filed for Chapter 11 bankruptcy.

On a positive note, Detroit-based, family owned restaurant Chicken Shack, which will be located on Ellsworth in Ypsilanti, is well on its way to opening their doors. Although the open was slated for late 2020, COVID has pushed the open date back. There is no set open date just yet, but building and construction seem to be coming along nicely! 2547 Ellsworth Rd., Ypsilanti. 734-219-9000. chickenshack.com.

Ypsilanti has seen the opening of their first Halal burger joint. Blazin’ Burgers opened their doors this month, offering halal takeout and delivery to customers who want something different. 2593 Ellsworth Rd., Ypsilanti. 734-905-7480. blazinburgerz.com.

Chelsea Burger, which opened in late December, has announced that on February 3, they will begin serving dinner. The latest burger joint in Chelsea has been consistent with selling lunch specials, but has shifted focus to include dinner as well. 110 W. Middle St., Chelsea. 734-562-2916. mychelseaburger.com. 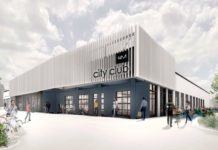