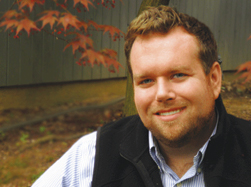 This month, the Arbor Opera Theater (AOT) celebrates its 15th year of bringing opera to Ann Arbor audiences. 2014’s summer season boasts two productions: Rogers and Hammerstein’s classic The Sound of Music, and a commemorative gala performance. The gala will feature arias and scenes from operas AOT has produced over the past 15 years, sung by alums of the company. Audiences will hear selections from Carmen, La Boheme, La Traviata, The Marriage of Figaro, Don Giovanni, and Lucia di Lammermoor, all accompanied by a full orchestra.

Shawn McDonald, co-founder and artistic director for AOT, explains that while the company is a professional performance organization, it has a bigger goal. “Our mission is to help singers bridge the gap between academia and the professional world. In order to get an agent, they have to have professional experience. But in order to get that, they need an agent. We help with that in-between step by giving them some professional performance opportunities, so they can hopefully go on and work for larger organizations and get an agent who will manage their careers.”

And this formula works. Many singers who started their careers with AOT have gone on to sing in major opera houses and festivals across the United States and Europe. Shawn McDonald says that quite a few of these artists will be returning to the A2 in June to perform in the 15-year anniversary gala. Not only does AOT support local singers, it also draws vocal talent to Ann Arbor. McDonald says that the company frequently attracts singers from around the country, and sometimes from around the world.

Like any other arts organization, AOT has seen its share of challenges and changes in the past 15 years, but AOT has survived where other opera companies have not. “We rely on a large volunteer corps to make the organization go, and we don’t have a paid staff,” says McDonald. In addition, AOT has a devoted audience in the Ann Arbor area. Some of these audience members will be helping to put on the 15th season by volunteering with costuming, theater tech, and even appearing in the chorus.

And AOT is always looking to grow its audience, which contributed to the decision to produce this season’s performance. The Sound of Music is a family-friendly favorite, and gives young singers an opportunity to train in a popular performance style. McDonald also believes that newcomers to opera will find a great jumping-off point in this musical. In fact, thanks to some generous donors, AOT will be giving away 200 tickets for the gala performance to first-time opera-goers who attend The Sound of Music.

For those who are old-pros of the opera world, and for those who don’t know their librettos from their arias, the 15th anniversary season of the Arbor Opera Theater has something for everyone. This unique piece of Ann Arbor’s music scene has provided opportunities for young singers and local talent for many years, and looks forward to producing many more down the line.