Downtown is seeing some changes this month, especially on State Street. Ann Arbor Coffee Roasting Co. is set to open at the old Espresso Royale location. The Historic District Commission approved plans to renovate the 322 South State Street location for the new roaster. Similar to M-36 Coffee Roasters, Ann Arbor Coffee Roasting Co. is affiliated with Espresso Royale. The storefront is to open by September, but on-site roasting will not come until later. 322 S. State St., Ann Arbor.

Nostalgic soda and candy shop, Rocket Fizz, is a California-based franchise that has its eyes set on downtown Ann Arbor. The former WSG Art Gallery is getting ready to open a shop with 1,500 varieties of candy and 500 varieties of soda for customers to enjoy. Owners Tom and Heather Holmer opened the first Rocket Fizz franchise in Kalamazoo in 2019 and the second in Traverse City in 2019. After seeing its success, they thought Ann Arbor would be the perfect location for their next shop. Rocket Fizz is scheduled to open the first week of August. 306 S. Main St., Ann Arbor. rocketfizz.com.

Looking for a new art studio? Whitepines Studios opened its doors this month, offering a variety of art classes to people of all ages. The facility offers a variety of classes for the whole family to try. At the heart of Whitepine Studios is the importance of self-expression. The experienced and knowledgeable team at Whitepines Studios can help encourage your love of art, hone your skills, or just get the practice you need. 141 E. Michigan Ave., Suite B, Saline. 734-330-2079. whitepinestudios.org.

Ann Arbor’s northside will see the opening of a new bookstore. Booksweet will be opening in the location of the former Bookbound Bookstore. This is a passion project by owners Shaun Manning and Truly Render that has been in the works for decades. The bookstore plans on purchasing all of Bookbound’s inventory and are already working on getting more for their opening. The bookstore will be hosting a soft opening on August 6, and a community open house on August 12 from 5 to 8pm. 1729 Plymouth Rd., Ann Arbor. shopbooksweet.com.

A five-story hotel is planned for the west side of downtown Ann Arbor. Fairfield Inn and Suites by Marriott has been approved for development and is said to have 95 rooms. The site sits next to the Delonis Center, at the corner of Huron and Ashley street. The three existing buildings, including the RelaxStation, are to be demolished to make room for the new hotel. As of right now, the timeline for construction remains unknown. Sidewalks along Huron Street will be maintained as much as possible during construction. marriott.com.

A new swim school is on our horizons, or maybe three! Big Blue Swim School is aiming to open its doors to its first location in early 2022. The first location is set to be at 914 West Eisenhower Parkway in Cranbrook Village. Hiag Avsharian, a businessman and Ann Arbor local, wants to help children learn to swim and appropriate ways to be in the water. Eventually, the school would like to open itself up to include swim classes for adults. Although we’re a ways away from the opening, Big Blue Swim School is something to look forward to! 914 W. Eisenhower Pkwy., Ann Arbor. bigblueswimschool.com.

The latest dispensary in Ann Arbor has opened its doors….in the former CIA building? JARS Cannabis offers primarily medical but is hoping to also offer leisure cannabis products. The building was originally used by the CIA as the University of Michigan recruitment office. The new dispensary offers a wide range of cannabis products and vendors, giving you a chance to pick up some great buds in a location with a lot of history. The pharmacy is also looking to open a second location in August but is unsure of the start date at this time. 450 S. Main St., Ann Arbor. 734-526-1100. jarscannabis.com. 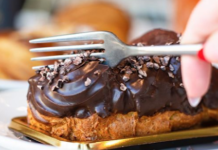 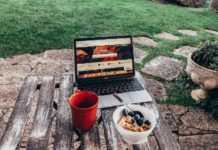