The Human Rights Campaign (HRC) Foundation, the educational arm of the nation’s largest LGBTQ civil rights organization, has issued a report that showed municipalities across the country are stepping up to ensure that all residents are treated equally. Six cities in Michigan scored higher than the national average for ensuring the equal treatment regardless of sexuality or gender identity.

Ann Arbor, Detroit, East Lansing, Ferndale, Grand Rapids, and Lansing earned over 85 points on the 2020 Municipal Equality Index (MEI) despite hailing from a state without statewide non-discrimination statutes that explicity include sexual orientation and gender identity. Across the country, municipalities like these set a standard of LGBTQ+ inclusiveness by prioritizing measures such as local non-discrimination laws, providing transgender-inclusive health benefits for city employees, and providing services for particularly vulnerable members of the LGBTQ community.

The average score for cities in Michigan is 77 out of 100 points, which falls above the national average of 64.

“These All-Star cities are blazing the path forward for equality and fighting back against extreme unrelenting attacks on the LGBTQ community. These cities are sending a strong message that our lives, our families, and our community are valuable and valued,” said Alphonso David, President of the Human Rights Campaign. “This year’s Municipal Equality Index underscores the importance that mayors and local officials play in creating safe and inclusive communities — even if there has been a lack of leadership at the federal level. As we look toward advancing equality during the Biden-Harris Administration, it is critical that we continue to strengthen LGBTQ protections at the local level. Local leaders, coast to coast, continue to show that they are willing to advance LGBTQ equality for their constituents, and we are thrilled to continue building inclusive communities across the country.”

“The relationships Equality Michigan has built in cities we’ve worked in over the last several months have grown hearts, changed minds, and created lasting, positive change for LGBTQ+ people,” said Erin Knott, Executive Director of Equality Michigan. “HRC’s Municipal Equality Index is an important tool for getting this work done and it serves a reminder that we have more work to do across Michigan.”

Even though local leaders continue to pave the way forward on equality, there remains an unacceptable patchwork of laws for LGBTQ people across the country. This reinforces the need for the federal Equality Act that would provide consistent and explicit non-discrimination protections for LGBTQ people across key areas of life, including employment, housing, credit, education, public spaces and services, federally funded programs, and jury service.

To check out the full report, including detailed scorecards for every city as well as a searchable database, check out the HRC website. 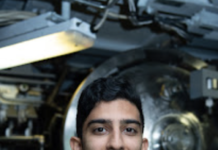