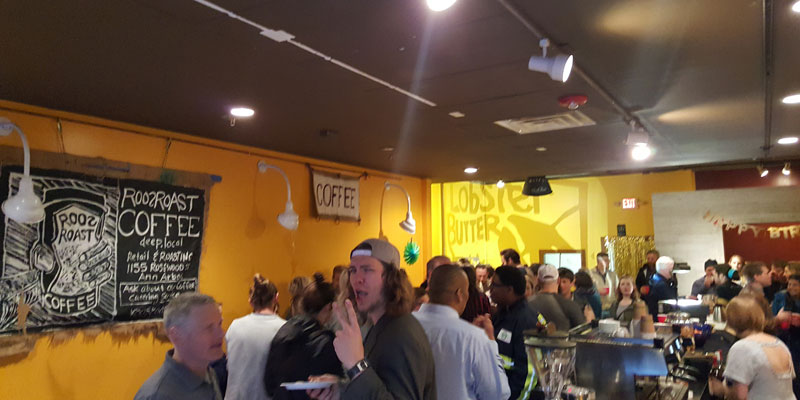 The space, formerly occupied by Elixir-Vitae, has a fresh coat of yellow paint accented by the characteristic art of John Roos, which is also found on Roos coffee bags and promotional materials. A large concrete counter offers plenty of space for seating and coffee making and allows customers to chat with the eclectic group of baristas and roasters that make RoosRoast so special.

As for the opening date, both John and his business partner (and wife) Kath have said that the shop will open gradually over the next few weeks. Kath mentioned that in order to sharpen their skills, the baristas in training will start serving coffee beverages to foot traffic while they put the finishing touches on the space. RoosRoast Liberty hopes to serve John’s locally-celebrated breakfast burritos as well as introduce a selection of small bites and plant-based desserts, like bananas topped with coconut-cashew frosting and frozen cherries.