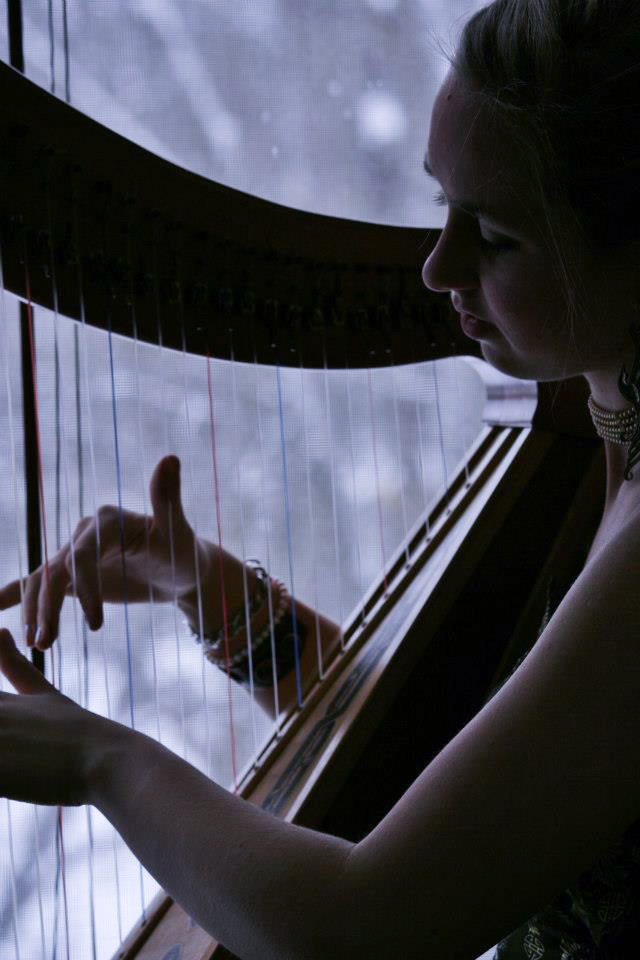 In the grand tradition of Ann Arbor street musicians, Olivia Bratton will be returning to the city July 18 & 19 amidst the lively Ann Arbor Street Art Fair, painting the streets, not with a brush, but with the ethereal musings of her harp.

What or who brought you into the world of music? Were you musically inclined as a child?

I don't think there is a such thing as a separate "world of music." I think this world was created in music, thus I was conceived in the world of music. Before I could gurgle, my family sang our prayers every morning and every night, regardless of tonality. We banged on pots and pans long before I was able to pronounce the word "percussion." I danced while doing dishes with my siblings, sang along with every word of every Disney movie and every Beach Boys song, and sat by the ocean and mountain creeks for HOURS listening to the greatest instrument of all: water. The world has so many SOUNDS that are ever entwining and pulling apart from each other and I could never help but listen in fascination, wondering that I may be permitted to weave my own voice into the fabric. 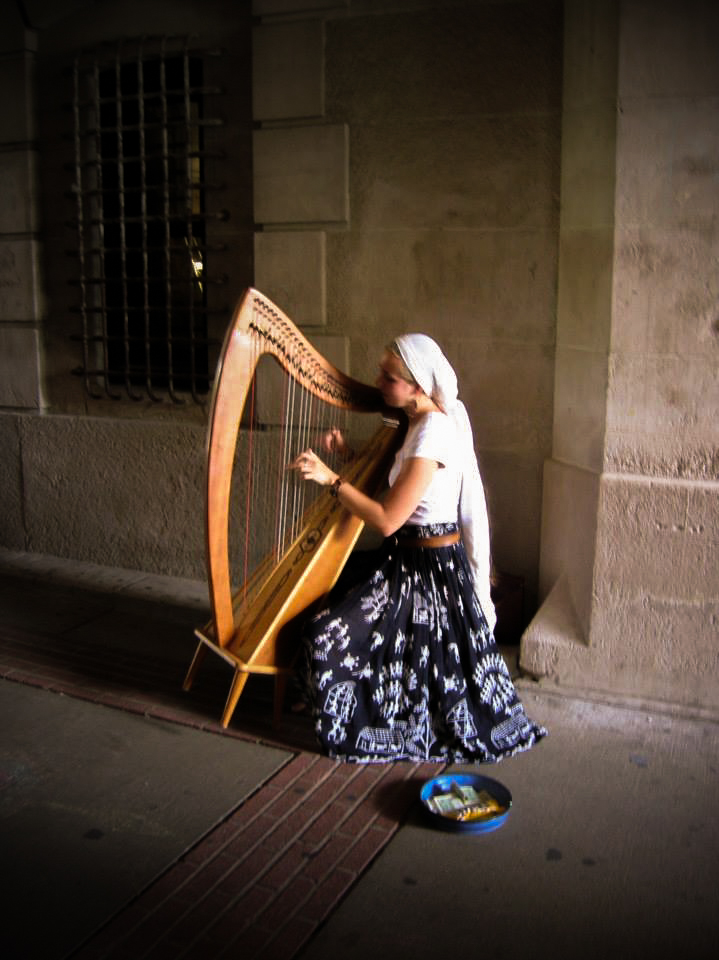 I must have been an adorable child, for when I was five years-old I told my parents I wanted to play the harp because it was the instrument that the angel's played. Since then, I have fallen in love each day with the sound of this ancient instrument and its universal history (though usually associated with Ireland, no one culture can claim it, for nearly every culture has some form of harp).

Most young harp players come to a point in their musical education when they must chose to be a harper or a harpist (the variation being in the form of music played rather than gender). I, not having the resources to acquire the pedal harp required for true classical advancement, chose the way of the harper and around the age of 11 dove into my exploration of folk harp tradition on my 33 string lever harp, finding inspiration in Celtic and Middle Eastern music.

Why is the street your venue of choice?

My greatest joy is creating random acts of beauty. The vibrant and quickly changing nature of those who join me on the street feeds this spontaneity and adds new threads to the fabric of my music. The making of my music does not belong statically to me, to be offered only in a one-way show. It is really closer to a hot-potato-toss between souls, stories bounced out in sound.

What brings you back to Ann Arbor, and what other cities do you love to perform in?

My family moved to Ann Arbor about three and a half years ago. From the wandering "tree tunnel" back roads to the Kerrytown bell-tower to its juxtaposition of cultures, there is never a dull moment in Ann Arbor. Especially during the art fair, with its national draw, the people who pass through her streets intuitively recognize the joy of life's quirks, which frame the city. It makes for a fun place to play and meet with people and share stories and histories. 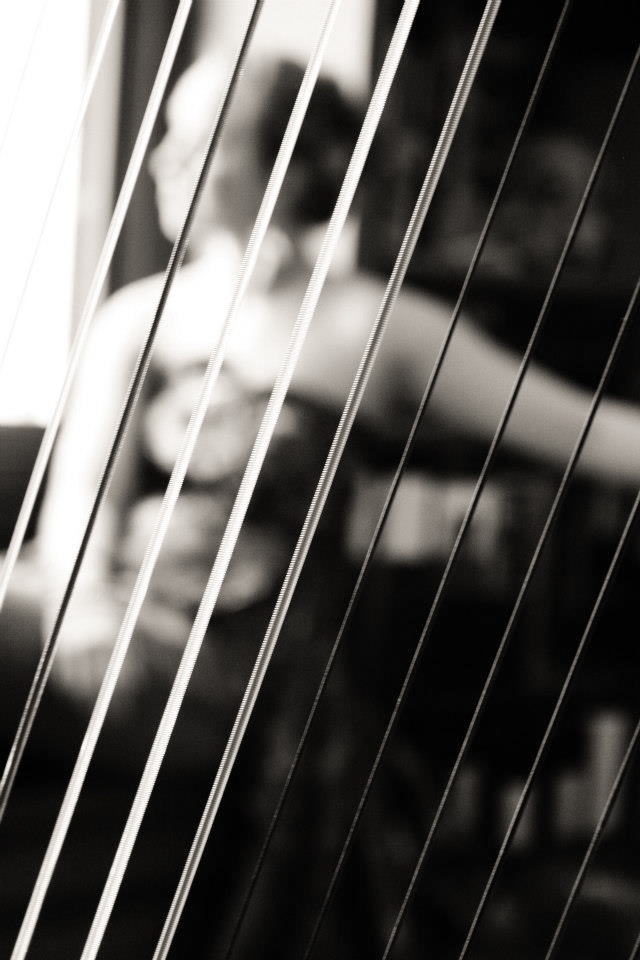 I've also played on the streets of Denver and under the many arches of Notre Dame. I used to play in the fields and on the beaches of Cape Cod, where I was raised. Yet rarely was there anyone but the seagulls to hear. One day, I hope to travel the byways of Ireland.

*For more Art Fair and street art exclusives, check out: