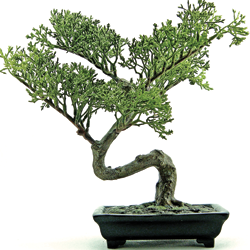 Any fans of the original Karate Kid Trilogy (not the 2010 remake where the kid actually learns kung fu in China!) will recognize the zen properties of Mr. Miyagi’s “little trees”—the bonsai. In the film Mr. Miyagi uses the cultivation of the bonsai tree to teach Danielson patience and the tough little ancient plant becomes a metaphor for the resilient-but-picked-on Daniel LaRusso. Since 1970, the Ann Arbor Bonsai Society has been promoting the art of bonsai to the community in much the same way as the fictional sensei Miyagi. On Saturday & Sunday August 24-25, Matthaei Botanical Gardens will host the 41st Annual Ann Arbor Bonsai Society Show where over 100 of the society’s members’ best trees will be on display. There’ll be special workshops, demos and vendors throughout the weekend. Visitors can also vote for the Peoples’ Choice in different categories.