We’ve received quite a few letters about the upcoming election. Here are some opinions from people in our community!

Myself and other Gen-Z’ers are going to be living in this country for decades to come, and we need our country to promote values that allow for a sustainable and equitable future. Electing politicians that share our worldviews is essential to shaping our future — which is exactly why we should vote Gretchen Driskell for the House of Representatives.

Young members and allies of the LGBTQ+ community should take a particular interest in voting for Gretchen Driskell to replace Tim Walberg in Michigan’s 7th Congressional District because while she is guaranteed to protect to LGBTQ+ rights, the former Indiana pastor is not.

In 2006, Walberg openly supported the Federal Marriage Amendment that defines marriage as, ‘between one man and one woman,’ and continues to tout this worldview. When the Supreme Court ruled to protect the right for same-sex couples to marry, Walberg claimed “society itself was at risk.” Walberg denies the humanity and freedom of others.

Further, he voted against the Violence Against Women Act in 2013. It was written to ensure that all American women have the resources to protect themselves and included protections for LGBT domestic violence victims. Under Walberg’s eye, violence on certain groups is acceptable.

Luckily, the seventh district isn’t doomed. Gretchen Driskell, former mayor of Saline and state representative, is a candidate who will stand up for our rights and values. “Gretchen Driskell is a dedicated leader and proven champion for LGBTQ equality,” Human Rights Campaign’s Michigan State Director wrote in 2018. “She will fight for every Michigander’s right to live and work free from discrimination and harassment.”

Even people who typically stay neutral towards LGBTQ+ rights have a reason to vote for Driskell. One of Gretchen Driskell priorities is protecting Michigan’s beautiful wildlife and providing clean water for our citizens, while Walberg has stood by as Jackson County, a county in his congressional district, has one of the highest water lead rates in the state. Driskell also wants affordable higher education, affordable healthcare, and universal preschool. Walberg has attempted to eliminate the Department of Education and does not believe in lowering prescription drug prices.

Almost anyone my age – regardless of political party or their views on LGBTQ+ issues – wants a candidate who will vote to protect our citizens and one who cares about our health, our environment, our well-being, and the issues that matter most. That candidate is Gretchen Driskell.

Earlier this year, I worked as a Decennial Census Enumerator. Over 8 weeks I drove 3,500 miles through Lenawee, Hillsdale, Jackson and Washtenaw Counties. It was a privilege to get to see the immense diversity in the counties. Lack of mobile internet service, however, made the work difficult.

Gretchen Driskell has been working diligently toward universal internet access. At a town hall meeting this past week, she provided information about her internet access plans, and then answered the questions posed by her audience. This was a pleasant contrast to Representative Walberg’s town halls, where questions must be submitted in advance.

At one of Mr. Walberg’s town-halls a few years ago, a question was submitted that addressed the limited availability of broadband internet to his rural constituents. His reply: “you make sacrifices for the country lifestyle and high-speed internet is one of them.”  Mr. Walberg is on the 5-G committee, however he has voted against universal internet access. Given the ongoing sad state of rural internet access in his district, Mr. Walberg still appears to prefer his constituents uninformed and unconnected. 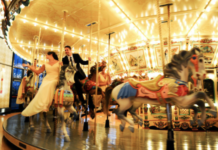