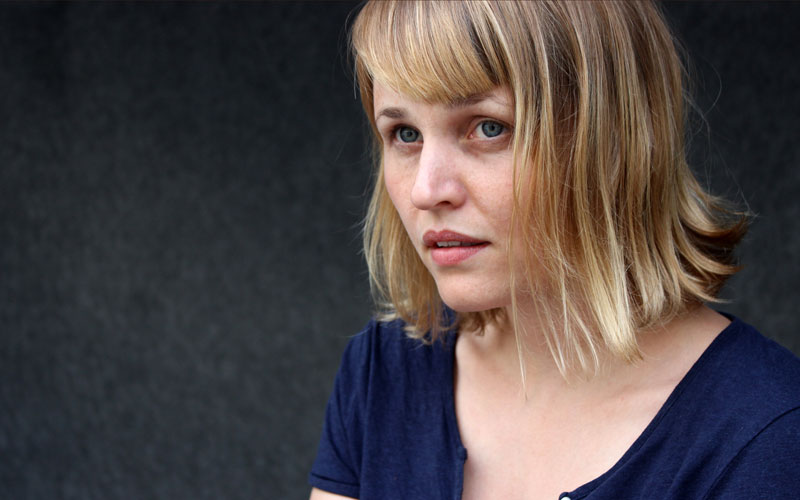 Writer and visual artist Bette Adriaanse’s first novel, Rus Like Everyone Else, compellingly marries her visual talent with the written word exploring the adventures of the naïve and socially awkward Rus in a series of vignettes that leave a visual trace in the reader’s mind.

In support of her first novel, Adriaanse, embarking on a tour of the United States, will perform a reading at Literati Bookstore on January 16. A unique opportunity to hear a voice from across the globe, we talked with Adriaanse about her background and the release of her first novel.

Adriaanse received a BFA from the prestigious Image and Language Department at the Gerrit Rietveld Academy for Fine Art in Amsterdam, and a Masters in Creative Writing from Oxford University in England. “The art academy was very good for developing my own vision and experimenting,” said Adriaanse. “The Masters in Oxford, while encouraging creativity, raised the bar on the quality of the finished work and gave me the discipline to be a professional.”

In addition to her formal training, Adriaanse drew on her experience working as a postal worker in her native Amsterdam in order to complete her first book. “From this experience came the stories of outsiders, recluses, of people lost in television programs, of people desperate to make something of themselves, and the story of Rus who receives just this one letter demanding he pay tax.”

She describes her creative formative years, developing plays and creating stories.  Her first play when she was very young included just one line.

“I’ve always put stories together from situations in life and my way of developing stories is very visual. For Rus Like Everyone Else, I stuck small cutouts of the people and scenes to the wall and rearranged them as the story developed. This helped me know what my characters are seeing and feeling,” said Adriaanse. “I’ve purposely made the chapters small so readers can develop their own visual images as they move through the book.”

The Life of Rus

Seen through the eyes of a letter carrier, who observes both the tiny details and the dramatic events of her client’s lives, Adriaanse paints Rus’s story.  Left by his mother to deal with life in the city with nothing more than a credit card and his father’s battered, old coat, Rus works out a simple and very structured way to survive.  Daily visits to Starbucks become a ritual and make up his minimal contact with the world.

Life for Rus dramatically changes when the only correspondence he has ever received crashes through the letterbox in the form of a tax bill.  Denying all responsibility to pay the tax, Rus attempts to return the bill to its sender.  Rus’s quest is woven with the dreams and missions of the postal worker’s other clients, a spectrum of humanity encountering  both success and failure.

Adriaanse deliberately wrote in English to reach a worldwide audience, and is published by Unnamed Press, a company that welcomes young talent from
outside the US.