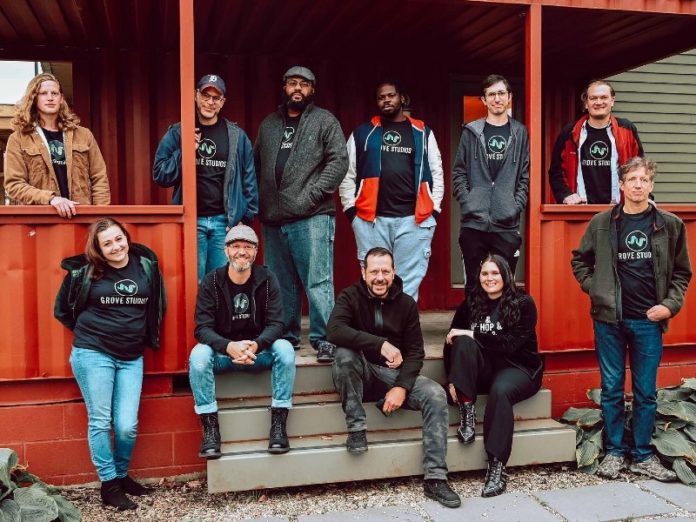 This Saturday, February 27, Grove Studios will be hosting a weekend of heavy metal with a virtual show! Here’s how to attend and what to expect. Grove Studios will ignite a fiery explosion of heavy sounds this Saturday, February 27. Grove will be hosting a livestream show which will feature three emerging hard rock bands — Electric Huldra, Edison Hollow, and V*A*S*E*. This is the first-ever in-studio livestream performance Grove has put together. There will be three hours dedicated to heavy-duty rock fans, providing a fun and enjoyable at-home experience. The show will be broadcast live from the newly renovated Deluxe Studio at Grove Studios. Viewers will experience a searing show filled with shredding guitars, pulsating drums, and thumping bass. “We’ve had a variety of themed shows over the years and thought it was time to have a collection of heavy rockers this time around. I’m personally looking forward to feeling pounding drums and bass in my chest while wild guitar riffs and vocal runs fill the ether,” said Erich Friebel, Grove Studios co-founder and Director of Community Engagement. Ann Arbor power trio Electric Huldra will launch the show’s heavy-duty night with new tracks from their upcoming self-titled album. It will be the band’s first new material since releasing their latest thunderous single, “Letting Go,” in 2019. Grove Studios has flourished in the virtual music space since launching Grove Sessions, a regular livestream performance and interview series, last March. The sessions spotlight a range of emerging and established artists and bands with Washtenaw County and Metro Detroit. “By presenting in-studio livestream performances, we’re not only giving artists a platform to express themselves and maintain a music livelihood, but we also want to share what Grove actually is with the broader community. We’re more than just simply a performance venue or rehearsal and music production space,” said Friebel. Viewers can purchase tickets to Saturday’s livestream show for $10 on Grove Studio’s website and Facebook page.
Share
Facebook
Twitter
Pinterest
WhatsApp
Linkedin
ReddIt
Previous article
‘The Fan Connection’ Brings Hockey to Michigan Theater
Next article
Scott Silven’s The Journey is Full of Magic and Memories