Chelsea's Rumpus Room is Making a Difference with Music 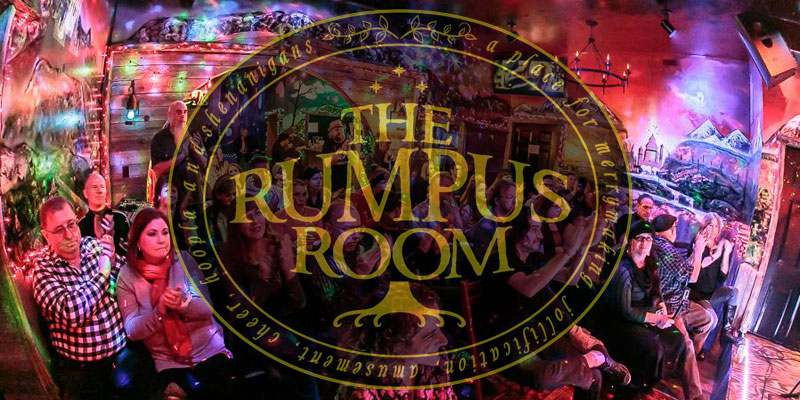 Jason and Suzei Povlich are Jet’s Pizza franchisees by day and philanthropic music junkies by night. Last year they merged these passions into a benefit concert with the band Rusted Root and raised enough funds to open up an orphanage in Haiti. And after the smash success of the first one, they’re back at it again. June 9th kicks off The Rumpus Room Outdoor Concert Series.

From the beginning, The Rumpus Room connected their passions of music and helping others, “My wife and I have always been in the music scene and we’ve toured with bands,” said Jason. “So now that we’ve been able to make our living with Jet’s Pizza, this has enabled us to do other cool things that we love. We said, ‘Hey let’s throw concerts to raise awareness and raise money for what we are doing in Haiti.’”

The Rumpus Room, coined by Suzei, is a meeting of a few different worlds. “The Rumpus Room comes from Where the Wild Things Are, so let the wild rumpus begin,” said Jason. It is designed after The Chronicles of Narnia, The Lord of the Rings and outer space. They brought an artist to spray paint the walls and the ceiling to encompass those three things. The result is a room that feels like stepping into a psychedelic forest and mountains.

Their visual aesthetic dovetails nicely with their music tastes. Rusted Root, one of the Povlich’s favorite bands, was the big name draw for the previous benefit and are signed up for an encore.

“I’ve been going to their shows for twenty years–since I was a teenager. They have been extremely influential in mine and my wife’s life. I said ‘Hey let’s bring these guys in’,” said Povlich. “They’ve been unbelievable in regards to being involved,” he added.

For the past 15 years, Jason and Suzei Povlich have been involved in philanthropy work in Haiti. These last four years, they have been making an annual pilgrimage. Now, the children’s home (founded in April 2015)  is inhabited by 47 children aged 4-12.

Jason Povlich is quick to point out that they aren’t trying for a quick solution to a really systemic issue in poverty. The project employs local people and Jason is in for the long haul, “Projects stop when the money stops.” The work, Project 418, isn’t a place for people to go on spring break and take selfies with Haitian children.

Once more with feeling

Reaching their financial goal for the children’s home seemed reason enough to try it again. Jason sites the outpouring of support from the community as what sealed the deal. “I literally could not work a day in the restaurant where someone wouldn’t come up to me and say ‘That was so cool. We love what you are doing in Haiti. Hey, are you doing it again?’ I mean every single day. That lead the passion.”

Since January, The Rumpus Room has become a more permanent fixture with a weekly listening room for local bands every Saturday. Rusted Root is the first concert in their series followed by the Devon Allman Band, Nicolas David, Songs of Water, and The Ragbirds. But even after the series is over, the work in Haiti continues. Povlich says they plan on doing concert series on a regular basis.

“The goal over the next five years is to have a total of five orphanages. We want to make some change in Haiti,” said Jason. The next goals are adding a trade school (that teaches music among carpentry, plumbing and electrical) to the first children’s home and opening a second one.