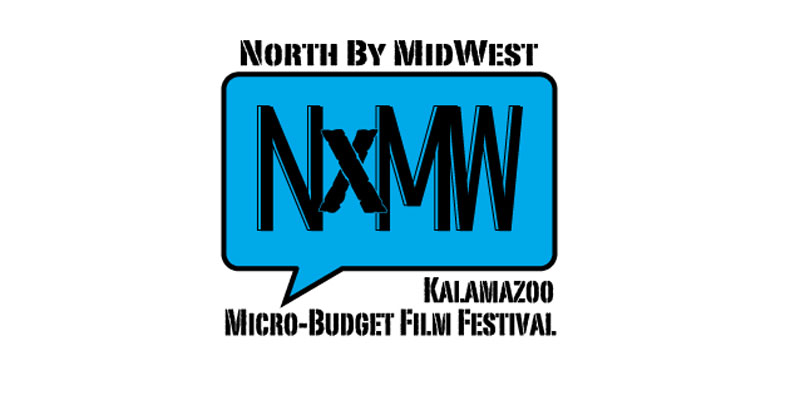 Public Media Network of Kalamazoo is hosting the second “North By Midwest Micro-Budget Film Festival” in March (currently accepting submissions), for video and film creators able to produce a large-scale project on a shoestring budget.

In this day and age, with the current post-Michigan production incentive fall-out, filmmakers have to do more with less when it comes to their production budget. The festival offers incentives and rewards to thrifty film and media artists (prizes in each category include: 1st Place, $1,000; 2nd Place, $500; 3rd Place, $100).

This brilliant idea-of-a-film-festival almost died out – and indeed, was in cinematic cardiac arrest for two years –before the Public Media Network of Kalamazoo (P.M.N), a Public, Education, and Government (PEG) community media organization that provides local high schools with non-commercial media services such as production training, equipment loan, programming distribution and vocational instruction in radio and digital video production stepped in.

“Late in 2014, we were approached by our executive director (Hap Haasch) about a project,” said PMN Promotions Specialist Ashley Berens. “One of our community producers here, Kalamazoo filmmaker Bill Kraft, talked about a low budget film festival that was in Ann Arbor.”

“It started in Ann Arbor, but for some reason, they couldn’t keep the momentum going, so it had stopped for a couple of years,” added Marketing Specialist Nick Epping.

“So he (Bill Kraft) came to us and said this is really cool – and we all thought it was, as well – so we just ran with it,” said Berens.

“We are a community media center – you can come here and take a variety of low-cost classes in radio or video and check out our equipment for free,” said Berens. “A lot of our producers already are micro-budget producers – or have no budget at all. We have local filmmakers who spend a total of $20 on their films, which turn out great. There are many other festivals for big budget films and we wanted to provide a festival just for those micro-budget filmmakers.”

“The lack of budget forces people to be more creative,” added Epping.

What is a micro-budget?

In retrospect, Berens is glad that they took on NxMW, as their 2015 fest turned out to be a great success. Going forward, according to Epping, they are looking to improve in the category of MicroCam – films 100 percent shot on a small device, using cell phones or iPads. The “North By Midwest Micro-Budget Film Festival” – a great idea evolving into an even better reality.

More information can be found at nxmwfilm.org
Entries are being collected through February 19

Screening will take place on Saturday, May 21 at the Epic Center in downtown Kalamazoo