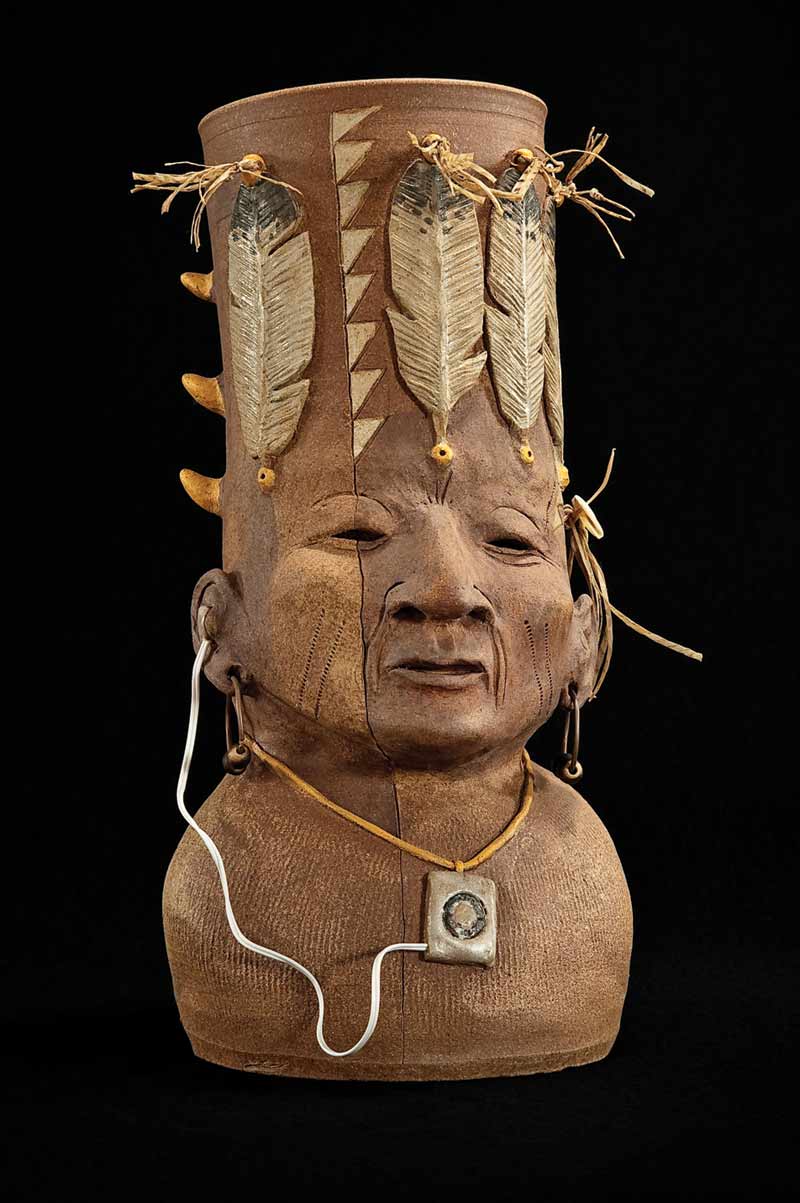 The current UMMA exhibition Changing Hands: Art Without Reservation 3/Contemporary Native Art from the Northeast and Southeast should have been a landmark exhibition at the University of Michigan. While I recognize Changing Hands is a traveling exhibition, I am deeply disappointed by it’s poor installation and the show’s inability to respond to the tremendous social and historical context that surrounds Native American issues at the University.

From a technical perspective, the exhibition is overhung. While the show proudly boasts 130 works, there has been no tailoring to accommodate the exhibition’s post-New York venue. I can only ascribe this bric-a-brac aesthetic to a kind of curatorial guilt requiring an exhibition of this nature to be completely “inclusive.” Intriguing works by David Hannan, Michelle Lavallee, Marie Watt, and Jason Wesaw—four artists that likely could have gracefully held the gallery entirely on their own—are suffocated by a mass of works of average quality. While the artists in Changing Hands seem to be asking a plurality of important questions, such as Tom Jones’ statement on “Identity Genocide” or Skawennati’s new media work Timetraveller and its meditation on identity and territory in a post-cyber world, one can’t help but feel that the all-inclusive nature of the exhibition feels like a form of tokenism antithetical to the exhibition’s thesis. However, the real injustice in this exhibition is not the show’s technical failings, but the inability of the organizers to respond to the painful history of Native American representations at the University of Michigan. 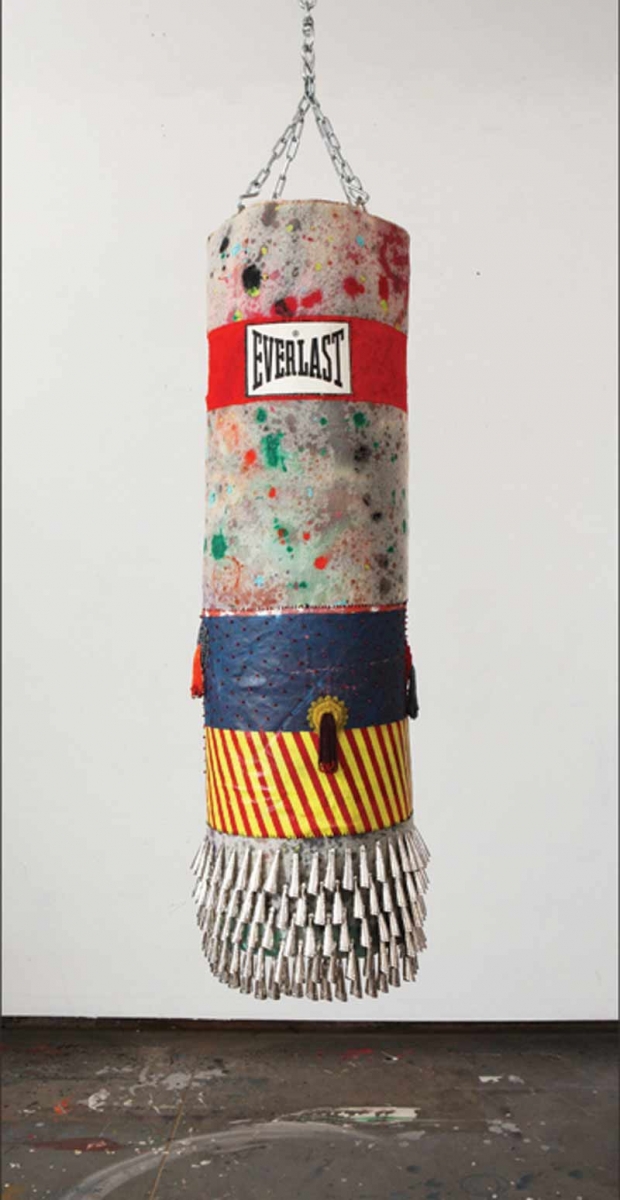 The exhibition of Native American artists is intended to “acknowledge the long and diverse cultural legacies while overtly and simultaneously exploring, and often confronting, the many ongoing issues inherent to their cultural heritage.” However, this acknowledgment did not seem to be aware of the 1817 land gift by the Odawa, Ojibwa, and Bodewadimi tribes that helped establish the University of Michigan. The gift was made with the expressed intentions for the tribes to have “their children hereafter educated," and that the University has historically failed to actively reciprocate the generosity of the tribes. This failure is demonstrated through the low enrollment of members from the three tribes, despite a wide recognition that the 1817 gift constitutes a significant portion of the University’s endowment and, therefore, UMMA’s existence.

The University has a dark legacy of representing many Native American identities under a single “tribe” called The Michigamua—a nearly all white male secret society (who’s alumni include figures such as President Ford) that quietly influenced the school for almost the entirety of the 20th century. I want to believe that contemporary institutions are willing and able to use site-specificity for their exhibitions, and that the organizers of Changing Hands would have engaged the Michigan Union tower, the iconic University structure located directly across the street from UMMA, that was explicitly constructed as a “wigwam” for Michigamua meetings. I wish the organizers of this exhibition would have addressed the Tappan Oak, located at the rear entrance of the UMMA, the bark of which is stained by nearly a century of ritualistically transforming Michigamua initiates into tribal members by painting their skin red and forcing them into submission as they collectively clung to the tree. 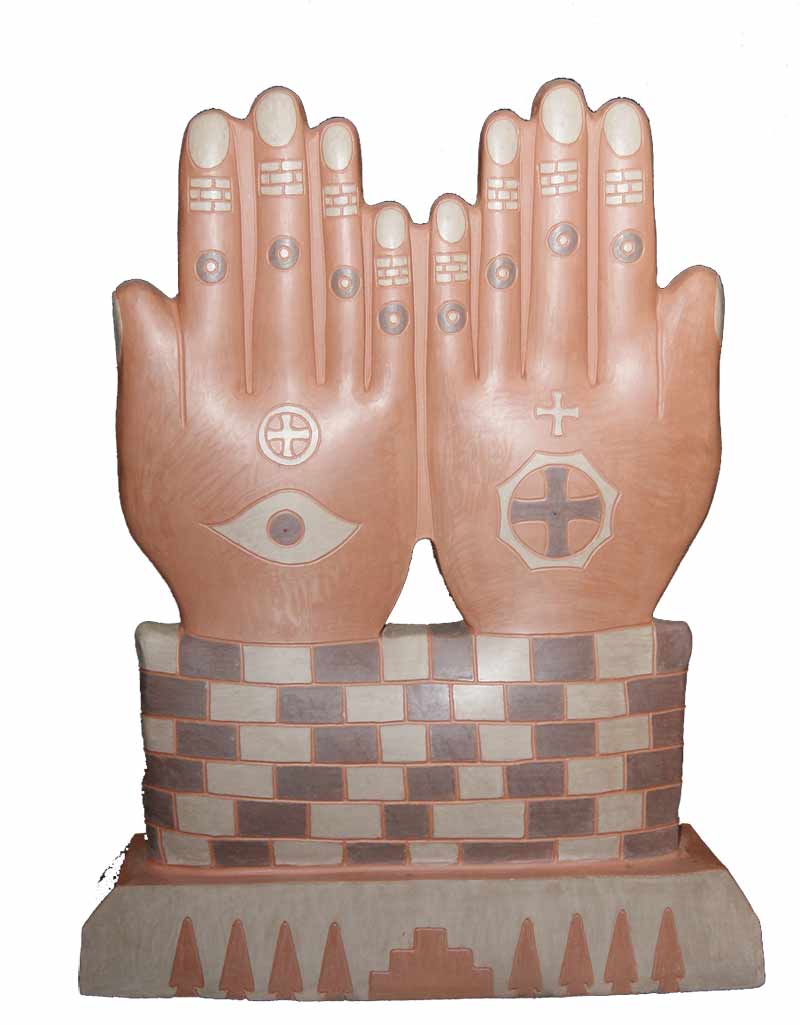 I would like to think that the organizers of an exhibition of contemporary Native American work would have considered all of this as they approached the stairs to the second floor gallery, flanked on either side by the historical depictions of Native Americans in Benjamin West’s The death of General Wolfe and Charles Ferdinand Wimar’s The Attack on an Emigrant Train. Perhaps I am advocating for the explicit when the subtle is less than sufficient. I can only hope the exhibition’s curator, Ellen Taubman, will discuss these issues when she speaks with