The Complete Guide to Bank of Ann Arbor's Sonic Lunch 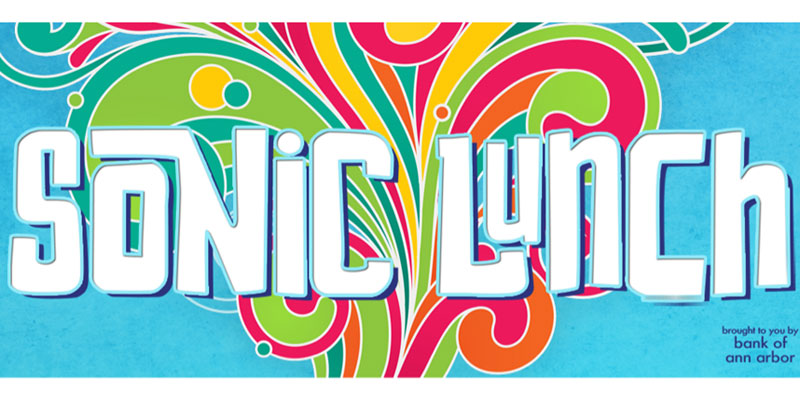 Sonic Lunch launched in 2008 and has filled a void in the hearts of people who want Top of the Park for an hour during the workday. Sponsored by Bank of Ann Arbor, it has cemented a spot in the community zeitgeist by providing free music from local and national acts to both the daycare and downtown lunch-break crowds. It crops up in Liberty Plaza and entertains whoever's there from noon to 1:30 on Thursdays. If there's time for a falafel there's time to catch a show.

Chicago based siblings Elliot and Natalie Bergman make up this indie reggae and rock band. Spritely Natalie's dreamy vocals dance about modern arrangements and embrace the emotion and the lifestyle of music.

A Sonic Lunch regular, Laith was dubbed "King of the Blues" by Guitar Center. He has opened for the blues greats and been a staple in the Michigan music scene, bringing his polished guitaring to venues in the area about five nights a week. Check him out right now on The Voice on NBC.

The amorphous quarterlife imagery conjured by the nasal lilt of Matthew Milla and his banjo accompaniment is the focus of this folk-rock band from Metro Detroit. Handwritten lyric sheets come with the CDs and vinyls they sell as a source of pride.

This indie-pop duo from Royal Oak was formerly called Dale Earnhardt Jr. Jr. as an indication of the potential limitlessness of their project, but they’ve rebranded in order to pursue the same upbeat absurdity that they originally intended.

The red tie from Tally Hall, after success with his 2012 solo project Hawaii: Part II, is back in Ann Arbor.

Compliments of having a famous dad, Ben Daniels probably had a much easier time launching a career than most other aspiring Michigan musicians. His clean, unintrusive guitars have been persistent, though, and the band has flourished through local performances, touring, and five albums.

Carrying the affected panache of a hair metal band, this alternative pop group from Grand Rapids brings rural excitement and a country smile to their self-styled "musical adventure."

Kam Franklin's powerful voice and unapologetic afro and the large group of musicians backing her up compose tunes with a unique but classical feel. This Houston band draws on a multitude of genres to create the triumphantly comforting sound they call Gulf Coast Soul.

Boyish Californian Brett Dennen delicately dresses his quiet pop folk songs with a small voice, rounding out the casual flowering of his musical ambiance. His sixth studio album will be out by the time he plays Sonic Lunch with The Accidentals.

Katie Larson and Savannah Buist partnered in high school as talented string musicians. Now, both fluent in many instruments but defined by the violin and cello dichotomy, they, along with drummer Michael Dause, make up this Michigan folk trio.

Finalist on The Voice, Joshua Davis is a throaty Michigan singer and guitarist whose style blends folk with roots rock and explores the common thread between blues, jazz, ragtime and country.

Boasting a voice of impressive power and range, Canadian singer Serena Ryder bathes in the sensual tone of her dark ballads, much to the delight of fans and critics.