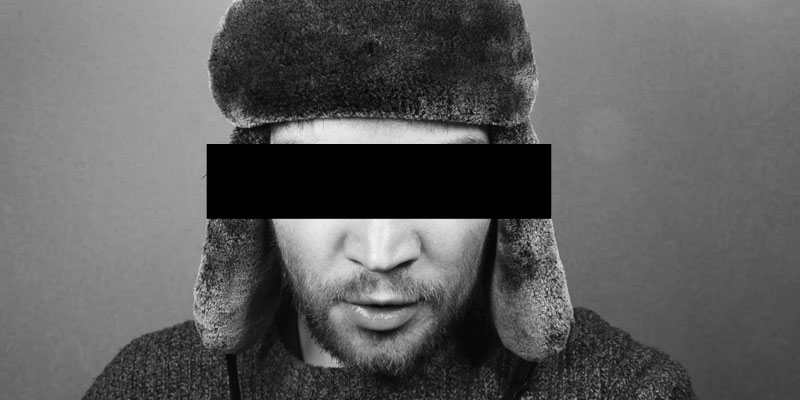 Backseat Drummer
You were in the back seat of your Honda Pilot in front of the Union with a full drum kit. You played along, uninspired, to a lonesome clarinet track. I’m not sure if you felt like a rockstar or just yearned for a slightly bigger crowd than you usually draw headlining your mom’s basement. The masses passed you by, slowing to stare in momentary wonder. Send us a review copy of your album when it's finished.

Walking Perp
You stood on the corner of Liberty and Division dressed like a police sketch of a tragically guilty suspect. It was nearly 10 P.M. The khaki trench coat you wore was definitely not your attempt at reviving vintage style. Your black, non-descript baseball cap pulled down over your dark shades only added to your visual admission of guilt. Yet you waited for the “Walk” signal to cross the street, like a law-abiding citizen.

Quinoa Cop
You sat in the dining section just inside the back door of Whole Foods, the word “SHERIFF” emblazoned across your flak jacket. You did a textbook job of profiling me as I entered the overpriced grocery store, keeping a close eye on this obvious high-crime area. I was enough to disrupt your preoccupation with a quinoa salad. Staying vigilant, even on a lunch break, is a ringing example to set for other hard-working law enforcement officers who put their lives on the line, protecting Whole Foods.

Mark it 8 Dude
Your late night game at Revel & Roll had just ended, after a tequila-fueled, gutterball-happy performance. You proceeded to walk over to the strangers who were waiting for their friend to return from the restroom two lanes over and roll on their lane. The slightly below-average sized young professional on that lane got in your face. You apologized for the “honest mistake,” and like an Ann Arborite caricature, he backed down. You got that extra frame, even if it was on someone else’s lane, and still didn’t manage to break 70.

Scattered
You and your buddies – all dressed like they were models in a European Frat Magazine – were talking smack to a group of guys outside The Brown Jug. Just as you hurled a vicious insult, someone from the opposing party sent you careening into your friends who moved aside, letting you tumble into the street on your rear end. Simultaneously, a police cruiser pulled up, lights flashing. I’ve never seen a group of people vanish that quickly. The cop couldn’t even get out of his car before you had disappeared into the next bar.