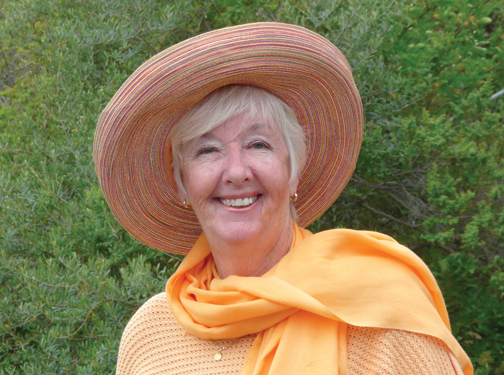 New York Times bestselling author Rhys Bowen has a self-described “charming aristocratic British accent” and a knack for penning compelling, suspenseful novels. Her Molly Murphy series focuses on the eponymous heroine, who immigrates to New York from her native Ireland and finds herself encountering one chilling murder mystery after another. Bowen will be make an appearance at Raven Award-winning bookstore Aunt Agatha’s in Ann Arbor to talk about and sign her most recent entry in the Molly Murphy saga.

Your latest Molly Murphy novel, City of Darkness and Light, takes place in Paris at the turn of the century. What inspired you to choose the city as a setting?

Who would not want to spend time in Paris? Actually the driving force behind this book was my fascination with the art scene, moving from Impressionism with its serene waterscapes to the post-Impressionist painting of Picasso, Chagall, etc.

Surely it took some research to make the environment realistic. What steps did you take to keep the story historically accurate?

You're right. Research and historical accuracy are very important to me. My research is always multi-fold. First I read books to give me background. I read several biographies of Picasso, of the Cubists, of the Parisian art world in general. Also books on Dreyfus and his trial. Then I went to Paris and walked the streets that Molly would have to walk. I decided on where I wanted Sid and Gus to live and also plotted where Mary Cassatt, Degas and Renoir would be found. I had to spend time in the Musee d'Orsay, in historic tea salons, up on Montmartre.

Yes, I have to admit that Molly and I have things in common. I am not always so polite or so wise. I tend to speak out first then regret it later. So I created a strong first-person female character who is not always wise, who doesn't always know when to shut up or back down… more like me, I confess. She's far braver than I. I'd never chase crooks, go out on a half built bridge to rescue a child, or climb into a Parisian house where a murder had taken place.

Of all genres, what drew you to mysteries?

I grew up reading the ladies of the Golden Age, Dame Agatha, Dorothy Sayers etc. I enjoyed the puzzle, but found them emotionally unsatisfying. Then I discovered Tony Hillerman and the thrill of being taken to another place and being given a glimpse of another culture. So the sense of place and time are paramount to me. But the aspect of the mystery that I like is that the crime novel makes sense of the world. In my world there is justice. It's not always a happy ending but it's a fair ending. We know in real life that the guilty often get away with the crime. We can remedy that in the crime novel. It's satisfying.

What is the most challenging part of being a novelist? What do you find is most rewarding?

The most challenging part is the demand of writing two books each year and making each book better than the last. When you have won awards and received great reviews the pressure mounts not to let down the readers and the bar is raised higher each time. Also, as a series progresses there is the challenge of keeping the stories fresh and new.
The most rewarding is the fans. To get letters saying I have helped someone through chemo or after the loss of a spouse or while living in a homeless shelter is amazing and completely humbling.