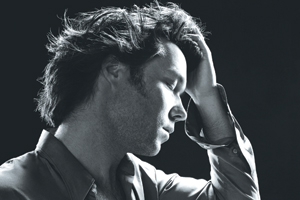 Hallelujah! Rufus Wainwright returns to town as part of the Ann Arbor Summer Festival. If you love the gaudy, the glitzy, the comically absurd and the wonderfully musical, you’ll be there. Wainwright, a songwriter for whom the phrase genre-bending might have been invented, is the son of famed folkies Loudon Wainwright III and Kate McGarrigle. His music shows their influences, as well as that of big band jazz, rock, pop—all of it displaying the depth of his immersion in those styles and many others. His stage show incorporates plenty of comic moments, whimsical theatrical effects and outlandish costumes.