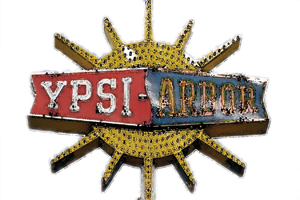 Don’t get me wrong — I love local music. I’m all about it. I know, all too well, that I needn’t hem and haw, all anxious and longingly, over the fact that Festivals, audaciously gargantuan festivals, indeed, requiring that capital F, are happening more than a thousand miles away: gold-filled pots at the end of a thousand-mile airplane flight’s rainbow, Radiohead-rainbows shining on ostensibly precious treasures like a Beach Boys reunion – a hundred bands down there in Tennessee for the sanctified Bonnaroo Music and Arts Festival.

But any jaded cynic (as I can be, on certain mornings) can go down that jumbo-June-fair’s line-up and easily comfort oneself for missing-out and staying-in, up here in the mitten: Bon Iver’s new trip isn’t as pure, or intriguing as his For Emma days, The Red Hot Chili Peppers haven’t proven they can matter without John Frusciante, Skrillex is polarizing, fun. has surged too deeply, too swiftly, into the fickle folds of the mainstream and I’m sick of that Foster the People single.

Then again, there’ll be two exceptional reps of Michigan-bred talent down in Tennessee: Detroit groups like eclectic EmCee Danny Brown and dulcet dream pop duo Dale Earnhardt Jr Jr. And there’s plenty (Black Star, War On Drugs, tUnE-yArDs,Reggie Watts) that I would love love love to get to see and hear… 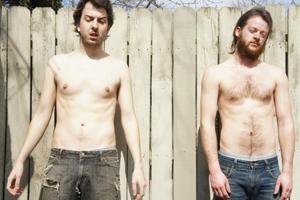 But, as you might have expected, the refrain of my rant is: there will still be plenty to see and hear, this summer, in Ann Arbor.

Forget Bonnaroo — a company of local cats are colluding an admirable undermining of those unwieldy cash-cow Fests, with their own revue of rock-n-roll variants – YPSIARBOROO 2012 – punctually planned for the same weekend, in case you’re particularly down-in-the-dumps over missing out on any big summertime musical-thrummed camp outs.

You’ll get sweaty smacks of the new spacey, wavy punk sound: The Real Spicolis, Bone Dust, Mud Bugs… psychedelic-tinged folk trips: The Ferdy Mayne, Runeship of the Rhyme Traveler, The Vagrant Symphony… blusier, boogie-stomping twangs: Trembling Earth… Pure-pensive folk trips and neo-country pop, dreamy/drifty, eclectics: The Hand in the Ocean, Gun Lake, Match By Match, Steve Smalls & the Gang, The Bowling Green…pop/rock-leaning baroque-sensibilities: The Juliets…and, sometimes all of the above: Patrick Elkins. All in one night, at the Blind Pig, June.

The Ann Arbor Summer Festival (annarborsummerfestival.org), the 29th annual local arts festival running from June 15 through July 8, offers three weeks of engaging entertainment, from music, to movies, to comedy, to cuisines, to dancing and various other family-friendly interactive programs/presentations.

Top of the Park is typically where you’ll find your local music fare — often the folk/rock-leaning types – and it can be a sweet, soothing way to spend an early summer evening — on Washington Street near Fletcher access to refreshing facilities offering fine local brews (Arbor Brewing Co.). This year Theo Katzman, The Infamous Stringdusters, Chris Bathgate and The Macpodz play, among many others. 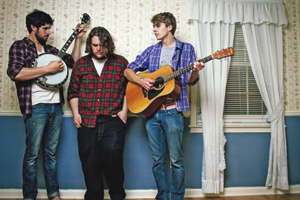 I love local music, as I said. I’m sure the coalescing rush of thousands of breathless head-bangers and sand-dancers under bright lights and swooning to booming amps surging Radiohead ballads can feel life changing. But one can gain nuanced perspective, perspective otherwise lost in the funnel-clouds of biggie Fests, when you’re five feet away from passionate performers (who are also your neighbors) and, subsequently, can then talk to them after their sets. Tell me about this song, or that one…what inspires you?

Often, what inspires me is local music. That’s why, each summer, I stay.