Weekly What's Up: Hash Bash at The Blind Pig 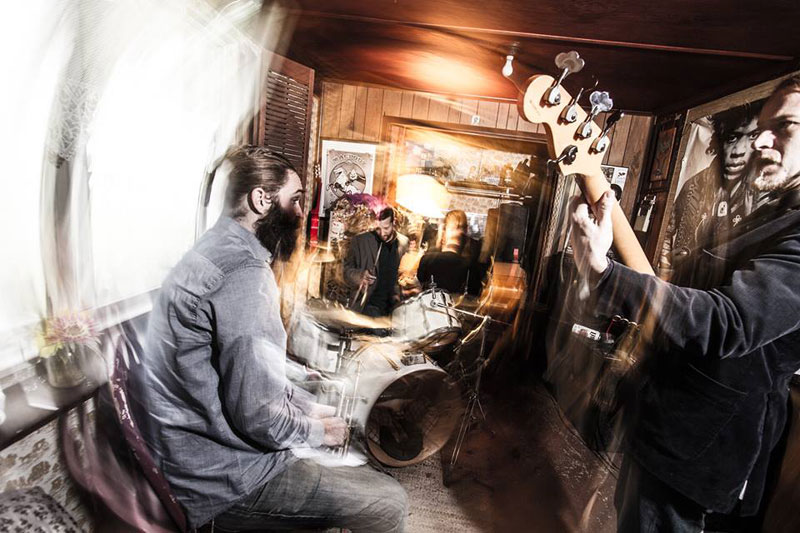 On the first Saturday of April, at high noon, hundreds rally on the U-M Diag to celebrate Hash Bash. Back in 1967, Michigan’s music legend, John Sinclair, a scholar of jazz and blues, a poet, writer and counterculture icon, was arrested and sentenced to 10 years for passing two joints to an undercover police officer. This led to a massive protest from musicians as high profile as John Lennon and Stevie Wonder.

Three things followed: marijuana was decriminalized in the city of Ann Arbor, (eventually reduced to a civil infraction); Sinclair was freed; and in 1971, the first annual Hash Bash was commemorated. This year, the 44th annual Hash Bash unites likeminded cannabis proponents collectively hoping to end marijuana prohibition in the foreseeable future.

As the day’s festivities wind down, the evening’s musical performances rev up: John Sinclair will grace the stage of the Blind Pig, along with Laith Al-Saadi, Rootstand and The Macpodz.

The Macpodz, specializing in a smorgasbord of soulful jazz styles, mark their ninth year of participating in the Hash Bash festivities with a new lineup and what they consider a refreshed perspective on the original mission statement that set them on their path in the first place. The group, which blends post-bop psychedelia with soulful grooves, are in the midst of wrapping up a new album.

The Macpodz’ bassist Brennan Andes said that Hash Bash “is a chance to recognize the role of music as a rallying point for social change” and a way “to honor our mentors who’ve paved the way for the freedoms we enjoy.”

Or, as Mr. Sinclair put it, years ago, as he was envisioning a cultural revolution as a “total assault” that utilized various tools, from music, to writing, to “dope…” to self-expression, all of it being “one message: the message is freedom.”

Originating in the cultural climate at the turn of the 70s that saw Sinclair freed and the Michigan State Supreme Court ruling the state’s marijuana statues unconstitutional, the Hash Bash has since become an indelible part of Ann Arbor’s progressive legacy of activism and democracy.

As organizer Adam Brook sees it, as long as citizens are not free to smoke marijuana, then Hash Bash will remain relevant.

The Blind Pig opens its doors at 8 pm for the official Hash Bash after party celebration. Gypsy fusion outfit Rootstand will open things up, followed by a poetry reading by John Sinclair, accompanied by his Blues Scholars band. The Macpodz will start stirring things up with their tripped-out swirl of disco-bebop and finally, Laith Al-Saadi’s electric guitar pyrotechnics will top off the evening.

The evening before Hash Bash (Friday, April 3) there’s another substantial line up of music over in Ypsilanti at The Crossroads Bar & Grill.

Detroit’s sci-fi/horror-show/surf-punk pugilists The Amino Acids are coming to town. They’re joined by the raucous metal/hardcore outfit Minus9 and the cinder-block rock of Disinformants.

Minus9 put up a new EP in late January. Check it out.