Buffay, Ann Arbor Summer Fest, and Everyone I Owe 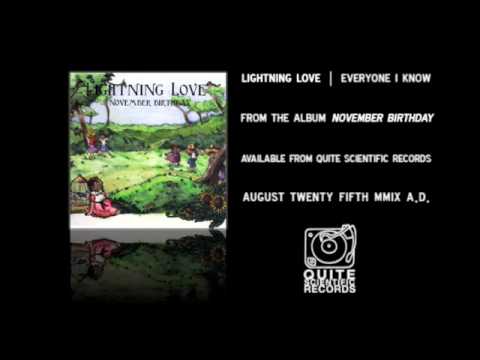 If your jaw drops, that’s the point. If you blush, that’s a bonus. Buffay is ridiculous in the best way possible.

The Ypsi-based hip-pop/rap-funk freakazoid is the cut-up, the card, the reliably brazen one of the bunch that says what everyone’s thinking; he’s got the gall, he’s got the filthy poetics, he’s got the crazy voice.

But hopefully you hear this with a sense of humor, since Buffay’s real-world alter ego, producer Brandon Wiard, intends on delivering it from a source of wiseassery satire. More than that, though, Buffay’s new full length, All You Can Eat, which drops next Tuesday, is entirely about fun, not offensiveness. More than that, Wiard’s fine-tuned engineering ear and smorgasbord music taste makes this an indelible party record, with flashes of hip-hop, funk, rap, rap-rock, indie-soul, gospel, calypso, and R&B. There’s also flashes of Lil’ Wayne meets Alfred E. Newman, or imagine an Archie comic goin’ full gangsta-rap, chainz & all…Listen closely and you can hear the years of meticulous arranging and mixing that went into this project.

It’s one thing to make a crazy, balls-out album intended to charm, or, at times, sound facetious, but Wiard took all this funny business seriously. The care in the crafting can be heard with each component,  be it back-up singers or horn parts, drum tracks or bass samples, very seriously. All You Can Eat was started several years ago, and came together like a jigsaw puzzle. The instrumentation and arrangments change up with each verse in every song. The credits on the album, coming out on Pretty Suite Records, are pseudonyms and aliases for local musicians like Ross Huff (Macpodz) and Leah Diehl (Lightning Love).

The first music video to be released will be the animated clip for "How You Been? (Bend Over)" which was illustrated by Sean Mack (who did the most recent Musiq Soulchild video).

Read our interview with Buffay here. Listen to some more tracks here.

Buffay’s All You Can Eat will be available June 14th https://buffay.bandcamp.com/

This weekend's lineup for the Ann Arbor Summer Festival's Top of the Park stages features Liquid Monk (streaming below), Dave Menzo, The Infatuations, October Babies, Minions and much more! The fest kicks off Friday at 5pm, and you can find a full schedule here, with a map here. There’s also plenty of food, beverages and other activities for the whole family to enjoy.

Everyone I Owe: Lightning Love reunion

Everyone I Owe is a two-day mini-fest that also serves as a film shoot for a future concert documentary. It’s a long story, but suffice it to say that back in 2011, another film director had similar aspirations to capture an expansive montage, a collage of contemporary acts that included Ypsi piano-pop trio Lightning Love. But, that previous project, pushed as it was through kickstarter, has yet to see the light of day. Again, long story. Let’s not worry about that now.

Let’s just, instead, celebrate the fact that Lightning Love, dormant since late 2013, have decided to reunite for one night only, in solidarity with the organizers of this new endeavor. Because these bands feel like they’re still owed a proper documentation, because they feel like they owe themselves a substantial amount of solidarity and…because why not?

Lots of other bands that haven’t seen a stage in a long time, like The Satin Peaches, are also getting together for this weekend’s blur of performances. You can also see Carjack, The High Strung, George Morris & The Gypsy Chorus and a new band of scene vets called Arc Pelt. The shows will start at 7pm both nights (Friday & Saturday), with 23 bands split between two stages. More info