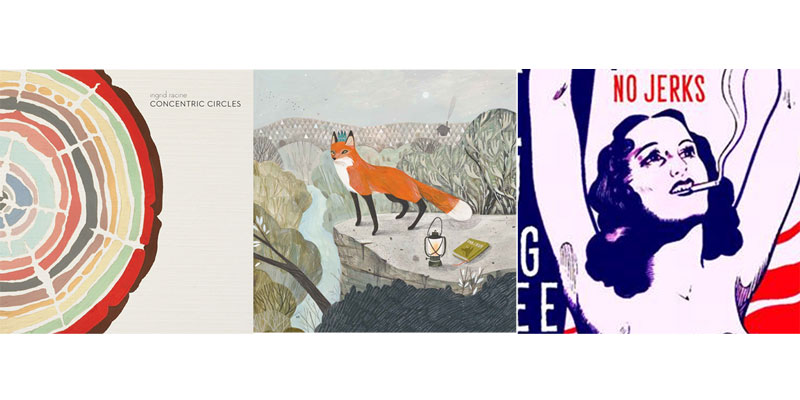 Welcome to Spring! Local students, you really only need six more weeks of steady concentration and then you’re free… The only way you’re going to retain sanity, I think, is by losing your minds at music concerts on your weekends. We’re starting one day early, with a special Thursday concert curated by an aspiring Wolverine.

We’ve told you about What The Sound, already, with this column. UM senior Ben Schecter ain’t your average music blogger. He has another impressive lineup of local up-and-coming indie outfits spanning several styles and genres, hosted at the Blind Pig. It’s hard enough, with the built-in chaos of the Internet, to get a good indie-band some well-due attention, but What The Sound (i.e., Schecter) is doing his damndest to contribute his promotional part.

Stankface, Brahj, Charlie Burg, shAAka and stoop lee round out the bill, for an affordable $7 (or $10 for ages 18-21). For a full rundown of mini-bios for each band, Schecter’s got you covered.

Dinner & a show is always an optimal way to kick off your weekend: stress-relieving and enlightening, all at once. Bona Sera is hosting the album release show for Ann Arbor-native Ingrid Racine,  an esteemed composer and trumpeter specializing in everything from post-bop to jazz fusion, folk to hip-hop.

Racine finished her BFA in Jazz Studies from U-M where she studied with the great saxophonist Donald Walden and the DSO trumpeter Bill Lucas. She’s toured the state, performing with Phil Ogilvie’s Rhythm Kings, Mady Kouyate’s Heat of Africa and Detroit-based Straight Ahead. Local jazz-fusion fans likely saw her perform on tour with NOMO through the 2000’s. (She got her Masters, by the way, in the late 2000’s, studying with Prof. Geri Allen at UM). Needless to say, Racine is highly accomplished, supremely talented and certainly has an eclectic, wide-ranging sensibility for performance styles. Expect smooth charms and some expansive avant-gardist trips, from melodic improvisations, to odd meters, melancholy ostinatos, to  glitch inspired rhythms and haunting refrains

Singer/songwriter Greg McIntosh’s unstrung Americana auteurs Loose Teeth are a fitting compliment to this line up, as well as Owl Game, a duo of sound engineers that formed in early 2014 twining out their own alt-folk style. Foxlore will be the Crane Wives 4th album, available 4/2/16.

Bands come and go all the time… But we can’t let a band like MPV just pass by without acknowledgment, particularly because I believe they served as a substantial inspiration to every 18 and 19 year old college-rock band from Ann Arbor to Ypsi, from WCC, to Wayne State: dynamic live shows, consistent touring around the state, impressive band art and album covers, potent and original blends of indie-pop and hard-rock, stylish music videos and a natural charisma. Oh, and a mighty work ethic. This band was never f*ckin’ around, and it showed; that’s why they won so many fans. And, so many of said-fans will be on hand, in Hamtramck, to send off MPV, for their last show…