Tunde Olaniran and James Linck perform at The Blind Pig 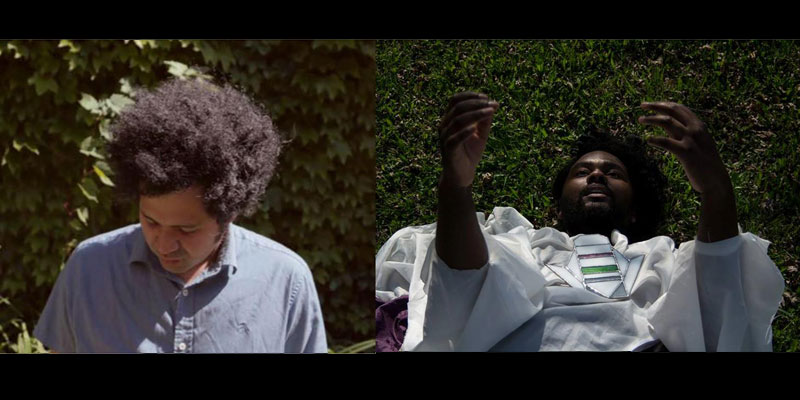 Tunde Olaniran and James Linck both dropped albums this summer and both singers respectively upped their games, producing what’s likely their most realized and definitive works to date.

That sounds heavy, right? Can that be true? It sounds so absolute… “It’s funny you ask,” says Linck, “I’ve actually been asking myself that same question, lately…”

I mean, can we be sure? “This is the happiest I’ve been with any music I’ve made,” Olaniran confirms.

Olaniran’s Transgressor came out in August and it met with a range of reviews, most of them raving for it, and others admittedly staggered by its gyroscopically wide-orbit arc of moods, music styles and sensations. Linck’s Small World came out in July; a self-produced poetic diary set to a comparably wide-ranging anthology of sounds, switching up synths with pianos and bass with spacey blips, live drum kits with Nintendo-toned splats, under the fluttering melodies of his head-spinningly-high gossamer falsetto.

Both of these singers, with Olaniran hailing from Flint and Linck coming from Detroit are performing a concert at the Blind Pig this weekend, backed by hip-hop phenom-duo Passalacqua and the multifaceted neo-folk auteur Alex Koi. Info: www.blindpigmusic.com/calendar.html#!/events/509

Olaniran’s music is valiant and defiant, inspiring and raging, rhythmic and contemplative… It is, for lack of a less tired-out word: intense. He starts from neo-soul R&B and chops in hip-hop beats, blurred-cadence raps, techno-claps and hurried club jam crescendos. His stage show utilizes a minimalist-yet-dazzling choreography (with costumes designed by the singer, himself), injecting elements of sci-fi theater and post-apocalyptic ballet to his electro-libretto. Olaniran, as a performer and as a producer, is embodying the endorphin-high, wide-eyed dance tremors of a midnight neverland, while still injecting scores of social commentary and true heart confessionals into his lyrics.

But when it comes to heart-on-the-sleeve elecronica auteurism, we have to pass the mic to Linck, as unafraid to lay out confessions of feeling frightened of the future with his sentimentality for geek culture’s strangely therapeutic escapism. One song could be pure electro-indie-pop; another could be a more sweeping soul ballad, all the while, the latest record evokes Linck as a restless kind of mad scientist seeking, like some melody-haunted somnambulist, his signature sonic environment and never wanting to stay in the same dream for more than three or four minutes.

Olanrian & Linck, on stage and style

Olaniran worked particularly hard on the production for Transgressor, particularly synching it up to the stage presentation he’d envisioned in his mind. “I am in love with performing this music,” Olaniran said. “I wrote this album as a companion to live performance. The changes, the shifts in tone, the energy…it’s all meant to work together in headphones as well as on a stage. Being on stage, performing and singing gives me so much more psychic energy than any physical energy that’s expended… The same goes for music. Writing and producing, especially when there’s a collaborative aspect, really gives more to me than it could ever take…”

“And I’d like to make a cohesive album with a certain sound…” says Linck. “But, I think if that’s gonna happen, it’s gotta happen naturally. As for now, I’ve got a handful of songs that are half-done that could be for the next record and they’re every bit as eclectic as the last bunch (on Small World). Maybe even more so…”

“I have heard every possible reaction and critique,” Olaniran said of the reviews, the raves, the shade, and acclaim that followed in Transgressor’s wake. “I’ve heard: ‘He’s showing off with his vocals… ‘ ‘He’s a bad singer…’ ‘His voice is amazing!’ ‘This is the future of hip-hop…’ ‘This isn’t real hip-hop…’ It spans extremes depending on the listener. It taught me to keep a small circle of people I turn to for feedback, and to kind of ignore the rest and trust my instincts as a producer and writer.”

Something that speaks to you…

Both of these soul-hip/hop-electro-pop blending performers sound like they are hitting respective zeniths. Quite a time to catch them all, live, in one night, right? Plus, you get the comparably rising tide talents of Alex Koi and Passalacqua…not a bad way to blow off some mid-semester steam, Wolverines. We know these aren’t “locals” per se, but a 40-minute drive across I-94 isn’t so far as to separate the scene’s from sharing a sensibility for excellent electronic soul…. In fact, they’re quite looking forward to visiting…

“Ann Arbor has its own reputation in the world, especially now in electronic music,” Olaniran said. “The Blind Pig is a place I have played in the past as an opening act or as part of a festival with more widely-known headliners. I used to check their calendar and look for shows to open for when I was in a band. It’s silly, but, headlining an historic venue like (the Blind Pig) feels like some kind of benchmark to me…”

Benchmarks! Maybe you’ve already read Olaniran’s name from a slew of hip blogs and online zines, from Pitchfork to Noisey or wherever else… It’s one thing to see all that and envision Olaniran hanging out in some tastemaking editor-in-chief’s office clinking a champagne glass to toast all this great press, but maybe you should actually listen to the record (Transgressor). “In a lot of ways I’m still just starting…and still am very much struggling to gain a wider audience,” Olaniran admits, ostensibly speaking for himself, for Linck, for Passalacqua, for Koi and for every other indie artist out there who pour equal amounts of their heart into their productions. “Get the record…I think you’ll find something in it that speaks to you…” Olaniran said.

Olaniran is hoping to tour more as well as start working on new music. The hope is to release a new record by the end of next year, but we’ll see… “For the immediate future, my plan is to meet some awesome people in Ann Arbor, at this show…”

“I honestly know very little about the Ann Arbor scene,” Linck said, with his signature shrugged-honesty. “I’m just hoping to make some new friends at the show and have a reason to come back.” What about the next record? “As far as future plans?” Linck says. “I think I’m gonna call the new record No Future.”

We’ll see about that…