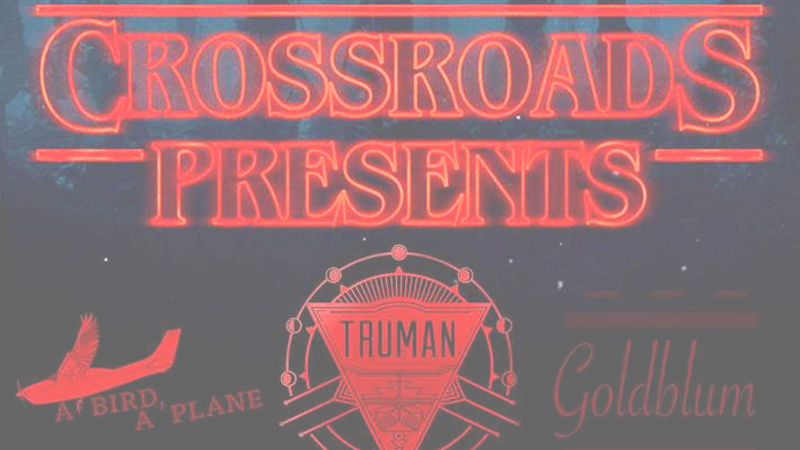 The first time I walked into Crossroads Bar & Grill, I felt at ease, I felt like I could just hang out, I felt welcome…  I didn’t know it at that point, late last year, but that easygoing evocation manifested under the affable influence of Greg McCoy, who I finally met over the summer when I was just starting what’s become an ongoing series on venues and the opportunities of artists and bands to be heard (and seen).

This was to become “…a place of solitude…and real entertainment…” I wanted to talk to McCoy about Crossroads, as he and his colleagues there at the Ypsi venue notably stepped up to fill the void left after the closing of Woodruffs in 2013.

But some in the scene may not have realized that Crossroads came close to closing. Now, as its been recently reenergized by McCoy and his staff, you’ll be re-acquainting yourself with it under its new name: Nix!

One can immediately infer from McCoy a deep sincerity, a passion for supporting local culture, and an ambition to cultivate an unique space, a hub, a community center… for local music…if, still, albeit, inside the milieu of a bar.

Hopefully you can grab a copy of Current Magazine’s November issue, where you’ll read insights, opinions and proclamations from fine folks who help run venues like The Ark, The Blind Pig, Corner Brewery and Cultivate Coffee.

Now, I couldn’t report this in time for the November issue’s deadline, but suffice it to say, Crossroads (soon to be known as Nix) came concernedly close to closing. If not that, it risked possibly changing (or dropping) its itinerary of entertainment programming into something that would no longer resemble what those of us in the local music scene have come to appreciate since last November when McCoy took charge of music programming.

“It took a lot of hard work and months of negotiations to keep one of the last Ypsi venues alive,” said McCoy. The owner of the building at 517 W. Cross St doubled as owner of the actual business (Crossroads), but a process had begun earlier in the year to sign Crossroads’ papers over to new management. That process was slowed by a legal dispute over the contract and for a couple weeks, McCoy worried that he and his staff would be left in the lurch, as it were…

“We fought tooth and nail, as a team,” McCoy said, “to prove that live entertainment was and still is an important part of who we are as a city.”

Even if it was only temporary, the ominous limbo in which Crossroads’ future hung took a toll on the staff. “I, personally, took it really hard,” McCoy said. “I give so much to provide a haven for local or national acts to come into Ypsi, whether for their first time or for their hundredth time, and feel like they’re home! Our scene is so huge. So much passion for music! I strive to give the city the best I can and provide them with new and upcoming bands so that the scene can just keep growing. Keep it alive! Let voices be heard and let artist know that people do care!”

McCoy’s last couple sentences up there sum up the whole series on venues we’ve been featuring. “We (everyone who works at Crossroads) put so much into turning the place around from what it was, into the venue that it is now…”

From here on out, McCoy said, “…there’s no holding back…!” A renovation has already begun to give the place an entirely new look and “a more exciting vibe.” You’ll a variety of drink specials and discounts for any students from UM, EMU, Wayne State and WCC. McCoy, meanwhile, is looking forward to updating the sound system, the stage and the lighting. “Be excited,” he said, “you’re in for a treat! Tons of new out-of-town acts and way more shows!” That would be up to four, if not five shows per week, on top of their karaoke n Thursday’s.

“I’m beyond stoked to get the ball rolling on a lot of things I’ve had to hold off on,” said McCoy.

“A local venue is extremely key to the overall wellness of a community,” McCoy intoned. “They provide a place for people to express who they are as individuals, to get things off their chest that they may not be able to express anywhere else, or to be able to walk up on a stage and pour their hearts out to strangers. To escape reality for 30 or 45 minutes and experience something that means more to them than most could even grasp… The reasons and feelings are endless. They vary from person to person, but I would never have met some of the people who are my closest friends now if it wasn’t for having a venue…I wouldn’t be the same man I am today Music is my escape, and it thrives in local venues.”

McCoy never gets a day off. His phone is basically exploding constantly, as he works to continually keep on the ball with booking for Nix. He’s already looking ahead to January.

“I do this because I feel I owe it to all the people who have supported me along this journey,” McCoy said, reflecting on all the work that goes in not just keeping Nix afloat, but keeping it vibrant, also. “To everyone who’s come to see my bands play, and to the younger ones who wanna play, and to the city that I love…My favorite thing about the Ypsi scene is watching it grow! Nothing humbles me more than somebody thanking me for something I pride myself on. I never act like I’m the best; but I will give you the best!”

“It never gets old…I hope I never have to stop!”

Coming up: Truman, Annie Palmer, Goldbum, and A Bird, A Plane will perform on Nov 26 at Crossroads, the Saturday of Thanksgiving Weekend. More info: facebook.com/pg/crossroadsypsilanti