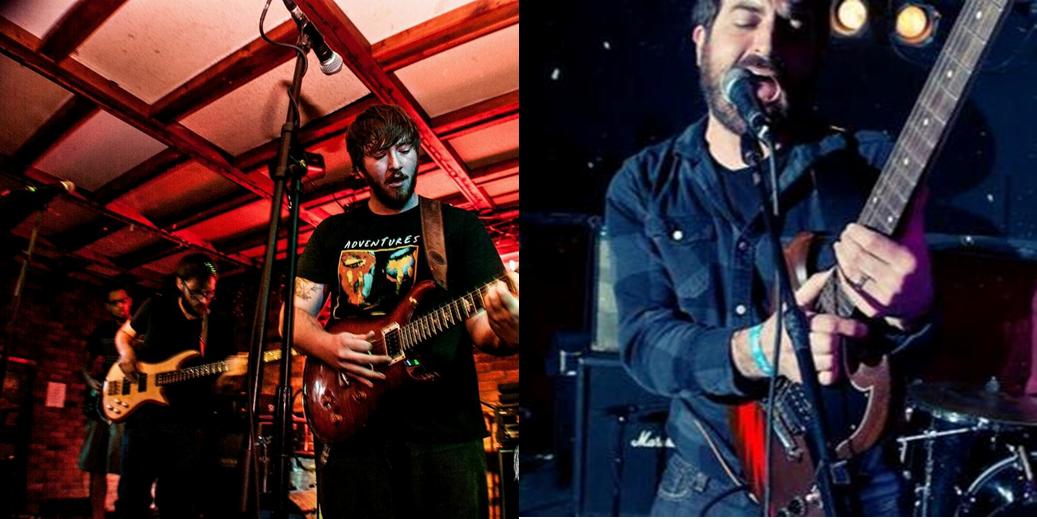 Ypsi/Arbor area outfit Truman doesn’t quite fit into any genre. Started by the singer/songwriter J.T. Garfield, they’re not psych or hard-rock, but certainly trippy in their own way. No, cerebral is the word I’m looking for: a music that billows like the choppy, icy seas of some far-off and fantastical exoplanet, a music (grounded in guitar-heavy post-rock) that attains an uncanny middle ground between meditation and agitation.

And now J.T. Garfield is going solo at Beezy’s Café, along with fellow Truman guitarist Zach Harris, who will also be performing a solo set. Rounding out the lineup is music scene staple Anthony Gentile (of Disinformants). “When I’m writing for Truman,” Garfield said, “I keep in mind what (Harris/Eric Hurd/Sam Thompson) could add. But, I think it all comes from the same places, though. We’ve actually turned what I thought would be a solo song of mine into a pretty crazy Truman song. Meanwhile, Gentile is an amazing performer. I’ve only seen him with the Disinformants and with Lizerrd and he often ends up on the floor or stepping into the crowd, staring people in the eye while yelling with an insane look… It’s beautiful stuff.”

“(Truman guitarist Zach Harris) loves the country twang sound,” said Garfield. “But, I have a slower, more somber sound. We’re both adding back-up vocals for each other’s sets, so lots of harmonies!”In the early 2000’s, Gentile would perform at open mics once a week. Not many know (or remember) that Gentile can share a solo-singer/songwriter side of himself. “The music is absolutely different than any of my bands,” he assures, admitting an uncertainty over how well these barer songs will translate for Disinformant fans. “People who really know me and the music I like and the way that I think will find enough similarities for these songs to make sense for them.”

This could be the start of a trend in band leaders going solo together. This Beezy’s lineup came together somewhat whimsically, Gentile admits. “I saw that JT from Truman, a fairly new friend and fellow musician, was playing some solo sets and putting some solo songs online, and I thought it might be fun to set something up. I asked, he was in, and this Beezy's opportunity seemed perfect.” Gentile, who is usually throwing his whole body into his performances (whilst stretching the limits of his voice) will pare it back to more traditional American folk styles recalling Grateful Dead, Dylan and Neil Young (particularly, for the latter, After The Gold Rush era). “Gold Rushoffered me comfort and peace without sacrificing reality,” as Gentile put it.

Gentile will also explore older rock forms from the 50’s with a bit of dark-indie soul sewn in and even some hints of modern bluegrass. “Rest assured, you’ll still get a healthy portion of cynicism and despair sprinkled with a heart-on-a-sleeve sentimentality and an insatiable thirst for freedom.”