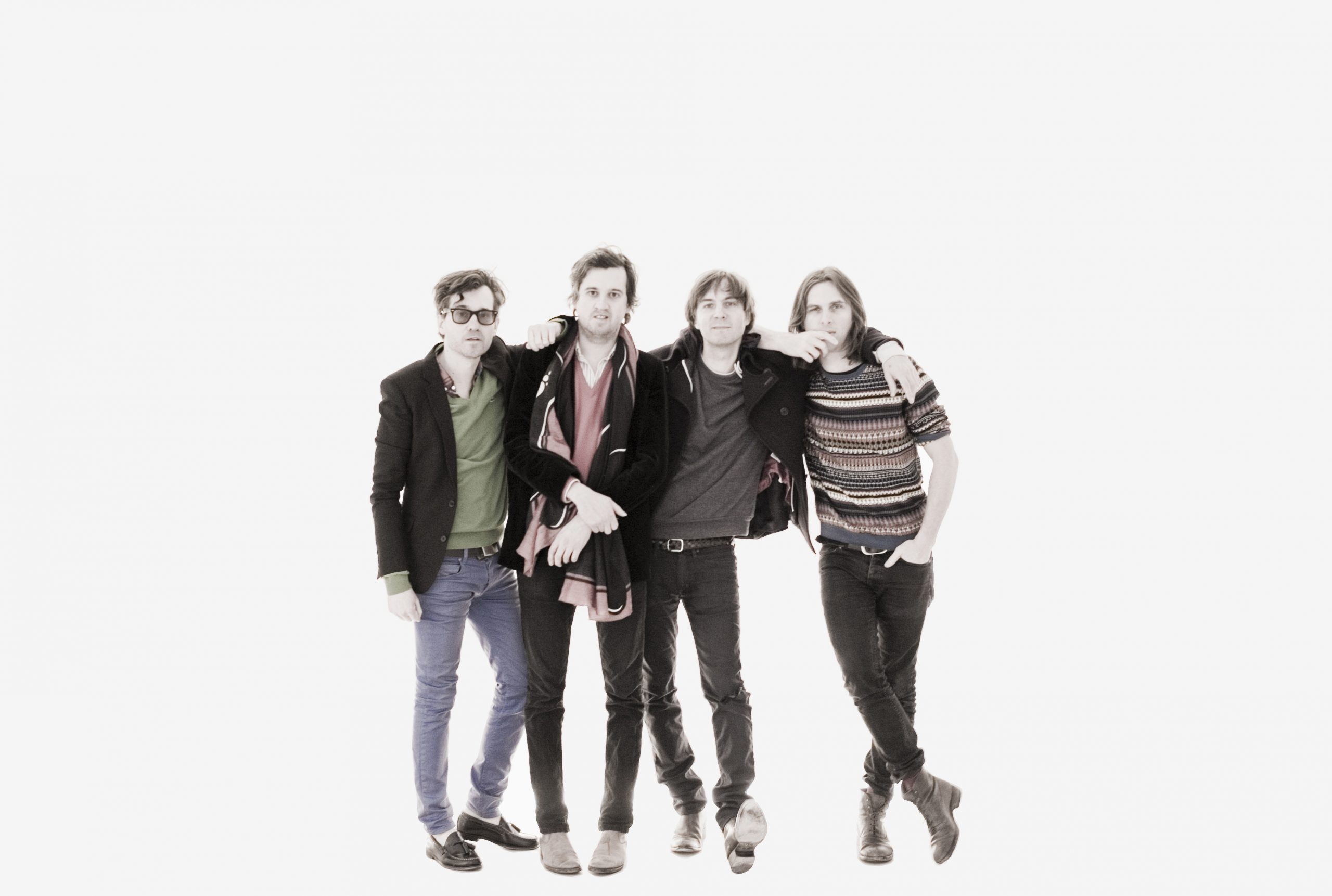 Actually, starting in the late 90’s, Phoenix didn’t feel like they quite fit as a “French thing,” yet. The group (d'Arcy, vocalist Thomas Mars, guitarists Laurent Brancowitz and Christian Mazzalai) found their native Versailles to be an “aristocratic” city that was a bit “suspicious” of any band blending rock and new-wave.

And, about the dancey-ness of their tunes? You may know Phoenix as a subtly exotic pop group that specializes in kinetic cuts coaxing you out onto the dancefloor (or, perhaps the synth-heavy, shaking single that spurs you to accelerate just 5 more miles faster as you cruise through the neon-light dazzled streets of downtown on your way to the club).

“Actually, this album isn’t so dancey. And, even then we never thought that dance beats would be a determining factor.” d'Arcy says. The band’s latest album (Bankrupt!) diverged from the dance, so to speak. Darker elements draw some shades upon their songs, mixing in jarring ambient noise and fervent drums, minor key drones from willowy synths and some ominous lyrics that cast subtle clouds over what would otherwise be their characteristic ebullient pop jams.

But, says d’Arcy, if all you want is more of said-characteristic-ebullient-pop-jams, you’ll have to go back to 2009’s Grammy-winning Wolfgang Amadeus Phoenix, the album that broke them here in the states, thus whetting U.S. fans’ appetites for more  grooving, bob-and-weaving singles like “Lisztomania” and“1901.”

“The goal of making music is not to do it quite the same way,” says d’Arcy. “We wanted to make (Bankrupt!) to be like every song sounding as though it could all have been made by a different band. Some people, I guess, expected a second Wolfgang, but that cold never happen. That’s not possible for us with our heroes being artists like Bowie, who totally reinvented themselves each time they did a new album. That’s part of it: Change and experiment.”

Don’t get us wrong. Their first two Bankrupt! singles: “Entertainment” and “Trying To Be Cool,” are both fun escapades; quite catchy, dazzlingly-productions, uncannily achieving an artiness inside a Euro-flavored funk. But then there’s also a prickly seven-minute synth nocturne that sounds like an unsettling daydream encounter between Brian Eno and Tangerine Dream on a rainy day. Or—perhaps more telling—there’s another song called “Chloroform.” Whoa, wake up!

d’Arcy,  now also plays guitar and synthesizer on the recordings and on tour. “Maybe some tracks are but, not as much.” The band, says d’Arcy, often switches up instruments between songs (on record and on stage), even though most articles just call d’Arcy the bassist; each contributes equally and adaptively, on a range of instruments.

They really are like a unit or a family; dependent on each other. “We’re not really able to work without the help of the other guys, so we usually all work together when making an album. As individuals, it never works, we wish we could work that way, it would go faster but yeah, it’s a very collective process.” d'Arcy says.

I found that to be refreshing, having encountered some bands that like to work separately and then sandwich their parts together later, or bands that are sometimes lead by one dominant songwriter/arranger, so he responded: “Huh, that’s kinda cool!”

d’Arcy: “Heh, I don’t know how cool that is. Maybe that’s why it takes so long…”

Bankrupt! did take a while to complete. The group actually began work inside Oscilloscope Laboratories with the late Adam Yauch (MCA of The Beastie Boys) back in early 2011 and eventually shifted spaces to Paris with producer Philippe Zdar, finally wrapping things up in late 2012. “We put more energy into this album than any ever before,” d’Arcy says. “Very energy consuming and time consuming. So, lately, we’ve just been working really hard on the tour.”

So, no new songs to report. That doesn’t suggest they’re either creatively nor energetically bankrupt—pun intended—they’re just spending their capital on ensuring the best live presentation possible. “The rewarding part of any album, no matter how taxing or drawn out,” d’Arcy says, “is we always love touring. I know many bands hate that, but we enjoy it.”

Phoenix – 9/29 at the EMU Convocation Center, Eastern Michigan University – Ypsilanti, MI, US –with: The Vaccines – emich.edu/convocation