Frances Luke Accord @ The Ark, Feb 6 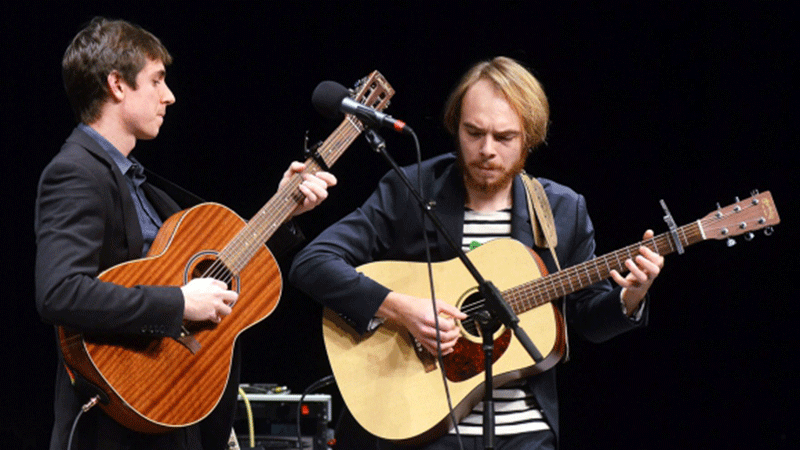 There’s a renaissance in folk music that’s been germinating around the southern shores of Lake Michigan over the last five years – and Frances Luke Accord are a vibrant component to a gallery of contemporaries that include The Accidentals and The Crane Wives. Their new EP comes out January 25 and its titled Silver & Gold; here’s the lead single, “Honeyguide.” Minneapolis singer/songwriter Siri Undlin, better known as Humbird, joins the band for the lead vocals on this tune…

Frances Luke Accord has grown to a four-piece, but the heart of the band came from the founding duo, Nicholas Gunty and Brian Powers. The Chicago-based songwriters have solidified FLA’s regard amid the national folk-Americana circles with their dexterous fret-work and chiming timbres, but have shone brightest with their delicately woven harmonies. This is music for swooning contemplation and restorative meditation…for the sunrise or the sunset…a soundtrack for the quietly profound moments of your days.

Gunty and Powers formed the band in the early years of this decade, during their time at the University of Notre Dame. They relocated to Chicago in 2013 and have been on the road consistently ever since. NPR’s Mountain Stage calls “the definition of lean-in music.”

Frances Luke Accord will be at The Ark here in Ann Arbor on Wed. Feb 6, joined by The Western Den. Click here for more info. And while you’re here, checkout their recent stop in at Audiotree for a live session and interview.