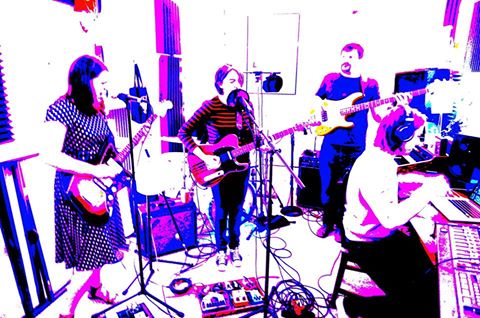 I lost count of when I started doing “Weekly What’s Up’s…” Two years? Not three…but…more than two? I’m not going anywhere, I’ll still be contributing (furiously so) to Current, but I want to try something new next week.

I’ll first address anybody out there who does regularly check-in with me, here, on Thursday afternoons, to scope what’s coming up around Ypsi/Ann Arbor on any given weekend: I actually don’t know if you’ll take this as good news or bad? If this is the first piece of my writing that you’ve ever encountered, then you’re probably appraising me as pretty self-aggrandizing to even presume, with a columnists tacit certainty, that anyone would rely-upon or follow me. Okay. They probably don’t. But I’m getting away from my point.

Before I make my point, though. I am grateful for everyone who does support this Adams Street Publication, whether it’s my words or any of the other staff writers/editors words… We’re doing our best, damn it… But my point is, instead of giving you a Top 4 (or sometimes Top 5) rundown of blurb-sized chunks detailing concerts and various arts/music/cultural happenings, I’m backstroking from Thursday nights to Monday mornings. Mondays?

Yes, Mondays. I love this opportunity. No one’s awake, no one’s excited. No one wants to think about their day job. Everyone probably wants to procrastinate. PERFECT. Procrastinate with me! Open up your browsers and check in on Monday mornings…. (Well…let’s say Monday’s around lunchtime?) and read something much more immersive than a paragraph about a show. Go beyond blurbs.

Don’t just take my two cents-worth, my two sentences of exuberant adjectives; instead, get a chance to hear from the musicians by way of longer-read interviews. Dialogues. OR, take my hand and we’ll scuba-dive deep into albums by way of traditional reviews. Remember those?

Let’s spend some more time together, Current Readers. I can keep it snappy with those WWUP’s at 400 words, but I promise that once you read the 1,100 or so that I’m cooking up about Ypsilanti’s Child Sleep, as well as Modern Lady Fitness, (talking about their upcoming dual-album release party), that you’ll be just as charmed and substantially more informed.

While you’re here…. The big event this weekend is YPSI FLEA at Dreamland Theater. Local crafters, designers and artists will be vending their wares at this all-ages/free community bazaar. Fashioned as an old fashioned swap meet, you can find vinyl records, tapes, fashionable clothing, homemade arts (like zines or fabrics) and a bunch of other interesting things. “Everything under the sun that is cool will be selling for cheap prices…”