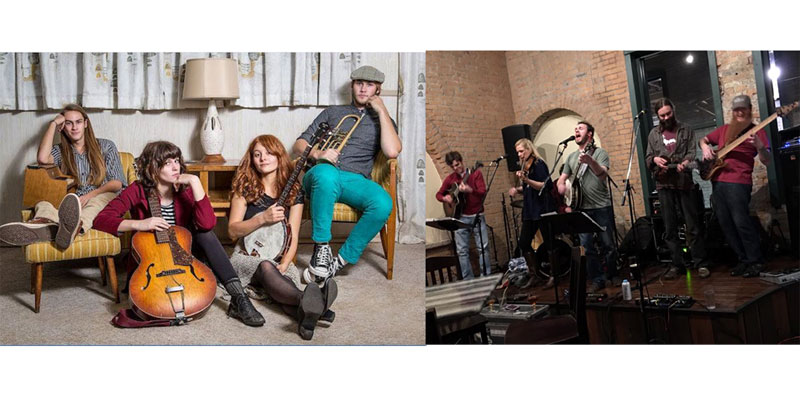 Ypsi-based world/Americana-folk/pop fusion specialists The Ragbirds are heading out on another tour, this Friday. The group, led by virtuosic violinist (and singer/songwriter) Erin Zindle, saw their fifth studio album The Threshold & The Hearth debut on Billboard’s New Artist Chart at #29 and Billboard’s Folk Chart at #20.

Written in the ensuing months after Zindle’s first child (with drummer Randall Moore), Threshold is easily the band’s most poignant and ponderous production to date, a collection of baroque-woven odes and folk-rock swooners searching for both peace of mind and peace of soul. Because if anything, The Ragbirds don’t give themselves very much “peace,” so to speak, considering their work ethic and consistent returns to the road. But that gives their live performances the signature tightly-wound-spring brio and ebullience that everyone’s come to love about them.

Here’s a clip of one of their songs from Threshold, from the release show last March at The Magic Bag in Ferndale.

Looking ahead to the weekend…

Start the evening off with a Crawfish Boil at Bona Sera’s Underground, along with some splendid Short’s brews on tap. A sufficient three course meal is served, starting at 6:30pm (and it’s recommended you purchase tickets ahead of time). With your crawfish, you get an ideal Short’s Beer pairing. Then, at 8:30pm, Dragon Wagon takes the stage, bringing refined roots music and fired-up folk romps. Sample some songs over at their bandcamp. If you want to come exclusively for the music, just roll up around 8 and it will be $5 at the door.

I wrote a bit about this Grand Rapids based quartet last week, but it was for a show over in Chelsea. This time, they’re playing the Blind Pig, and I’m going to write about them one more time… Their album, Maybe The Saddest Thing, came out last December, have you heard it?

I think Mainville’s a stunning artist, not just for her evident talents as a singer and her musicianship, but because of her  keen sensibilities for the stupendous, the theatrical, for quirk and for cinematic razzle-dazzle, and for taking toe-tapping pop to a more mystical world where gypsy jazz dosey-does with Americana-rock. Aiding her in this magic is the Aquatic Troupe, with banjos, trumpets, upright bass and a few other eclectic flavors flourished under a big-body Gibson acoustic. I’d like to stream three songs, if I could, but I’ll restrain myself…

Ypsi-based mandolinist/singer/songwriter Jason Dennie will be opening things up, along with Nadim Azzam an equally eclectic hybridist of hip-hop, folk and pop.