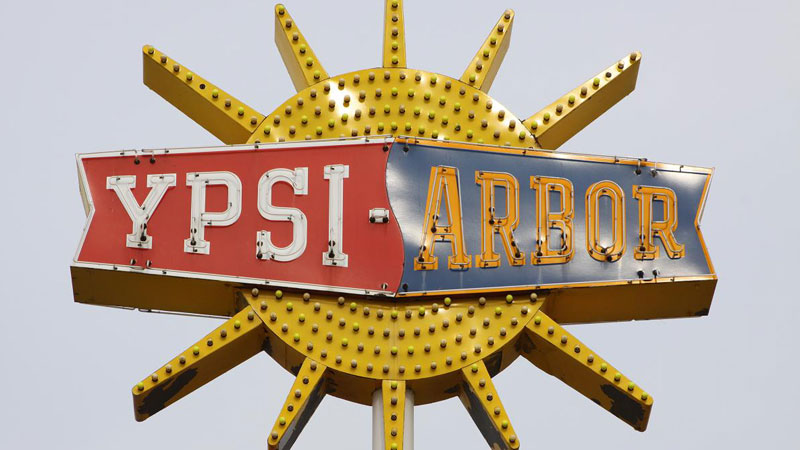 YpsiArboroo will be epic this year: more epic than ever! The grassroots music festival is spreading its sonic footprint across more than a week’s worth of scheduled events in 2017, with events sprawling from Detroit to Ann Arbor and both new and tried and true venues, the events will feature dozens of local, talented musicians.

The what: YpsiArboroo was founded by musician and producer of Intellect Records, Christopher Anderson, and is a sprawling Ann Arbor/Ypsilanti music festival, ala Bonnaroo, with local bands performing in diverse venues over the span of eight separate days. It’s something akin to a music series, a substantial program’s worth of events, rather than just a weekend-spree of music.

The festival started six years ago as a pseudo combining of Totally Awesome Fest and Mittenfest, with an emphasis on outsider-style folk and psychedelic-rock that purposefully demonstrate the viable options of activating unconventional spaces into performance venues.

When planning of the 2017 festival began, Anderson said he had the idea of celebrating all the Geminis that are in the music scene. In his constant efforts to make events about everyone rather than himself, he wanted to make this year’s YpsiArboroo bigger than ever by including multiple birthday parties for involved artists.

“I’m kinda shocked that I went through making it come together this year,” said Anderson. “I figured that with (my wife) having a baby recently, I’d be putting YpsiArboroo on the shelf for later in the future. But that wasn’t the case at all.  I feel that the passion for adaptation and the challenge of formatting and trying new things out makes me come back to it the next year with a crop of ideas.”

The pre-parties: “The Pre-Parties are integral for the Fest because they allow for the bands to introduce themselves to each other,” said Anderson. “I like putting bands together that don’t play the same day just to get exposed and have a good. (They’re a) full representation of the fest with all the different genres.”

The first of the pre-parties will be hosted at PJ’s Lager House in Detroit. A venue that Anderson believes is the cat’s meow. “PJ’s Lager House is just a perfect fit with its ability to have two stages and a really good capacity. I absolutely love the Corktown district too.”

Pre-party (number three) hosted at Bona Sera Underground features Ypsi’s own Cig Butts – a garage rock band formed in 2015. And is one of the most highly anticipated shows of the pre-party events. Something that, according to Anderson, has a lot to do with the venue.

“Bona Sera has been really helpful in getting things moving in the Ypsi scene,” said Anderson, admiringly. “They really don’t worry about acts booked…can hang with the loud ones…and get back to me quickly which is key!”

The main events: “I’m actually shocked on how many “official” places we got this year,” said Anderson. “Bona Sera paved the way by offering us a two-night stint and then I got Alley Bar and BTB Cantina…two venues that are new to having bands play in their spaces.”

Anderson admits that not every organization or venue manager is as gung-ho as others. To those that helped prop up YpsiArboroo, said Anderson, he appreciates the solidarity they show in sharing his vision for a freeflowing acoustic/electro bloom of aural inspiration.

“Musicians definitely give me the highest amount of positive feedback for the fest.  They really appreciate my effort to keep the scene vital and I encourage them with feedback on their sets and can provide more exposure with photos that (YpsiArboroo) shares online.”

This year’s fest is coming along at the same time that Current Magazine is taking an extra effort to consider the future of the music scene – pertaining specifically to the sustainability (and support) of local performance venues.

“This is my favorite way to host,” said Anderson, referring to the consistent transition of locations, and utilization of outdoor spaces, like parks. “I love it when you can mix music with the recreational… I feel like the live experience is so much different than catching a band’s songs over their Soundcloud or bandcamp.  I love feeling, I love the energy of that band-to-audience interaction; I’ve always gotten a natural high from that.”

You can find the list of venues, and the dozens of local bands scheduled, right here.

You’ll find updates about the upcoming June 2 kickoff of YpsiArboroo by following Intellect Records on Facebook. Get out there and have fun!