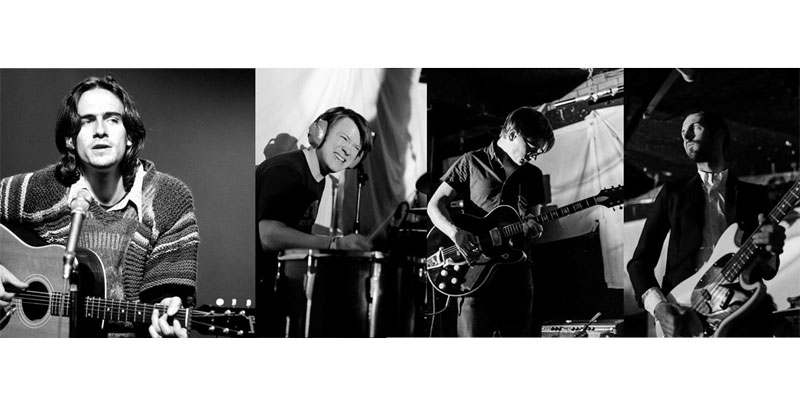 Happy St. Patrick’s Day…assuming it is a happy one. This holiday is often endeared more to the rowdy or boisterous celebrants among us; here’s hoping you didn’t celebrate too much, if that’s the case. I’m hoping you saved some stamina for full weekend’s worth of jubilation. But, just in case you have a particularly epic day of Irish-themed indulgence, let’s start with an event where you can mellow out a bit, with the antithesis to a bass-blasted club or a beer-spilt bar, let’s go to here folk music at Cherry Hill….

Last August, local music maven Billy Harrington helped spearhead a sentimental send-up to the inimitable folk icon James Taylor at the Ark, with help from The Private Music Network. Performers like Chris Dupont, Olivia Millerschin, and Drew Howard graced the stage with their reverent interpretations of Taylor’s soulful folk songs. Harrington has another revue ready, with an even more impressive ensemble of local talent, including singers Chrystal Starr, Antwaun Stanley, Dorothy Yarrington, and many more, including the returns of Millerschin, Dupont and Howard.

This time, “A Night For James” will transform the Village Theater at Cherry Hill in Canton into a live concert experience. Expect  renditions of Taylor's classics, including "Fire and Rain", "Sweet Baby James", "Carolina In My Mind", "Walking Man", and many more.

This one requires you to drive to Detroit, but I think it will be worth your while: local singer/songwriter (and sometimes “producer”) Ben Collins has been focusing much more intently on his band, Minihorse, lately.

Collins, who most of you likely remember from Lightning Love, has several burners on his business-stove lit with pots that contain bands like Rebel Kind, Starling Electric, The Boys Themselves and PONYSHOW. But lately, to our delight, he has decided to spend a little me-time, or, Ben-time, rather, on his group with Christian Anderson and John Fossum, a blend of twilight trip-pop and surreal sunrise indie-rock. From his home studio in Ypsilanti, he has split time recording several bands whilst also developing some Minihorse songs for a very up-in-the-air/no-date-determined release. Here’s one song, while you’re here:

Did we mention that Collins very recently started helping out Frontier Ruckus’ Matthew Milia develop a new solo album of power-pop ditties in his studio? Stay tuned for that. Meanwhile, consider attending the next Minihorse performance, which features a solo set by Milia, along with Mom Barley and Rom. To avoid false advertising, we don’t want to imply that Minihorse are headlining this show, nor would we want to imply that Collins’ new trip sounds like Lightning Love. But hopefully “More Time,” (streaming above) has been enough to charm you over…

I’d mentioned earlier that we hoped you haven’t blown yourself out, party-wise, what with St. Patrick’s Day falling on a Thursday. Because…what about the equinox? What about the very onset of Spring? Shouldn’t our jubilant trumpets blare a fun fanfare for the kickoff of warm weather time? The Far House thinks so.

This weekend, the DIY Concert Venue and cooperative down the road, a bit south of UM’s campus, is hosting an excellent lineup of bands, three of which are going to be road-tripping over here from Metro Detroit. Pocket Candies and Unofficial Matilda are the local heroes on the lineup, along with Ferndale’s Ex American and Royal Oak’s ASBO Action Squad. The star of the night will undoubtedly be DUANE. Duane is a multifaceted musical tour de force, singer/songwriter/performance-artist/ stylist… once known as “The Teenage Weirdo” and soon to be known as “The Commercial Artist,” potently blending the glamorous valiance of Bowie with the sensational vigor of Prince.

Consider this an ideal way to exorcise the winter blues… spring is here.