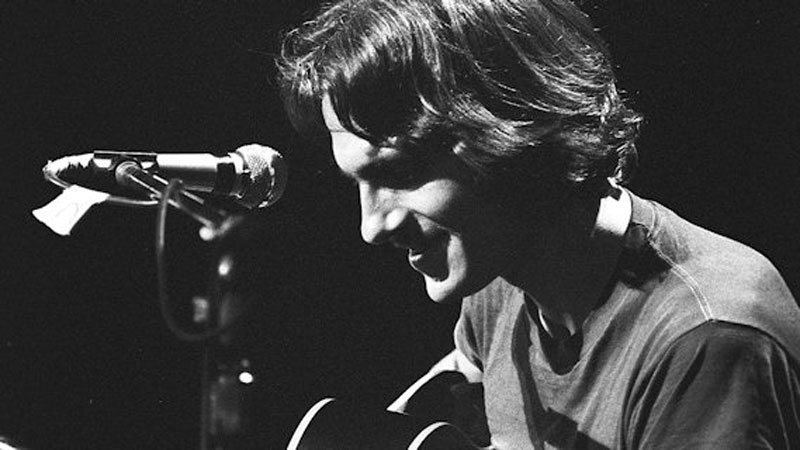 Maybe you don’t know Billy Harrington yet but he’s likely had behind-the-scenes involvement in producing (or recording) some of your favorite local musical experiences of the last few years. Harrington also knows exactly why you, yes you, have probably always really dug the music of James Taylor.

“I work with many singer-songwriters,” Harrington said, “and I’ve found that they all love James Taylor.”

Harrington, a freelance musician and music director, knows what makes for the best live concerts and performances. “The best ones turn can the room into something else. They take you somewhere…It’s a vibe that takes you somewhere during the show. James Taylor’s music has done that to me ever since high school. I actually wore out hisGreatest Hits album and had to buy another one.”

Harrington has organized a tribute show celebrating the music of James Taylor set forAugust 20, hosted at the Performance Network Theatre in Ann Arbor. “A Night For James: A Concert Tribute to James Taylor” will be Ann Arbor’s ode of one of the most iconic and influential singer-songwriters…ever! Can we say ever? Let’s say “…ever!” And it features several substantial talents from the local music scene, each of them uniquely inspired by Taylor’s signature style and immortal songs.

“When you hear him sing, you know it’s James!” said local singer-songwriter Chris Dupont. “I love that he’s got a huge range of things he can do, but that he always serves the tune and the lyric first.”

“I think the one thing that I love most is his soothing and expressive voice,” said singer-songwriter Olivia Millerschin. “He didn’t have to us a big, booming, riffing voice to prove his talent or keep people interested. He was a pioneer of not over-singing…with this crooning, sweet, melodic tone; it made what he sung all the more effective and beautiful. And, look at the staying power!”

The Private Music Network’s production of “A Night For James” is a testament to said “staying power.” Harrington is working to bring to life an evening of music that will feature the musical contributions of both Dupont and Millerschin, along with Drew Howard, Bob Mervak, Adam Plomaritas, Antwaun Stanley, Chrystal Starr. Aiding the night’s production is a range of crucial production personnel, sound designers and backing musicians. GW Staton (of the Black Cyrstal Café) helped curate the show and John Bommarito from Ann Arbor’s 107one will be the night’s MC.

But, really, for Harrington, this is not only a chance to gush about a singer who has had particularly palpable influence upon the Ann Arbor music scene, but also a chance to experiment. Harringotn hopes that by utilizing a unique venue such as the Performance Network, he can hopefully stoke enthusiasm for more theatre-esque performances featuring the talent of the local music scene.

Harrington appreciates Ann Arbor’s several unique venues, from large concert halls like Hill Auditorium and Michigan Theatre to smaller listening rooms like Staton’s Black Crystal Café or Crazy Wisdom. “Performance Network is the type that fits right between that and you can’t have enough venues like this in the city, because it allows people to put on full production shows not only in an intimate setting but also inside a manageable business model.”

Harrington admits that building a show dedicated to James Taylor from the ground-up inside a historically folk-favoring music scene like Ann Arbor could have easily succeeded in a larger venue, he specifically wanted to work with John Manfredi and Suzi Regan at Performance Network, expressing an urge to “finally put a show together in their space, with live full sound and multiple artists.”

Dupont said that he hopes this creates a possibility for more cool events to be hosted at Performance Network in the future. “Honestly, I’d love to do more Ann Arbor shows that are theatre-style,” Dupont said. Each musician involved has been rehearsing diligently all month long to make this a top-notch performance. “We’re looking to create a smooth, high production ‘night-out’ kinda feel,” Dupont added.

James Taylor’s music has a transcendently calming power to it; those breezy acoustic guitars and that soft, lullaby-ish voice with its unique tinge of wary wisdom wound to it. “I felt really honored to be asked to join the show,” Dupont said, reiterating that love for Taylor’s music. “But I love being part of any project that (Harrington)’s doing. He’s a master of feel, and every gig with him just sounds great and feels easy to play.”

Harrington has considerable experience in event organizing and musical production, and Staton has helped him organize an excellent lineup of local talent, so this seems like it should be a surefire crowd pleaser. Plus, it’s James Taylor! How sweet it is!