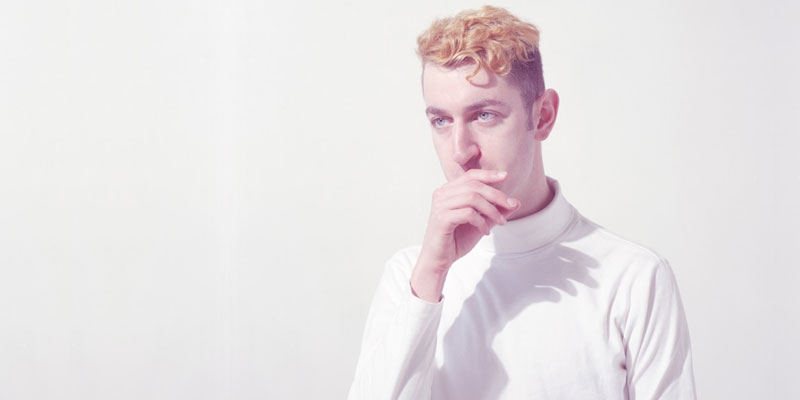 Chrome Sparks has come a long way. I mean, every time ambient/electro maestro Jeremy Malvin comes up on a tour or with a new record (as Chrome Sparks), then we, here at CURRENT, are quick to clue-in any new fans that he kinda started out right here in Ann Arbor, through the Univ of Michigan School of Music (as a drummer). He would go on to join Grand Rapids based Stepdad for a brief stint of touring, too.

But, really… dude’s basically been headed towards the stratospheres ever since he left us in the late 2000s. Not only does he regularly tour the world, but he’s got a great thing going over in Brooklyn, right now, where he was recently signed to Future Classic, a label out of Sydney Australia (with a roster including Jagwar Ma, Flight Facilities and Chet Faker).

Just this week, Malvin surpassed 100,000 followers for the Chrome Sparks’ Soundcloud page, celebrating with the release of a never-before-heard single. In the meantime, we’ve been spinning his latest EP Parallelism, a blend of a cinematic and futuristic sounding aerobi-tronic ambient/dance hybrid. These dazzling trips drift from propulsive urgencies to floating meditations, flirting with EDM and classic electronica while also blending in more moments of experimentation with myriad modulated tones and spaced-out noise with chopped/screwed samples of indie-soul haunting some of the periphery. It’s a trip…

Chrome Sparks ~ “Give It Up”

Since his launch out of Ann Arbor, Malvin has self-released several EP’s and discs, including his 2011 breakout, My <3. His latest, Parallelism, came out in December and the tour brings him through Ann Arbor on Saturday. You can typically see Chrome Sparks with a more instrumentally filled-out live presentation, as a trio (auxiliary drums/bass/guitar/etc). At this Blind Pig show, however, you’ll see a duo: Malvin, and a drummer with lots and lots of synths.

We caught up with Malvin this week to talk about touring, new music, and “homecomings…”

So, after five years, have you started finding homes-away-from-home, in terms of your favorite cities to play in? And what's it typically like coming back to Ann Arbor?

Jeremy Malvin (Chrome Sparks): Yeah definitely.  After hitting the same cities on multiple tours, I’ve made some good pals and have my favorite restaurants in a couple corners of the world.  Montreal is definitely one of them.  I’m obsessed with the food and the people, and I always forget how close it is.  Coming back to Ann Arbor is strange because all of my old classmates are gone.  They were the biggest part of what made Ann Arbor what it was for me.  What makes it especially weird is that I missed the time when everyone was saying goodbye and moving to other places, so it still hasn’t really sunk in.

What have you been looking forward to most for this tour?

Malvin: There are a few things that make this tour different from previous ones.  It’s been over a year since the last one, and I haven’t taken this long of a break since I started, so I’ve started to miss it (which I used to think was impossible).  Instead of two other musicians joining me for the live show, I’m just traveling with a drummer. We’re flying everywhere on this one, as opposed to traveling in a beat up van, so I feel a bit more like a businessman, which is super bizarre.  What I’m most psyched about though is that I’m bringing more synths out that I’ve gotten in the past year.  The more synths the better.

What kind of headspace do you find you enter when you sit down to write/arrange, and does an audience ever haunt that headspace?

Malvin: I’m not really thinking about writing for audiences when I’m working on music.  I certainly picture how they might react to something, but it doesn’t inform the process.  I connected “Moonraker” and “Give It Up” on Parallelism because they exist in a very similar sonic world, even though the vibes that an audience might get from them are different.  I’ve seen audiences get down to “Moonraker” at DJ sets, but I think live it will have a stronger effect, as it’ll be so much more tangible. Seeing where sound is coming from is very important to me, so for an audience to see the synths making the sounds is much more desirable than the vague outline of someone in a DJ booth as far as a way for me to share these tracks.

What were some of your most formative moments back when you started DJ-ing? Can you talk about that and how you think it informed your eventual-evolving approaches to live performances with a band?

Malvin: There have definitely been some moments where I’ve realized I’ve made a poor decision (while DJ-ing). One specifically was when I was opening for someone at a club that was probably a bit too bottle service-y for me to be DJ-ing.  I remember feeling the audience's disappointment whenever I played something too strange.

One of the most formative experiences I had as a DJ was throwing a weekly electro-house party at Necto for a short, productive period of time when I was a student (at UM). I was usually on from 9pm-2am, which gave me a ton of time to try things out and get a little better week by week.

The more that I DJ, the better I’m able to process what audiences want and what’s appropriate for different settings and balance that with what excites me.  I used to think that I was always right and the audience was always wrong, but I have since had some wonderful moments in which I step slightly outside my comfort zone that have proved that wrong. I can’t just DJ my all-time favorite tracks when I’m playing on a boat at sunset or playing a warehouse during sunrise on NYE.

Brooklyn can be a tough town to make it in. What's been your experience of that hectic journey and what's a "bedroom musician's" best weapon as he climbs up the music industry’s veritable Mount Doom, toward the summit of success?

Malvin: Honestly I have no idea.  I’m so bad at giving advice on this topic because I make what I like making and thankfully people enjoy it enough to allow me the opportunities to tour, sell some records, and spend my time making music.  It will always baffle me.  The only weapons I wield are dedication and a few synthesizers.

That title, Parallelism, conjures a lot of visuals or possible meanings in my head. But, what  does it mean to YOU though? And what do these songs, on a vibe level, a thematic level, an atmospheric level, mean to you?

Malvin: I would be the last one to say that these songs have meaning.  They’re instrumental synthesizer pieces at a danceable tempo that I tweaked until I couldn’t any longer.  Whenever I work on something, I strive to make it beautiful and groovy… those are the dual keystones of my work.  With Parallelism, I used a limited selection of instruments (three synths, tambourine, a couple vocal samples) to make the most emotive and rhythmic tracks that I could muster.

Two weeks into 2016, any new resolutions?

Malvin: Not this year!  The 2014 ‘eat lunch with a different person every day’ resolution was enough for a few years.