When I’ve been asked “how to break into the local music scene,” I usually say:  “…just start showing up.” Show up, hang out, meet someone, meet everyone… Support bands by showing up. Start showing up for bands you don’t know yet, if just out of genuine curiosity and enthusiasm, and then make friends.

This is Part Three of an ongoing series as Current explores the state of the local music scene, particularly probing the opportunities available for bands eager to be heard. In other words, where can they play out? We began, in September, with the Music & Arts Guild’s efforts to help spread the word. In October, we explored Arts Alliance’s investigation into the potential of founding a Creative Cooperative for local artists. Now, let’s talk to some venues!

By the way, we’re writing these features to the audiences as well; even if you’re not in a band, you’ve gotta “show up” too; without you, there’s no reason for performers to put on a show.

Let’s start at the Blind Pig

It’s never easy tackling the admittedly vague question of how a community cultivates its music scene into something that can sustainably thrive. Nevertheless, we still asked….

Porkins: “The scene can’t grow relying only on 400-person capacity venues like The Blind Pig. Bands need to grow into that venue. If you can attract 30 people to your first show, but it’s at the Pig…then all the energy you create with your music will just fizzle out. But if you get 30 people into a much smaller venue, then everybody is forced to be right up front, right next to each other. All that energy you create will multiply exponentially in that space where everyone can feel the music. When everyone can have this kind of fun at a show, they’ll bring their friends next time and the audience will grow into a thing that requires bigger venues like the Blind Pig.”

To catch you up, three months ago, our editorial staff started considering whether local bands (from Ypsi, to Ann Arbor, to Chelsea, to anywhere) were able to find enough variety of venues so that they could conceivably grow, expand, break-out, succeed. Not that venues are the answer, but still…

Porkins: “The Blind Pig has been booking less and less local shows simply because people aren’t coming out to them…we can’t afford to staff events that just don’t make money. And that’s not just local shows; we can’t take the risk of booking regional acts that also aren’t reasonably guaranteed to make a profit. We can’t just throw money out in the name of art and good taste, we’re a business, it has to make a profit.”

As attendance for local shows lightens, that necessitates heavier reliance on acts that appeal to popular/mainstream audiences. That means an accelerated depletion, Porkins said, of “the weirdness of A2.”

So what’s the remedy?
Porkins: “You want to foster more local acts and events at the Blind Pig? Show up for some of them. Scope out new bands to play with by actually seeing them live. Ask someone out on a date to one of these shows. Better yet, book your own show and put in the work to promote it on the street. Make it an epic event. Throw down $50 on some posters with basic info and put them on every pole around town. The harder you work for it, the bigger the payoff will be.”

By the way, Porkins encourages wheat paste as an ideal adhesive for surfaces around town. We’ll follow-up with Porkins in future columns online, so stay tuned.

Coming up: Theo Katzman and Joey Dosik – November 5 and
The Macpods with On The Sun – November 25

This series is an opportune time to properly introduce you to, or better acquaint you with, some other essential performance spaces (i.e. venues) in the area…

The Ark: Where Music Lives 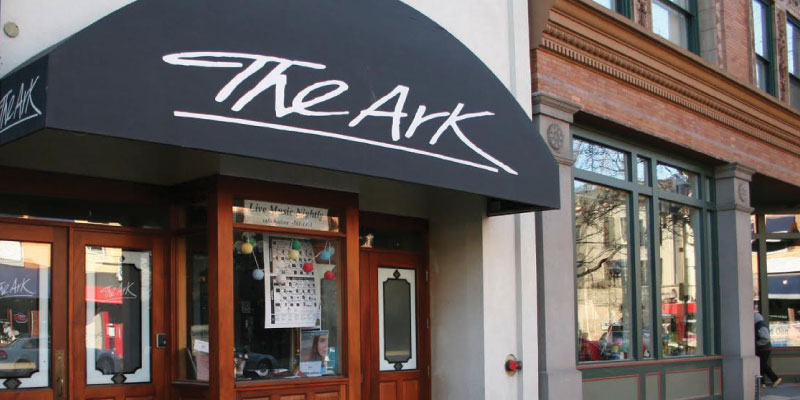 The Ark is a seated listening room environment, able to fit 400 music fans. It’s a nationally acclaimed performance space, run as a non-profit organization that curates and celebrates folk music.

Barb Chaffer Authier (Marketing Director, The Ark): “We book music genres that fall within that broad category stated in our mission: ‘folk, roots and ethnic music.’ So, traditional, contemporary, amplified, acoustic, vintage, emerging, familiar, edgy–it’s all part of The Ark’s mix that we like to call “full spectrum folk.”  What that means for the music community in the region is that we’re presenting something for almost everyone’s musical tastes But it also means, since we book to our mission, some forms of music may not be deemed a “fit” for The Ark.  There are bars that have music, but we are different because we are a place where the entire focus is on the music.  That kind of performance space, and opportunity for rising bands to play in such a space, is certainly a more rare thing than finding a bar setting for gigs.” 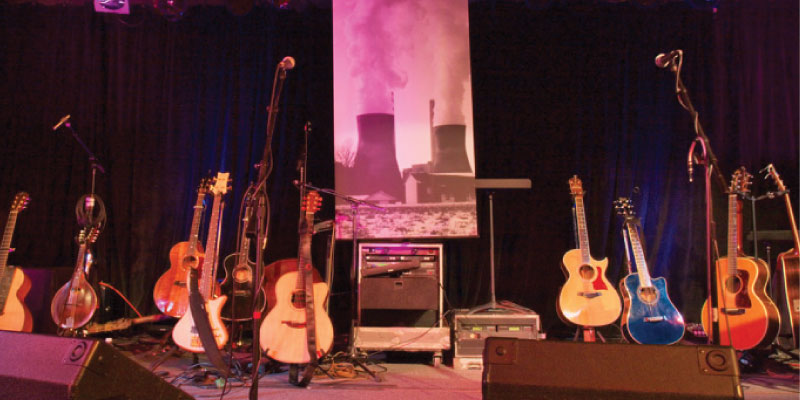 Anya Siglin (Program Director, The Ark): It really is exciting and fulfilling to see new artists develop their audiences in the region. Many artists that play The Ark as relative unknowns maybe start with drawing a handful of people to a show and build to the point of selling out the room.  We then stay with artists and have the opportunity to present them in larger venues like the Michigan Theater or even Hill Auditorium.”

Local musicians should consider The Ark’s Open Stage program, a monthly lottery-selection offering open mics where singers and groups, regardless of experience, get a chance to perform for an audience, reach new ears and build stage presence. Follow  Current ‘online exclusives’ for more information. 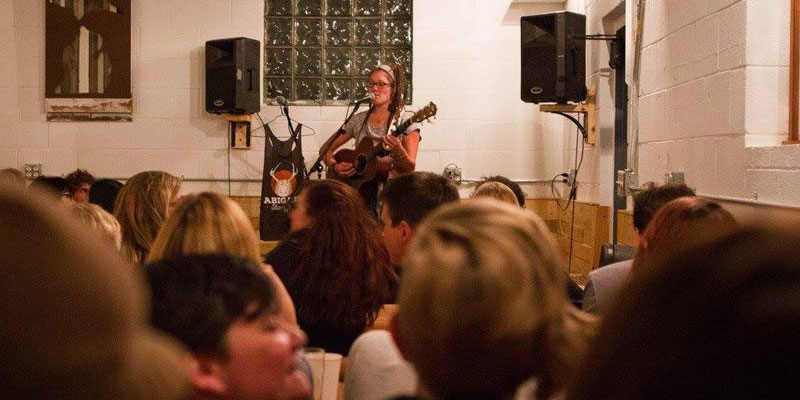 Cultivate Coffee and Tap House celebrated its 1-year anniversary last month and booking music has always been something that Bekah Wallace, part of Cultivate’s founding trio, specifically wanted to focus on in her role as Director of Community & Connections. As a non-profit, this is not strictly a music venue, but something closer to a commons area with coffees and brews, where organizations and community members can meet, while supporting the larger goal of educating and encouraging local gardeners and growers to join the fight to end hunger in the community.

Jenny Jones (Community Involvement Director, Cultivate Coffee):  “We’ve opted to continue responding to incoming inquiries (from prospective bands); however, while we enjoy live music, we are not seeking to actively fill all Friday and Saturday dates on the calendar.  We have encountered quite a few talented and well-known local musicians that understand our model and want to perform in the space. As a non-profit, we are currently providing payment in the form of tips and complimentary beverages.  If Cultivate plans a special event, we’ve worked with sponsors to help compensate the performer a bit more, but I think sometimes it is a far cry from what they are due.  Musicians can be such an invaluable piece of community life and I think their contribution is taken for granted.”

Cultivate fills a niche, or at least steps up to be a “venue” for local musicians and bands, as a multifaceted community space that hosts a variety of events, from board game nights to community outreach meetings. 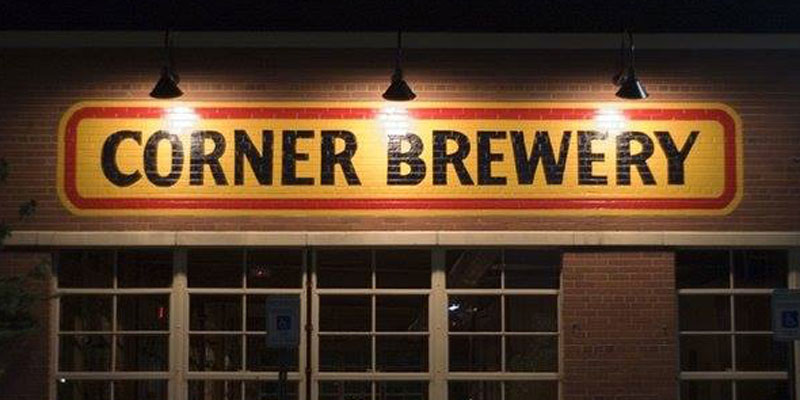 Christine Laughren (Events/Marketing Coordinator, Corner Brewery): “From a live music standpoint, I’d say one of the most rewarding parts of the job is connecting our customers to innovative local musicians. There are so many artists out there doing great work, and it’s nice to help share and expose people to new music. I love sitting in the beer garden during our ‘Acoustic Mondays’ series and just observing artists and audiences interacting. The tough part is the Brewery’s limited ability to get a wider variety of performers; the acoustics don’t lend well to larger groups, or any kind of brass, horns, or even drums, so we’re limited to acoustic acts.”

Fostering a sense of community is central to the mission of the Corner Brewery, said Laughren, who took over this role from Allen Williams in August. Some live acts are specifically curated, some come from bands inquiring to play.

Laughren: “I don’t think the music scene here ( in Ypsi) ever faded after Woodruff’s closed; it just went into different corners of (of Ypsilanti) and grew from there. We don’t have a ‘designated’ music venue, but we still have places like Dreamland Theatre, Bona Sera, Washington Street Porch Shows and the Microbrewery that are experimenting with new and different ways to showcase local musicians. I love this city because it offers artists and entrepreneurs a chance to experiment and grow. I’m excited to see what the coming year brings and I’m excited to work with the staff at the Brewery to bring some great events to the Ypsi music lineup.”

And with that, I’m out of space! BUT…… we still need to cover Crossroads Tavern and Dreamland Theatre in Ypsilanti, along with other alternative venues like The Far House and Arbor Vitae over in Ann Arbor. I’ll be following up with Crossroads, which has been consistently booking live music with greater frequency throughout the last two years, online at https://ecurrent.com. You can also anticipate more about the Chelsea Alehouse’s live music programming, as well as more on The Ark.

There are a lot of options out there, for bands and for fans. You’ve just got to show up.