The Music & Arts Guild Wants to Get the Show to You 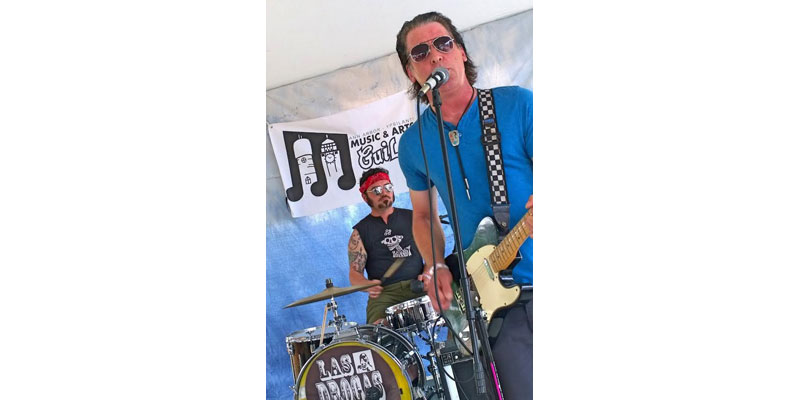 When the editors of Current asked me to explore the touchy topic of the adequacy of  live venues in the Ann Arbor area to accommodate local musicians, I went straight to the Music & Arts Guild. A conversation that can lead down a rabbit hole, I decided to spread it out over a series of articles, with a handful of discussions in forthcoming issues to feature unique organizations and artists who each offer informed opinions and insights.

Alexis Ford is a local singer/songwriter/illustrator/event-planner (and more…), who started a Facebook group online in early 2014 called DIY Washtenaw, to link up lots of bands and other music enthusiasts who had previously set up their own shows at underground venues. The Music & Arts Guild of Ypsilanti and Ann Arbor was formed from that, hosting its first meeting about two years ago.

“At that time,” Ford said, “the only non-underground venue in the area that an up-and-coming band could break into was The Blind Pig, as Woodruff’s (formerly in Depot Town) had recently closed.” But what Ford, along with the Guild’s Board of volunteers came to appreciate, was that setting up your own DIY show involves a lot of logistics, like PA’s for sound, flyers and social media promotion, supporting acts, and, last but not least, a “venue” (or loft, or basement, etc).

So the idea, said Ford, became: “‘Let’s start a musician’s collective…’ where we can all help each other out!” Now, after more than a solid year of working to promote events and concerts for artists and musicians, the Guild is applying for 501(c)3 status.

“A big reason we’re the Music & Arts Guild and not simply the Musician’s Guild is because my work with Community Rebirth had put me in touch with a lot of visual artists who had been experiencing similar issues,” Ford said. “The biggest thing the Guild does for our membership is to provide them with access to opportunities to grow in their careers. We partner with the DIYpsi Summer Festival, the Fuzz Fest, the Ton Up Fest and First Fridays to help our artists and musicians with booking.” The Guild also hosts a yearly Halloween party at Dreamland Theater — that’s just a month away, so mark your calendars!

Things are turning around slowly. “Yes, a lot of businesses now have been starting to realize that there is an opportunity to bring in customers if they have music and art-nights,” Ford said. But capacity is still an issue; spaces like coffee shops might accommodate 30 people, but what if you want to reach 300? “Really only Crossroads Pub and the Blind Pig host nights for up-and-coming bands. When I meet an artist or band looking for a venue or to set up their own show, I try to give them suggestions of other bands or artists to work with; networking is key these days. Sometimes a venue like the Blind Pig isn’t where a musician needs to go to perform. I still generally prefer a Michigan basement over a proper stage.” The board of the Music & Arts Guild includes Ford (the Guild’s President), James McGee (Secretary), and Kyle Kipp (treasurer). Elections for a Vice President and Youth Ambassador are forthcoming. Up next, the Guild wants to secure that 501(c)3 status so that they can start doing more with grants in the future.

Ultimately, the Guild is working toward acquiring its own “clubhouse, with performance and studio space,” Ford said. And the Guild’s Halloween Party on Oct 29th at Dreamland Theater will feature a “super special guest headliner…”