The soundtrack of 826 Michigan 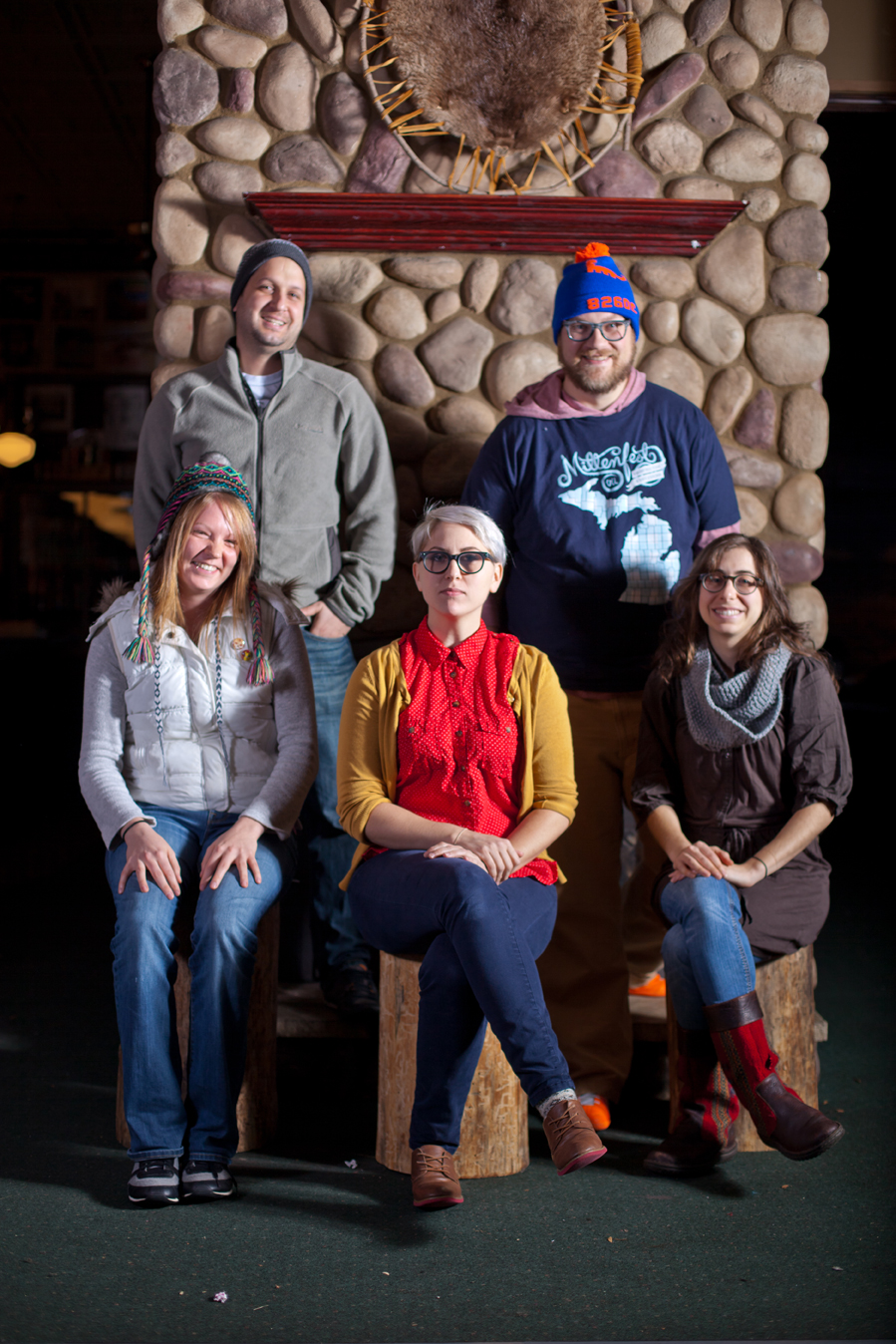 “There is so much love in the room, every night, at Mittenfest,” said singer/songwriter Misty Lyn Bergeron. That’s the key that keeps fans and bands alike continually returning, year after year, often for all five nights consecutively. “And it all started with Brandon Z sort of singlehandedly creating a music scene in his back yard,” Bergeron said. 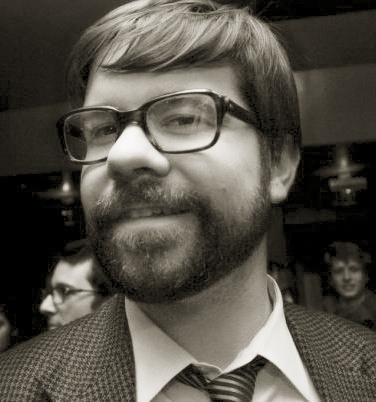 From 2004-2006, Zwaggerman immersed himself into the Arbor/Ypsi scene, hosting bi-weekly concerts at his house—concerts that served, unknowingly, as Mittenfest prototypes. He worked with the local-culture enthusiasts at the East Quad Music Co-Op and Arbor Vitae. He fondly recalls shows with Actual Birds, Canada, Saturday Looks Good To Me and Great Lakes Myth Society, “…all of that was my life.”

Zwagerman’s friend Amy Sumerton toured through New York with Canada during his first autumn away from home. He knew he’d be coming home to Michigan for the holidays and was yearning to reconnect. He suggested organizing a show to get the bands back together. Sumerton had just been hired at 826 at that point, and immediately suggested it become a benefit-concert. Thus, the initial idea for Mittenfest, a now-annual end of the year event that’s grown into a five day music festival, was born.

Zwagerman talked the Corner Brewery in Ypsilanti into letting him host fourteen performers, playing acoustic sets throughout a night splashed with lots of beer and warmed by cheery thrift-store sweaters.

Zwagerman stresses that it’s “not about” him. Mittenfest is “about the music, it’s about 826, about the holidays and friends.”

“I believe, in (Zwagerman)’s own words, he’d selfishly wanted to see as many of his favorite Michigan bands as possible, in one place, that year,” said Sumerton, current 826 program director and manager of the Liberty Street Robot Supply/Repair store. She recalls lots of sweaters, lots of beer, lots of hugging and lots of great music. “We were sort of, accidentally, onto something.” 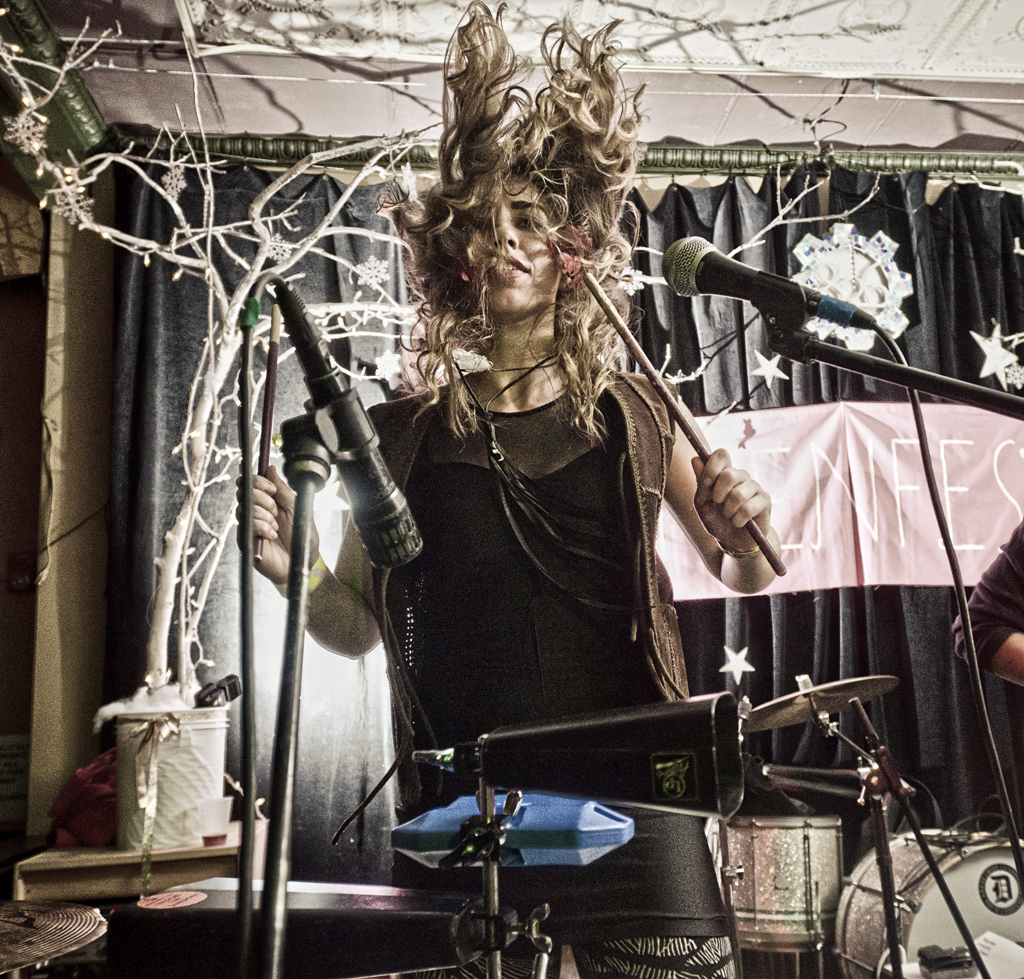 A piece of something bigger

“I loved that first Mittenfest,” said Peters. “I’d just started at Qui-Sci Records with my brother (Brian) and a friend […] Our label eventually released records by numerous artists on that first line-up (Frontier Ruckus, Fred Thomas). So, after Brandon graduated and took the job in NYC, I helped keep tabs on what was new and awesome in the Arbor/Ypsi/Detroit scene. I got involved from there and helped it grow into the five-day event it is today.”

Live music by itself can be an inspiring spectacle. But it’s doubly inspiring to see the camaraderie stoked by Mittenfest’s inherent mixing bowl effect – bridging scenes and styles from around the state into one room.

“It’s inspiring,” says Sumerton, “the way Mittenfest has very organically expanded the idea of community.” That notion, how to build, support and strengthen community, is a focus of 826’s efforts. Their staff is constantly reaching out to area adults for volunteering. “When the community at large came out to Mittenfest and everyone was learning about (826)’s work and getting excited, that had a pleasant ripple effect,” says Sumerton.

Matthew Milia has been at every Mittenfest with Frontier Ruckus. In 2007, at the second ‘fest, Frontier Ruckus performed outside on the sidewalk before their set, serenading underage fans who drove in from out of town, frosty weather be damned. Milla's troupe has headlined the last several years. “Each year it grew, becoming an annual thermometer of how these interconnected musical scenes, from Detroit to Ann Arbor, Lansing to Grand Rapids, even Kalamazoo, Traverse City and the U.P., how they were all doing, independently, but also how well they stayed in touch.”

“I’d never guess this would become such an important part of the entire Midwestern music scene,” said Colette Alexander. The cellist has collaborated with Matt Jones, Misty Lyn & the Big Beautiful, Chris Bathgate and many more.

(They are) the road crew 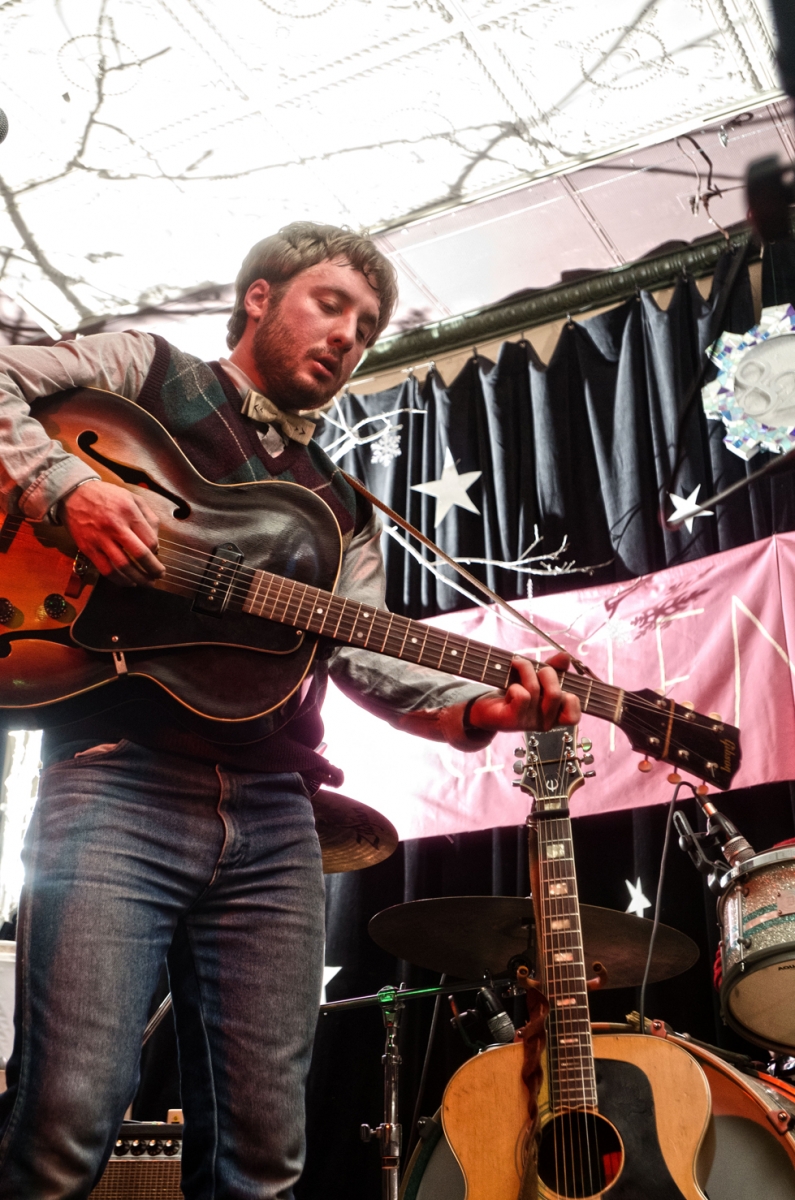 Organizing a single event, however, is not enough to keep an enterprising man like Zwagerman occupied year-round. Zwagerman currently works for an urban design firm in New York. “I essentially left my life behind,” said Zwaggerman. “I missed the people, I missed music. I missed the shows and I missed that community.”

Peters and Zwagerman recruited WDBM Music Director Autumn Maison as a project manager, this year. “Working with (Uhle) at 826 and seeing the creative writing services provided is a big motivation,” said Maison. “I have a special place in my heart for their work, as someone who wanted to be a novelist at six years’ old.”

Mittenfest has expanded and evolved. From the first shows at the Corner Brewery, they aligned with Elbow Room operator Andy Garris, who eventually helped set up Mittenfest’s home inside Woodruff’s. “Hasan Mihyar is at the helm at Woodruff’s now,” said Uhle. “And, we’re so grateful that he not only helps put on such a major event in the wintertime, but that he’s thinking of us and supporting us all year round.” 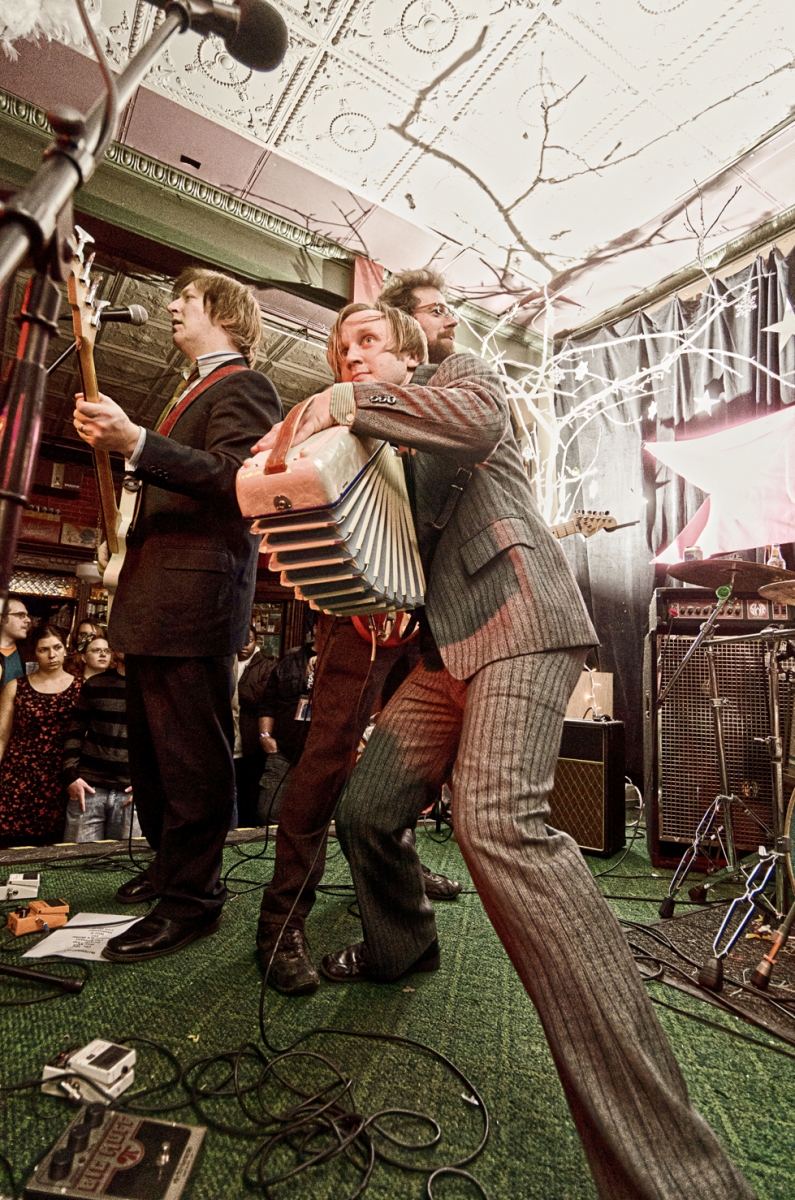 The kids are alright

“At the end of the day,” said Mihyar, “it's about the kids. Woodruffs understands the big picture and how important this fest is to 826. The cause is amazing. What’s beautiful is knowing that you ended the year being involved in a substantial donation. Mittenfest is my rush, especially when announcing the total donation.”

“It took on a life of its own and traded intimacy for “epic,”” said Sumerton. “But, from 826’s perspective, this is the best possible outcome.

“To me,” said Maison, “it still represents coming together over the holiday season to celebrate friendship over music, which is why I'm happy to be a part of it.”

“All of this engagement and self-discovery that benefits our musical community serves to make the next generation of writers and readers and art-appreciators in the area more literate and more curious,” Milia said.

The allure of Mittenfest is its unique fusion of activistm and celebration. In between folk and rock, traditional holiday songs belted amid midnight whiskey toasts, Emergence-C-beer cocktails swigged on stage between sweaty sets. Or even just the gosh-wow moment when you find your new favorite band, having never heard them before. Best of all, the heartening visual of 826 members being handed a giant cardboard check at the end, with enthusing numbers and a dollar sign. In Ypsilanti, once a year, rock music finances the future of creativity.

Mittenfest’s fundraising goes directly to creative writing programs in the city where 826michigan was born. The organization, non-profit, volunteer-run and serving 2,700 local students, started in San Francisco in 2002, cofounded by author Dave Eggers. It has chapters in Chicago, Boston and is currently expanding to Detroit (from the local chapter’s Ann Arbor base).

This fall, 826michigan offers free tutoring at Beezy’s Café. A generous grant from Detroit Edition (DTE) allowed 826 to start Detroit-area programming, with in-school residencies and teaching Drop-in-Writing at community centers. Family Writing Night started in Detroit’s Eastern Market this season, along with an after-school writing club at the Boggs Center.