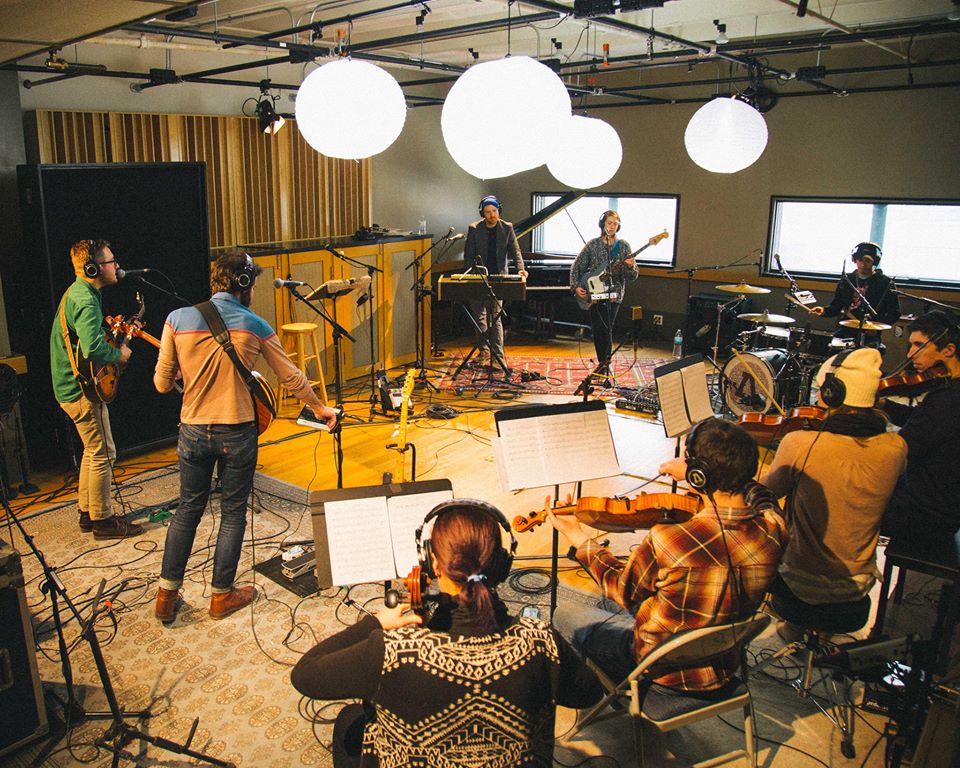 Emotions are naturally heightened for a Frontier Ruckus tune. It almost doesn’t matter which one…, but that’s particularly the case with their latest batch, Enter The Kingdom. Lyricist Matthew Milia has always had a stunning way with words, pumping up the poignancy factory by being so forthright and fearless in his confessional poetry and self-psychoanalyzing sung-spirals.

Their fifth album received glowing reviews from Rolling Stone when it was released earlier this year. It blends riffy Americana-rock and ambient, downtempo baroque waltzes that are enriched by robust banjos and thrumming organs, with the crackling, sophisticated spitfire of these startlingly relatable and nostalgic nocturnes.

So with the senses already sure to swoon and swell, why not suture in a string section? When Frontier Ruckus perform on Sept 16 at The Ark in Ann Arbor, they’ll be joined by a quartet of classically trained musicians, (following arrangements by Zach Nichols). Whereas songs from Enter The Kingdom could still translate their subtle intensities in live incarnations of guitar, bass, drum, banjo and melodica, I’m epecially eager to see the aural radiance dialed up by the adornment of orchestral instruments.

“I love just being backed by more members,” said singer/guitarist Milia, “and highly talented folks at that! I feel there is less pressure on my shoulders, then, to really carry the song, and I can then focus more on just delivering the lyric, which is the most important part to me, anyway, and for which I wrote the music to be a vehicle in the first place.”

And what better place to experience something like this, than the Ark? A temple for traditional folk music with predominantly acoustic instrumentation. The young and talented Libby DeCamp will be opening things up, with a trio featuring stand-up bass and minimalist drums under her angelic voice and guitar/banjo strums.

Frontier Ruckus debuted their string section a few months earlier during their nearly-stormed-out performance at the A2 Summer Festival.

“This lush intricate envelope of sound just seems to appear around me magically assuring me everything is covered,” Milia said of this ornate backing. “I get to live in the images a little more instead of worrying about being my own accompaniment.”

“And I love the dynamics that a string section can convey too—so capable of being both grandiose or lilting depending on what’s called for. It almost feels like cheating, how immediately a string section, with all the harmony and counterpoint Zach (Nichols) wrote into the parts, can increase the amount of affect pumping through a tune.”

Frontier Ruckus is: Milia, Nichols, David Jones, and Anna Burch
Libby DeCamp is joined by Brandon James and Adam Schreiber
See them on the 16th at The Ark
More info