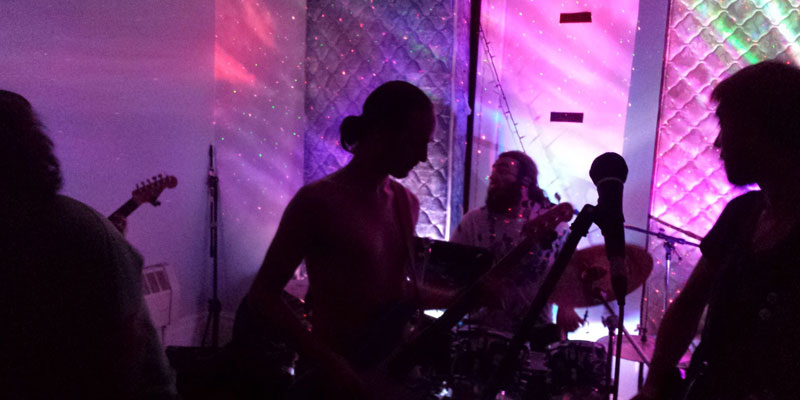 Joan Baez, the Joan Baez, will be performing at the 39th Annual Ann Arbor Folk Festival this Saturday night at Hill Auditorium. Now, I’m not about to lecture any of those unaware of the gravity of this talented artist’s contributions, not just in music, but in social activism, but I am about to remind you that the weekend’s wide-ranging revue of nu-folk, traditional folk and leftfield folk-pop also includes Yo La Tengo, Joshua Davis and many more, including the Richard Thompson. Current writer Nan Bauer covered the Folk Festival for January’s print edition, check it out.

But we’re entering February, now. In the pages of the next edition, we’ll have an interview with Tree Town Sound DJ Matthew Altruda (and his transforming of “Folk The Police” into “Folk The Pig”).

But what else is going on?

The Landmarks released their second EP (Challenge) two weeks ago. They recorded it at Assemble Sound, a lightly-gothic, half-haunted, supremely chill ol’ church in downtown Detroit, with Gordon Raphael (the guy who famously got The Strokes to sound as cool as they did on those early records). Raphael’s a good fit for The Landmarks; just as The Strokes reinvigorated the garage-punk aesthetic, this Ypsi quartet is going for the same ret/con of space-rock and indie-pop. Let’s call it cosmic-pop.

The Landmarks are joining Alaska, a Brighton-based outfit stoking the raw, caustic essence of punk and sweetening the deal with a bit of sing-a-long melodies and sleek, curvy riffs, on Saturday night at The Crossroads Pub.

Like what you hear, so far? These two Arbor-area bands are welcoming a trio of Detroit acts to our neck of the woods, including Blackout Lion, The Bruised Reed and Mountain Club (the latter, of which, released their own debut about two months ago). Guaranteed: voluminous exuberance.

Tomorrow night (Friday evening, that is), Stormy Chromer will be up in the Club Above in Ann Arbor. I’d recommend this band if you’re yearning for something refreshing, something enticingly weirder than what you’re used to, some cool composite of ambient-pop, jazz-rock and smooth/cerebral psychedelia. In its first two years, this quartet have started reintroducing the vibe-centric, tone-worshipful, space-exploring notion of the jam-band aesthetic (or, call it prog, or maybe post-rock, it’s just groovy…).

Here’s a live cut from December 2014, “Pizza Mind” illustrating my points. However…the band have demonstrated their versatility when they started off this new year with the release of “Virginia In Vermont,” which leans more towards the mellifluous milieu of a Simon & Garfunkel trip, albeit sufficiently space-jazzed-up…