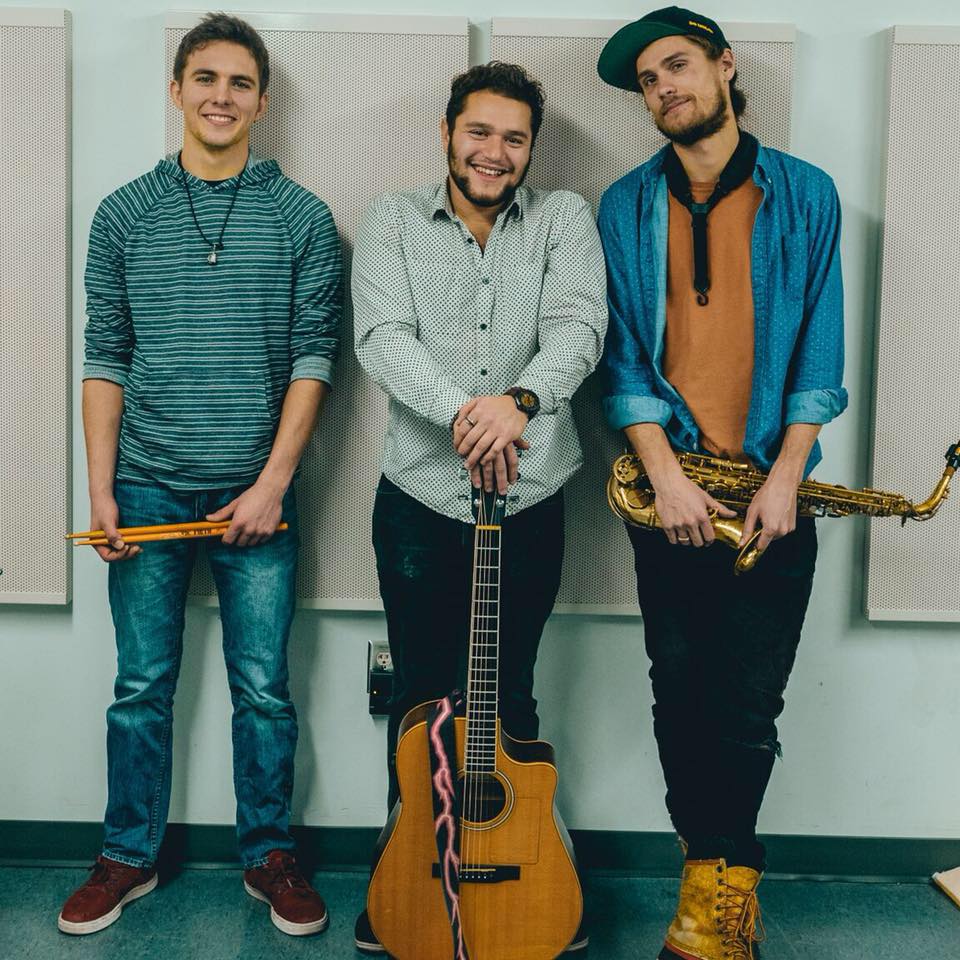 Nadim Azzam bridges folk to pop to hip-hop. He brings an acoustic guitar with lyrics that can often wear the proverbial heart on the sleeve, but the chording is concentrated into quickened pop-hook staccatos with a soul intonation that sings catchy choruses but raps descriptive bars in between.

I’ve come to believe that no one fits in a single genre any more, these days, but this Ann Arbor based songwriter more than epitomizes that hypothesis. This omnivorous fusion of styles and vibes comes naturally when one is obsessed…, well, healthily obsessed, with music…, as Azzam is!

“Music has always had a profound effect on me, from my earliest memories of listening to Beatles’ records or Eminem or Red Hot Chili Peppers, or Guns N’ Roses…,” Azzam said. And before we quote him again, just imagine a sonic stew that includes flavors from all four of those namechecked. “I’ve always found peace in the music I listen to…, it’s therapeutic for me. I always wanted to create that for other people.”

Though his voice and the rhymes of his sinewy lyricism is integral to the signature sound of his songs, it was the guitar that served as an entry into music. Metal music, actually! And his mom noticed how smitten he was with the instrument, with Azzam having just learned how to play Ozzy Osbourne’s “Crazy Train” from a nextdoor neighbor, so she got him a guitar and lessons soon followed….

While that single you just streamed above centers around melody and the intricate acoustic guitar, Azzam admits that he kinda wanted to be Slash (from GnR) when he was younger. ” At the same time – but completely separate from my rocker ambitions – I started writing raps and spoken word poems.  In fact, “Here’s to Changes,” the title track on my EP, was the first rap I ever wrote when I was 13 or 14….”

“I feel like I’ve always had the songwriting bug, or the writing bug in general, and it manifests itself through whichever mediums I can find and get my hands on the moment; whether lyrics, essays, short stories, guitar instrumentals, or beats.”

But as we hinted at, Azzam emerged, at first, as a hard-rock/metal guitarist, strictly playing instrumental tunes. But as he started writing more and more, the rapping and the singing began to blend together organically.

“I’ve always tried to create what I like to listen to, which is a broad range spanning from classic and hard rock to hip hop and electronic music, and what comes out is the combination of those influences. I used to feel insecure about wanting to do so many different kinds of music, and some people would tell me I needed to pick a genre. But I’ve always followed my instinct and written what feels right, and it seems to work out!”

His debut EP, Here’s to Changes featured songs written between the ages of 14-18, but he had just put off releasing something as a solo project because he was occupied by his other band, The Euphorics. That band broke up, so he then hit the ground running…

…and momentum was built up fairly quickly…enough to where he joined Matisyahu on tour. ” The Matisyahu tour was a really incredible experience.  It was like jumping forward in time and getting a real taste of my dreams.  It was the best first tour experience a young musician could ask for.  I lived on the bus with Matis and the band, and played to hundreds of people each night.  It affirmed my aspirations and showed me that what I’m after is possible.”

But it wasn’t all just rock-star-esque glamour, Azzam said. “There was also a social/political focus of the tour, where we met with students at each university and had a discussion about the Palestinian Israeli conflict and the role of art in connecting people.  The whole thing was a very powerful and inspiring experience, and I got to meet some really incredible people.”

And even if that tour was exciting, Azzam is quick to assure that he’s intent on contributing to the strengthening of a local music community back here at home. “There are so many passionate and brilliant creatives here in all genres, and I’m excited to watch the scene grow and contribute in whatever ways I can. It’s all about the win-win mentality and working together to build. If anyone wins, we all win. I love to see artists from here killing it and getting love.”

And he’s working on new material that’s continuing to go into several diverse directions. He performs with a trio, now, featuring saxophones, drums and bass. And his latest influences include Kendrick Lamar, FKJ, Galimatias and several others, including the new J. Cole album. The band just filmed a music video that will be out this month, demonstrating their mix of live instrumentation with hip-hop/electronica production. He’ll be busy…, with these shows, a solo electronic hip-hop EP, a four song EP with the band, and some collaborations with other local artists.