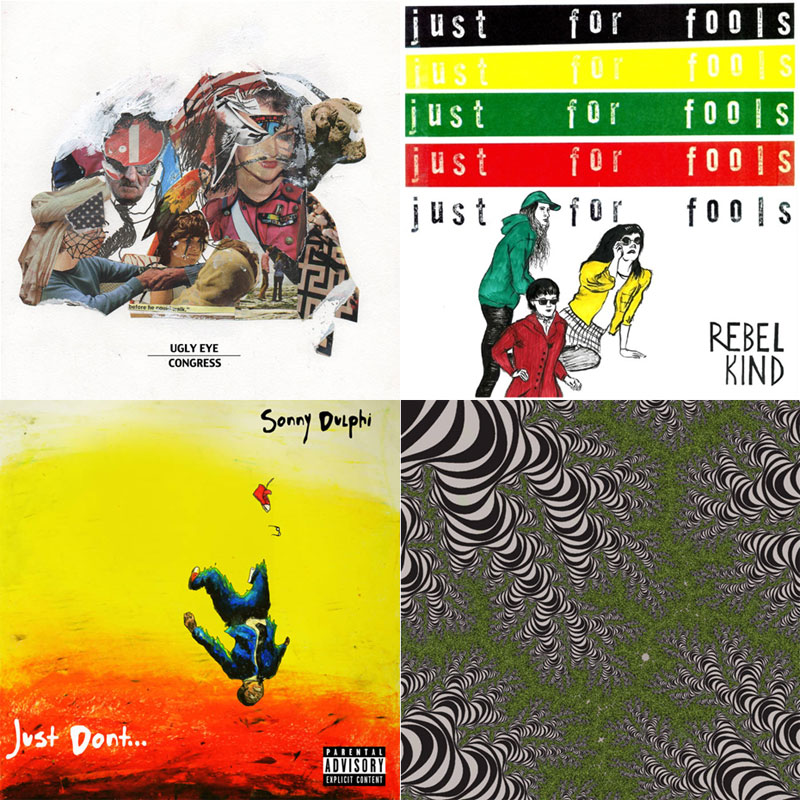 As we arrive at the end of the year, I inevitably get sentimental, and I feel compelled to thank each and every one of you who regularly check this site and pick up print editions of The Ann Arbor Current. That said, I want to also thank each and every musician, bandmember, singer/songwriter, producer, sound-creator, performer, everyone…, for all of the consistently interesting, exciting and dynamic work they’re producing, year-in and year-out.

List-time! Follow links to bandcamps and keep your eyes peeled for upcoming appearances from these bands at venues around town.

I’m still just as obsessed with this song as I was when I heard it 350-some-odd-days ago when the album premiered. Splendid rock ‘n’ raucousness, angular post-punk acrobatics, gutsy/garbled poetry warbled and wailed over slick riffs and hypnotic drums. The sound of a storm becoming ever more graceful.

Check out our interview from last week with Ypsi-based emcee/producer Matt Hughes, aka Sonny Dulphi.

I had “Self-Talk” stuck in my head for a month. Singer/songwriter/guitarist Mary Fraser exorcised a lot of demons on her first album with Child Sleep, but this one spreads the musical-therapy-love to the listener, with reassuring refrains like: “You’ll sort it out in time…” It relaxingly revs me up, each time.

This song is like a tidal wave in super slow motion. The poignancy of the vocal intonation and the self-deprecating lyrics, the distorted guitar sludge, the tranquilly-punching beats, it all splashes over you so, so steadily, a soft-smoosh…but you’re blown over by it.

Glorious, wobbling ricochet rock, unhinged like punk, heavy like the proverbial metal, fast like rock ‘n’ roll and anthemic like Americana, but free of gloss or shine, like a truck barreling through mud pits or, maybe, just a bit of healthy front-row moshing.

So pretty. So groovy. Resplendent neo-psychedelia and charmingly chugging folk-pop, woven up with wonderful melodies, dulcet guitars and sturdy rhythms. I feel like Stormy Chromer could make an acid jazz record, they could even make a black metal record, I sense that versatility; but lucky enough for us, they’re channeling those talents into something sweet and swirly that skews to just the right amount of dark-sider-quirk.

9.) The Ragbirds – The Threshold & The Hearth

The Ragbirds, led by Erin Zindle, were already top-notch musicians and performers, they were already one of the more eclectic outfits around the state (if not the country), and they’d already proven their sensibility for blending world-music with pop, gypsy-folk with jazz, all across a cornucopia of intriguing instrumentation.

I tend to fly off the handle with vibrant adjectives, dreamlike descriptions and trippy ruminations whenever I listen to Storm Ross’ music, as you can see here.

After the year we’ve had, couldn’t we all use a “Permanent Vacation”

I know this was supposed to be a “top 10,” but Haywood has been, and still is, such an integral creative component in the Ann Arbor music scene, even if he lives in Hamtramck now. So, while he’s not “local” (as my headline suggests,) his album is still one of my “favorites.” Read more, here.

Did you catch that part in the opening paragraph where I said I was trying to keep this to just “10?” Louis Picasso released a flurry of singles throughout the year, check it out.

Okay, okay… last one! But what a song to go out on! Remember the healing power of music, remember how much all of this, the scene, the shows, the songs, can mean to you, for you, for all of us. It’s a community, it’s a family…sometimes it’s a church. Happy New Year, everyone.

Coming next year? Fred Thomas is putting out an album in January; stay tuned. Okay….., I’m out.