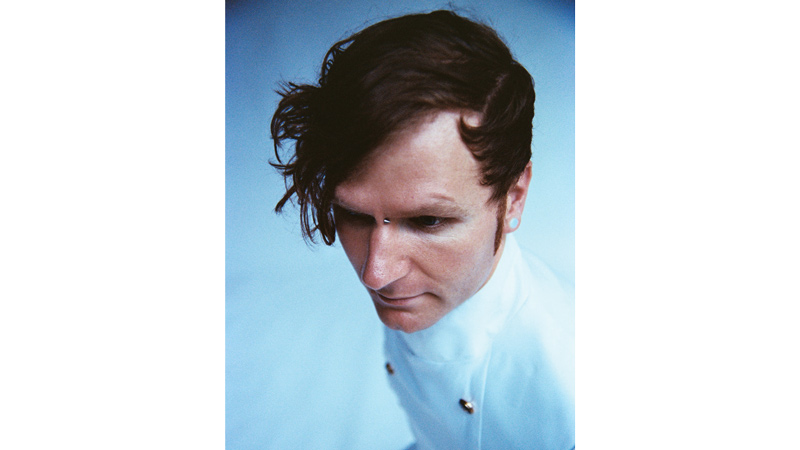 Music forges connections. And with an artist like Tyler Duncan spending the last 15 years in the producer’s chair for albums by Michigan-based artists, music cultivates versatility.

Ann Arbor-based Grammy-nominated multi-instrumentalist composer/producer, Tyler Duncan’s fall/winter slate of production/writing-contribution credits include the forthcoming debut album by singer/songwriter Madeline Grant, followed by new releases from May Erlewine and Theo Katzman. As well, he is now working on the production of an Ireland-based artist’s fusion of funk, soul and R&B with strictly Gaelic lyrics.

This is a time to look back, at a moment in time, 10 years ago, when Duncan, along with Katzman, Chamuel, Joey Dosik, and many others, were on-the-rise with the release of a full length album (back in January, 2009) by a veritable super-group called Ella Riot, (f.k.a. My Dear Disco). It’s remarkable to look back and see how many of those artists, from the U-M school of music, went on to substantial (and still flourishing) careers in music.

“I just feel incredibly lucky that I was in that place at that time and got to experience a special moment, while so much great music was being made and people were really reaching for stuff,” said Duncan. “And not a lot of traditionalists among them; we were all amalgamists that gravitated toward each other. And it was an amazing time to graduate together and hit the road and go full time and cut our teeth on trying the music life.”

A noteworthy facet of Duncan’s career is his versatility. Not only did he lead the fusion of pop, rock, funk, and techno with Ella Riot, but he also went on to write/produce high energy pop with Katzman, tender Americana-folk with Erlewine, and classical baroque instrumentals for the Grammy-nominated Kittel & Co.’s Worhls album.

On cultivating versatility, Duncan said that “…we all have different personalities, and I’m . . . a curious one, coupled with a sort of obsessive (personality), so I think, then, I’m also a person who craves the sort of feeling of new information that stretches me just enough. I like that sort of thrill of being right at my threshold of understanding. Sometimes I’ve questioned it, like wondering if I’d just picked one thing and stuck with it? Or have I stretched myself too thin? I let that go…these are the cards I got, and I’m doing what I like.”

Following a penchant from childhood

Speaking of doing what one likes…Duncan opened up about the topic of pop music. Sure, some of the records he’s helped produce are at the other end of the spectrum, but one of his signatures has been to manifest just what he’d set out to do as an 11-year-old, determined to find interesting, context-defying circumstances for fusing unique tones and timbres, threading them into indelible, stuck-in-your-head melodies.

“The same pillars that make pop music good also make Beethoven’s 5th Symphony good: melody, strong themes and the amount of variation that keeps you excited and wondering what’s going to happen next. Whether you use advanced harmonic structure to move those themes along, or vary them so that it’s surprising, the mechanisms for ‘pop’ are no different than for jazz or classical.”

With that mindset, the average listener could look at what Duncan does…monotonous mixing procedures and mastering/balancing frequencies…and wonder how he finds fulfilment amid that necessary tedium. “What makes what I do great is to be able to create a thing that makes me feel connected, and if that thing I feel is a medium for more people to connect, whether to each other or to themselves, then that’s music at its best!”