The Growlers Come to Town 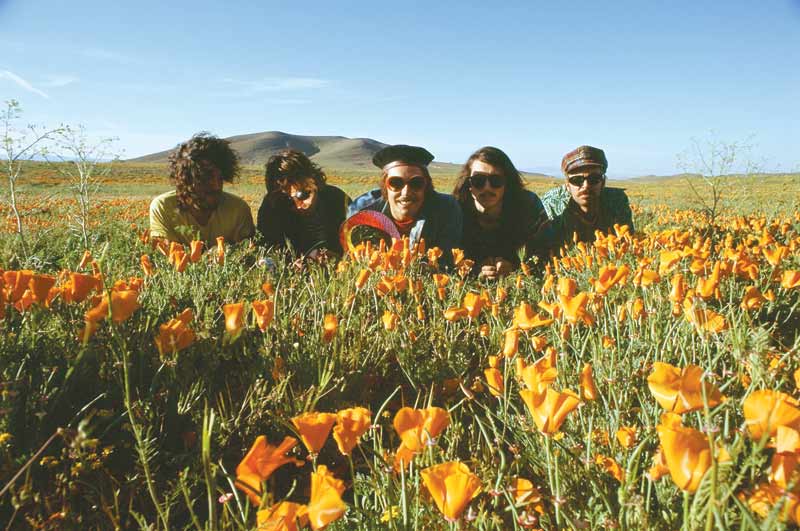 The Growlers weren’t serious at the outset. And after seven years together, they say that hasn’t changed much. But with a newly minted record on the shelf and a European tour on the books, The Growlers are as serious as ever. The Costa Mesa-based rock quintet, led by Brooks Nielson and Matt Taylor, release their fifth full length record, Chinese Fountain (Everloving Records) this month and are coming to the Blind Pig to support it.

“Yeah, being in a band really stunts your growth,” laughs Nielson, “we’re being pickled by alcohol and preserved by not changing our scenery. We just play shows and make music. And as far as free time, we still do the same things we love: hang out with friends and family and surf as much as we can.”

The group, with Scott Montoya, Kyle Straka and Anthony Perry, have become known for their surfy tempos and raspy, lilting vocals. Some call it ”Beach Goth”—a label the group has taken and used as the title for the SoCal music festival they’ve been curating for three years.

“Some things don’t need words / you know you’re living / when it all becomes a blur.” This lyric shines amid the organ hooks and bass tones of “One Million Lovers,” a single from Chinese Fountain. It’s exemplary of many of Nielson’s disarmingly contemplative and philosophical lyrics.

“It really does turn into a blur, non-stop,” he admits of his experience as a full-time touring musician. “But I know what I’m doing. I’m able to step back and realize that I’m creating something. It’s better than working aimlessly without knowing. I can focus all my energy into one thing and I can take a step back and see that we’re making people happy.”

Five years ago, Nielson admits, he might have felt uncertainty. Thoughts like “what the fuck am I doing in a band?” suggested that he considered the possibility of getting “a normal job.”

“I know now there’s no backing out. I’m gonna make music till I’m dead… I know how easy it is to make music. But for me, lyrics put musicians into a different category; they make them great.”

Lyrics aside, the band does focus, now more than ever, on fine tuning their musicality. “We stepped it up on the audio level for Chinese Fountain,” said Nielson. “Sonically, it’s better, and the band is performing better than ever. We opened it up more to see what would happen and I have faith in these songs. And I was never deliberately trying to make music that wasn’t accessible to ‘everyone.’ It’s just we write songs ‘in a mood.’ But, I think it’s a good step for The Growlers to have a record that’s sonically competitive, beyond a ‘garage record.’”