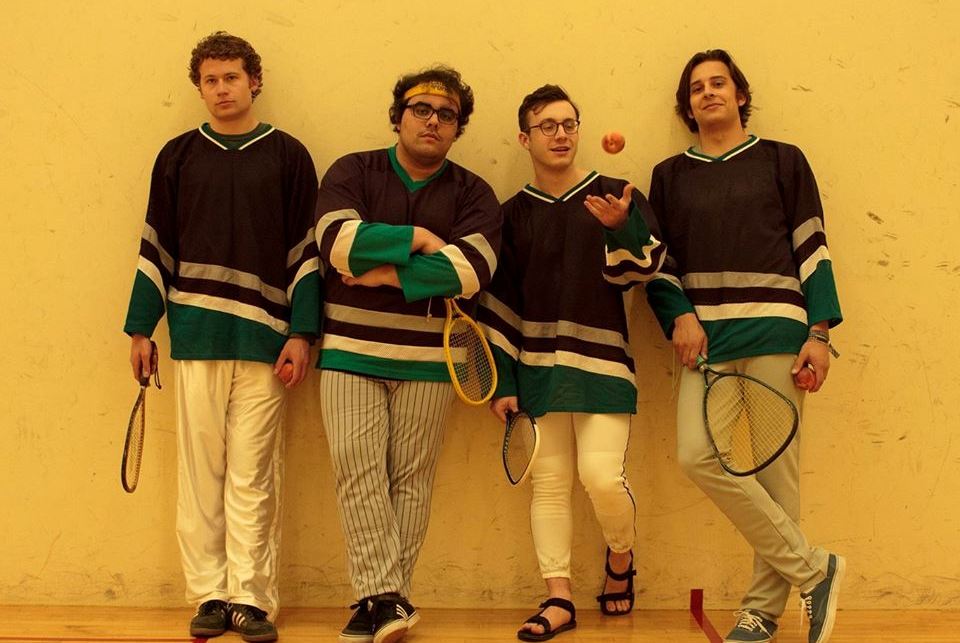 It never fails. It happens every January. I happen upon a band… (A more melodramatic music writer would say they “discover” a band)… And I say to myself, with giddy yet confounded enthusiasm, what took me so long to find this band?  Ya know, it’s sort of in that vein of organizing, processing, and posting your Best Of The Year lists in December, and suddenly “happening-upon” a band that you totally missed out on, somehow.

It happens every January. And this time, I gotta say, I wish I was listening to My Girlfriend Beru earlier than just this last week, already!

My Girlfriend Beru are an Ann Arbor based quartet of U-M students that got started just a little over two years ago. Here’s a single from an EP they put out late last year:

My own reason for loving it is that I feel like it combines power-pop with grunge and then the speeds things up to the tempo of punk. It’s melodic and beastly at the same time, tender and sleek, yet gnarly and unhinged. Actually, I think they might remind me of Sebadoh!! I hate name-dropping to give you quick references, but it’s sewn into my excitement for this band because I rarely get to make proper, certifiable Sebadoh references!

Or maybe I could make some Superchunk references. Or some Replacements references?? There’s something invigorating about a distorted guitar that sounds so tightly wound, a jetstream of reverb over an aerobic drum beat and a driving bass, to have that tight, riffy, post-rock formation swerve so refreshingly into the other lanes of noisy punk and even some face-melt-able solos. It’s anthemic without being poppy, rowdy without being confrontational, gritty without being dark or bleak.

And I keep talking about how energetic and rousing their blend of rock can be, but they can also get into softer, folk-pop territories with songs like “Prelude!”

But why am I being so hard on myself when, for all I know, this could very well also be your very first time hearing about My Girlfriend Beru… Let’s make amends together and make sure to check out one of their shows in 2018.

My Girlfriend Beru’s next show is this Thursday at the Blind Pig, with Detroit-based singer/songwriter HALA.

Also, Detroit-based Brother Son are bringing their sunlandic power-pop to that same lineup and if you haven’t checked them out yet, then listen to “Confidence”

For more info on this Thursday’s show, click here.